The scenario of a hard Brexit would “increase the likelihood of Scotland becoming independent,” Scotland’s First Minister Nicola Sturgeon has told EURACTIV in an exclusive interview. Her comments come as hard and soft Brexit Conservatives start jockeying for the vacant UK prime minister role.

Touching down in Brussels on Tuesday (11 June) for bilateral meetings with EU Brexit negotiator Michel Barnier and Commission President Jean-Claude Juncker, a spirited Sturgeon said that the possibility of a hard Brexit would make the option of Scottish independence more feasible for voters in the country.

A hard Brexit, Sturgeon said, “will lead many people in Scotland to consider that independence is not just desirable, but that it has become more urgent to protect ourselves from the damage that a no-deal Brexit would do.”

EURACTIV pressed Sturgeon on whether she thought the key to Scottish independence could, in fact, be hardline Brexiteer Boris Johnson as the next UK prime minister.

Johnson has said he will refuse to hand over the £39bn EU withdrawal payment until the bloc offers the UK a better deal, and has committed in no uncertain terms to withdrawing from the EU by the deadline of 31 October 2019.

“The key to Scottish independence is a majority of people in Scotland confidently deciding that we should be an independent country,” Sturgeon said.

“Brexit, or the prospect of Boris Johnson or any of these hardline Brexiteers being prime minister, will undoubtedly further illustrate the divergent paths politically that Scotland and the rest of the UK are on,” she added.

With the race for the next UK Prime Minister firmly underway, other Conservative candidates for the job have been running their campaigns the UK’s future relationship with the EU. There are currently 10 candidates in the running for the position. 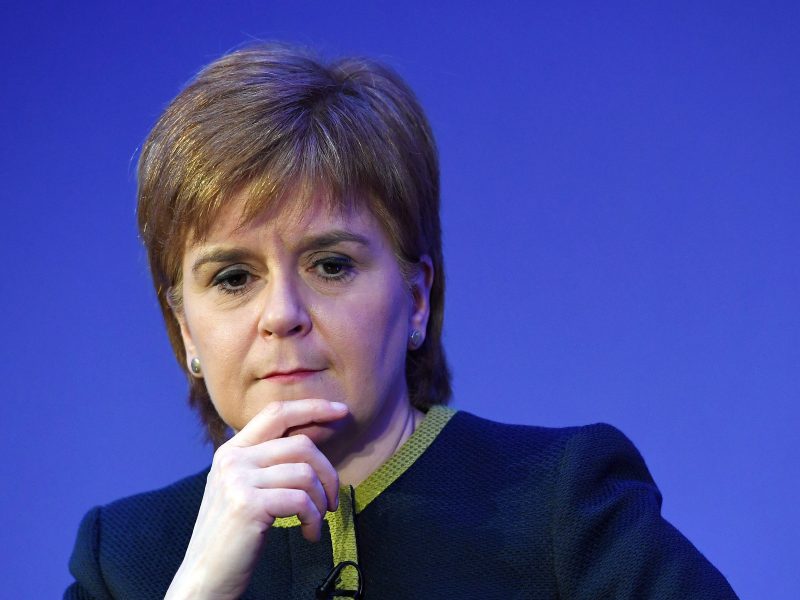 Scotland’s First Minister Nicola Sturgeon set out her timetable for a second independence referendum by May 2021 on Wednesday (24 April), blaming Brexit chaos for having “exposed  a deep democratic deficit at the heart of how Scotland is governed”.

Alongside Johnson, one of the other favourites to obtain the job, Environment Secretary Michael Gove, has said he would consider a further delay to the Brexit deadline and would attempt to negotiate changes to the ‘backstop’ – an insurance policy agreed between the EU and the UK to avoid a hard border between Ireland and Northern Ireland.

Matt Hancock, the current health secretary, is considered one of the more  ‘softer’ Brexit candidates. For him, the choice is between leaving the UK with a deal or not leaving at all. Hancock would seek a free-trade agreement signed off by the EU and the UK, as well as the rights of EU citizens enshrined in law.

On the harder side of the Brexit debate, the former leader of the House of Commons, Andrea Leadsom, has said leaving the EU by 31 October is  her “hard red line”, and in order to achieve this, Leadsom would lead a delegation of government ministers to Brussels in September to ensure that everything is in place for the UK’s exit by the end of October.

Meanwhile, many on the ‘Remain’ side of the Brexit debate are continuing to show frustration with the Labour leadership for its lack of a coherent position on the issue of the UK’s withdrawal from the European Union.

Reports surfaced on Monday (10 June) of a ‘heated’ meeting between Jeremy Corbyn and fellow Labour Party MPs, with pro-EU MP Peter Kyle reportedly holding Corbyn to account over his failure to back a second referendum on the UK’s membership of the EU.

For her part, Sturgeon was unambiguous in saying that should the UK leave the EU on 31 October without a deal, the Labour party must be held responsible for its inability to support the notion of a second referendum and form a Remain-coalition in the House of Commons.

“Jeremy Corbyn is the roadblock barrier to building a coalition behind a second referendum,” Sturgeon said. “If the UK crashes out of the EU with no deal at the end of October, the primary responsibility lies with the Conservatives and those that advocated Brexit, but not far behind there will be Jeremy Corbyn, whose prevarication will have made it harder to avoid that outcome.”

“I hope that we see Jeremy Corbyn and the Labour party finally come off the fence and get behind a second referendum. I think history will judge them very harshly if they don’t.” 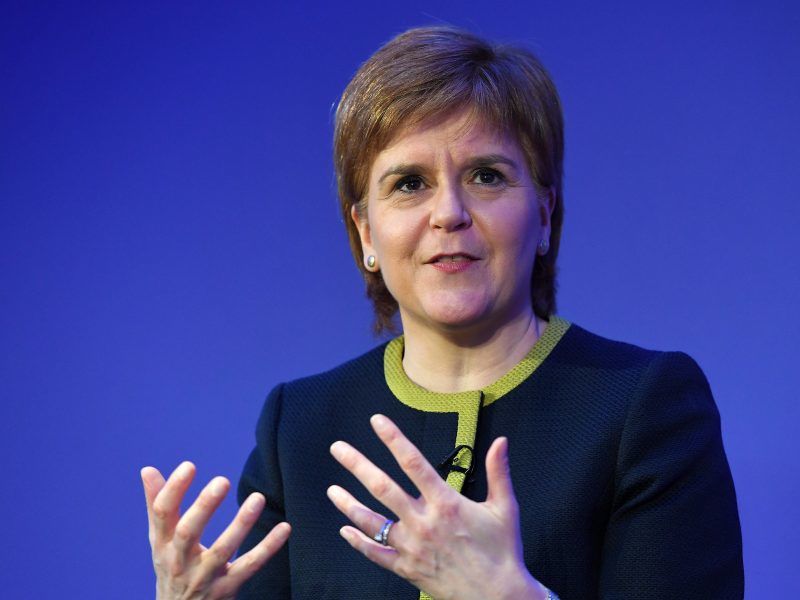 May to meet Scotland's Sturgeon after Brexit standoff

Scottish leader Nicola Sturgeon accused the British government of “talking-up” a no-deal Brexit, making it more likely the UK will just drop out of the European Union at great cost to the economy.

More broadly, Sturgeon also reassured Scottish citizens living in the EU that SNP politicians would seek to protect their rights as the 31 October deadline approaches.

She added that when and if the UK withdraws from the European Union, she would expect Scotland’s path back into the bloc to be straightforward.

“I think it is inconceivable that the path [of Brexit] doesn’t end with Scotland being warmly welcomed as an independent member of the European Union,” she said.