Support for UKIP slips before May election 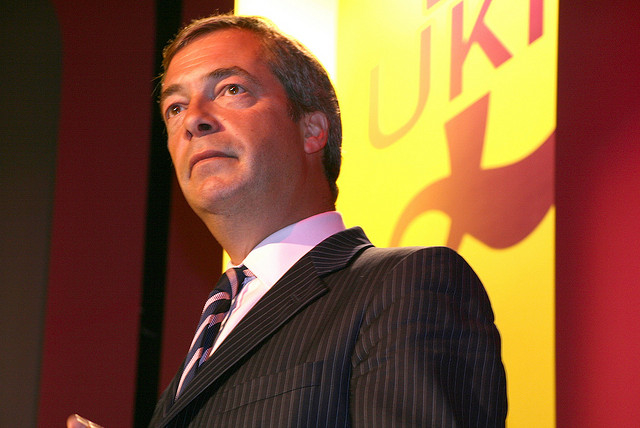 Support for the anti-EU UK Independence Party (UKIP) has slipped less than three months before a national election, following a slew of negative publicity, denting its hopes of winning more seats in parliament, an opinion poll showed on Tuesday (24 February).

UKIP won European elections in Britain last May, has regularly been getting 15 percent in opinion polls, and has even spoken of holding the balance of power after the election.

But a Comres poll for the Daily Mail newspaper put the party – which wants Britain to leave the European Union and cut immigration sharply – on 13 percent, down 4 points since January, its lowest share of the vote since last April.

An Ashcroft poll on Monday put UKIP on just 11 percent, down 5 points in a week, just days before it tries to galvanise supporters at its spring conference in southern England.

The softening in UKIP support follows a TV drama which imagined it ushering in a period of racial unrest and economic pain after winning power, and the broadcast of an embarrassing documentary which featured a UKIP councillor saying she had a problem with “negroes”.

A YouGov poll in the Sun newspaper showed more than half of voters now want the Conservatives – in a ruling coalition with the Liberal Democrats – and the opposition Labour Party to rule out a post-election pact with UKIP.

Both are level in many polls before the May 7 vote.

UKIP has just two lawmakers in the 650-member lower house of parliament, despite a period of rapid growth in membership and public support, but even so threatens Prime Minister David Cameron’s re-election chances by splitting the right-wing vote.

With new-found caution when launching UKIP’s election campaign this month, leader Nigel Farage was reluctant to predict how many seats it would win, and suggested it would only make a “massive” breakthrough at the next election in five years’ time.

That appears to be a recognition that Britain’s winner-takes-all, first-past-the-post electoral system will make it hard for UKIP to convert its appeal into seats.

UKIP has said it wants to abolish the electoral system, which it calls “bankrupt”.

The Comres poll interviewed 1,004 adults by telephone 20-23 February. Data was weighted to be nationally representative.

0 responses to “Support for UKIP slips before May election”