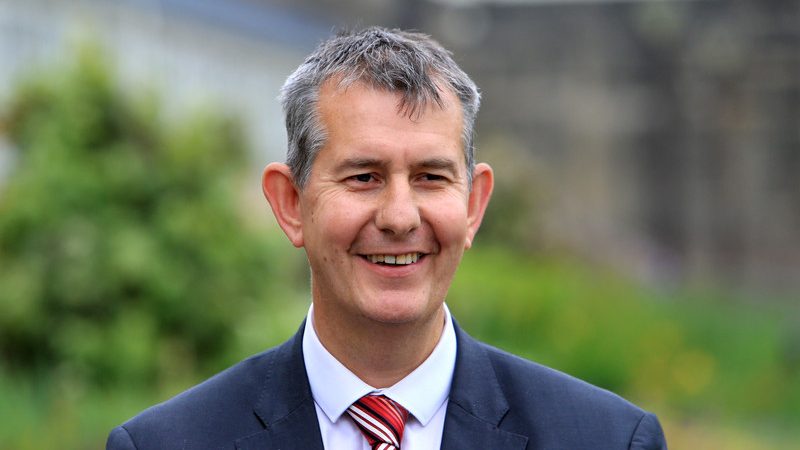 The Northern Ireland government’s decision to unilaterally suspend a key part of the Northern Ireland protocol brought a swift backlash from the European Commission on Thursday (3 February), which accused it of breaking international law.

“This announcement has created uncertainty and unpredictability and certainly no stability, so I’m not sure what the purpose of this move is … it’s an absolute breach of international law,” Ireland’s EU Commissioner Mairead McGuiness told Irish broadcaster RTE in response to the move.

Poots, from the pro–British Democratic Unionist Party, which opposed the Northern Ireland protocol, said he had received legal advice that meant he could direct the checks to stop.

The protocol, agreed as part of the UK’s Brexit deal with the European Union, introduces customs checks on goods travelling from Britain to Northern Ireland to avoid a hard customs border between Northern Ireland and the EU member Republic of Ireland.

Meanwhile, the DUP’s First Minister Paul Givan announced his resignation in protest at the protocol on Thursday, a move that would prevent the Northern Ireland executive from making new decisions on the policy before elections in May.

The Northern Ireland executive is a coalition of ministers representing both sides of the divide – the pro-British unionist and Irish nationalist communities.

The DUP is campaigning for the protocol to be scrapped and argues that the imposition of border checks effectively takes Northern Ireland out of the UK’s single market.

Both the unionist parties and the UK government have complained that the EU’s implementation of the protocol has damaged businesses and upset political stability in Northern Ireland.

However, the Irish nationalist parties Sinn Fein, the Social Democratic and Labour Party, and the neutral Alliance party, support it.

Opinion polls suggest that Sinn Fein is likely to be the largest party in the next assembly, while the DUP is facing a tough battle to hold off the more moderate Ulster Unionist Party to remain the largest unionist party.

Meanwhile, Edwin Poots is struggling to be adopted as a DUP candidate.

The UK government, which is seeking to renegotiate the application of the protocol, has played down its role in the new dispute, saying that the operation of checks is a matter for the devolved Northern Ireland Executive.

However, since the protocol forms part of an international treaty between the EU and the UK, the decision by the Northern Ireland ministers leaves the UK government in breach of the agreement.

Simon Hoare, the Conservative MP and chair of the Northern Ireland select committee in the Westminster parliament tweeted:

“In relation to NI Protocol checks: I’m a Conservative. I believe in the Rule of Law and adhering to obligations we voluntarily entered. There’s no ifs and buts on this. The reputation of the UK on these matters is important. Anyone who cares about the UK should feel the same.”