Anti Brexit sign is seen on the border village of Belleek, County Fermanagh, Northern Ireland, 2 June 2018 . Northern Ireland has voted to remain in the EU Referendum by a majority of 56% to 44%. [Paul McErlane/EPA/EFE]

Supporters of Brexit in London have hailed Brussels’ embrace of remote, high-tech customs controls as a sign that EU chief negotiator Michel Barnier is giving ground in order to resolve a stalemate on Northern Ireland that has held up a deal.

Less highlighted is that Barnier is not talking about the north-south land frontier with EU member Ireland, long the focus of dire warnings about a “hard border” that could revive sectarian violence in the north; his focus is rather east-west trade, between the British province and the mainland, where British officials still insist there must be no new border.

“We are not talking about technology to solve the border on the island of Ireland question,” he said. “Whether technology can help east-west trade is a different question — to make the checks as simple and as de-dramatised as possible.”

A reheat of ideas already shown to be unworkable. EU & UK negotiating teams are rightly focused on a #Brexit that delivers on the commitments of last Dec. & March and the guarantee of no hard border. Time is short, we don’t need distractions like this. https://t.co/8H5DKO1kuQ

If Prime Minister Theresa May is now considering Barnier’s deal — “de-dramatised” in his words, with added assurances that Brussels has no wish to divide the United Kingdom — then it will be, in the view of EU officials and diplomats, at the price of London accepting that new border between two parts of the UK, albeit one made as invisible as technology can make it. 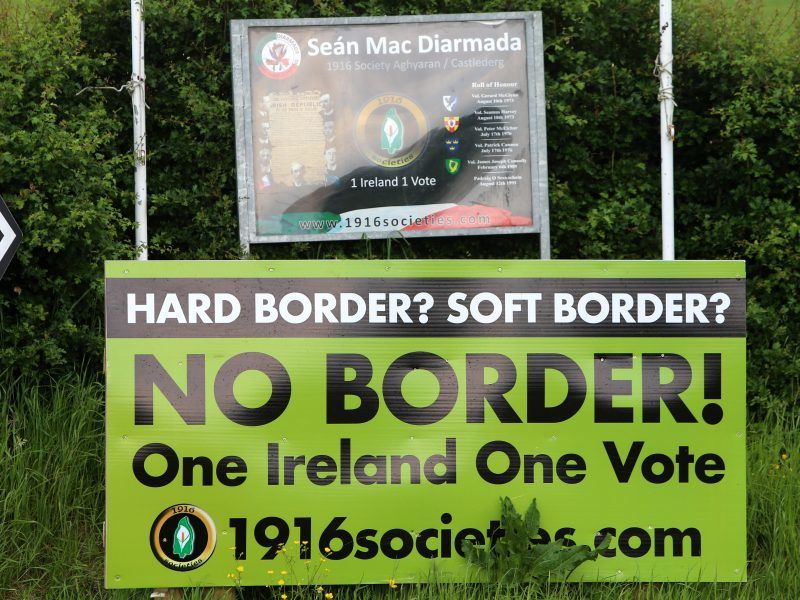 Switching public attention to east-west trade from north-south has something to offer both sides: Brexiteers like Boris Johnson can tell voters the EU is accepting their “technical solutions” to avoid border checks; the EU gets new checks on the Irish Sea to allay its fears of London abusing a special deal for Belfast to slip British goods into EU markets.

“We sort of carve out Northern Ireland … and we can create the de-dramatised customs checks in the Irish Sea. That’s what they are trying to do now,” a senior EU official said. “It could help convince the UK government… to go along with this.” 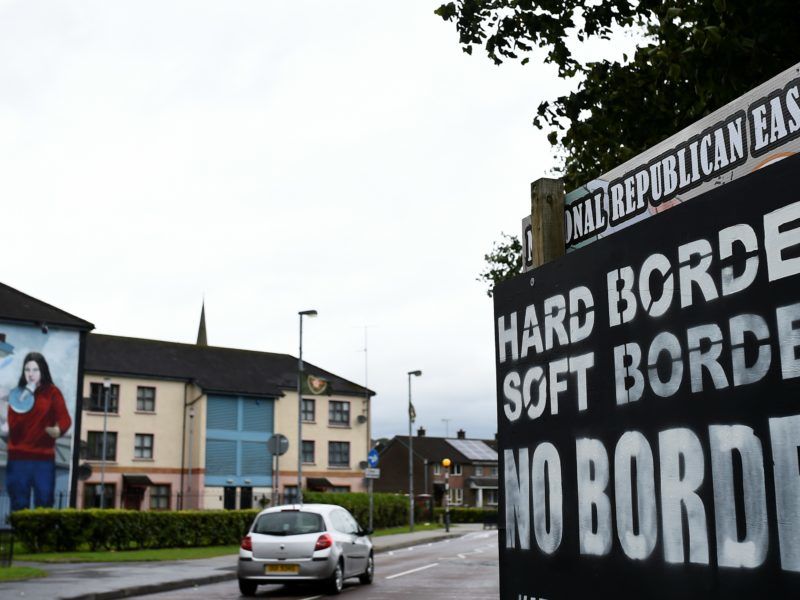 Under the disputed “Irish backstop” protocol of the largely completed draft withdrawal treaty, if Britain and the EU have failed to agree an open-borders EU-UK trade deal by the end of a transition period in 2020, Northern Ireland – but not mainland Britain – would remain de facto inside the EU economic space.

That would remove much of the need for controls on the land border with Ireland — and render moot the EU’s objections to British ideas for technical solutions on north-south trade.

But May rejects Barnier’s insistence that this must then mean checking goods between Northern Ireland and the British mainland. Yet without those checks, the EU says, the whole of the UK could be piggybacking on the province’s special EU deal.

British media reports of EU work on novel ideas helped send the pound higher on Monday and provoked comment in Britain, though EU officials said there had been no developments since Barnier explained the ideas to British lawmakers on 3 September.

He added that some such controls already take place.

But EU officials say no deal is yet in sight, and May’s key Northern Irish allies, the DUP, firm opponents of union with the south, were quick to cry foul on Monday at any suggestion of a “technological border in the Irish Sea”.

And May could find it hard to make concessions before her Conservative Party annual conference in early October.