The 28 lawmakers from Britain’s Brexit Party have collectively declared outside earnings of between €2 million and €4.5 million per year, making them the highest earners in the European Parliament, Transparency International said on Thursday.

The party, founded by anti-EU campaigner Nigel Farage, won the most British seats in European elections this year. It says Britain should not still be in the EU, and its lawmakers turned their backs when the bloc’s Beethoven anthem was played at the opening session.

Transparency International, a watchdog which monitors EU lobbying and outside activities of members of the European Parliament, published a report on Thursday on parliamentarians’ self-reported income from second jobs and commitments.

Lawmakers are required to declare their income from outside activities in ranges, such as €1,001-5,000, meaning that a tally can only be approximate, and Transparency International says enforcement is lax and declarations may not be complete.

In total, European lawmakers have declared between €6.3 million and €16.2 million of annual outside income, meaning the Brexit Party members, who hold less than 4% of seats, could account for more than a quarter of the total.

The income of MEPs has often come under scrutiny. In the lead up to the European elections, EURACTIV.fr reveals the truth.

The head of the Brexit Party’s delegation, Nathan Gill, said his political group topped the list because it had selected representatives who are successful outside of politics.

“Our MEPs are not reliant on their MEPs salaries,” Gill said, adding that party chairman Richard Tice had pledged to donate his entire European Parliament salary to charity.

Each European lawmaker is paid €8,700 per month as a base salary and €4,500 in allowances for working in the EU parliament in Brussels and Strasbourg.

According to Transparency International, many parliamentarians have not updated their declarations in years and there is no way to know how accurate they are.

“It’s self-reported, they can do whatever they want,” said Raphaël Kergueno, Policy Officer at Transparency International EU.

Parliamentarians have to adhere to a code of conduct with respect to financial interests, and an advisory committee is in charge of examining possible violations. In the whole year of 2018 the committee audited only five parliamentarians, according to a parliament report.

“This is why the system is problematic, because they don’t take it seriously,” Kergueno said. 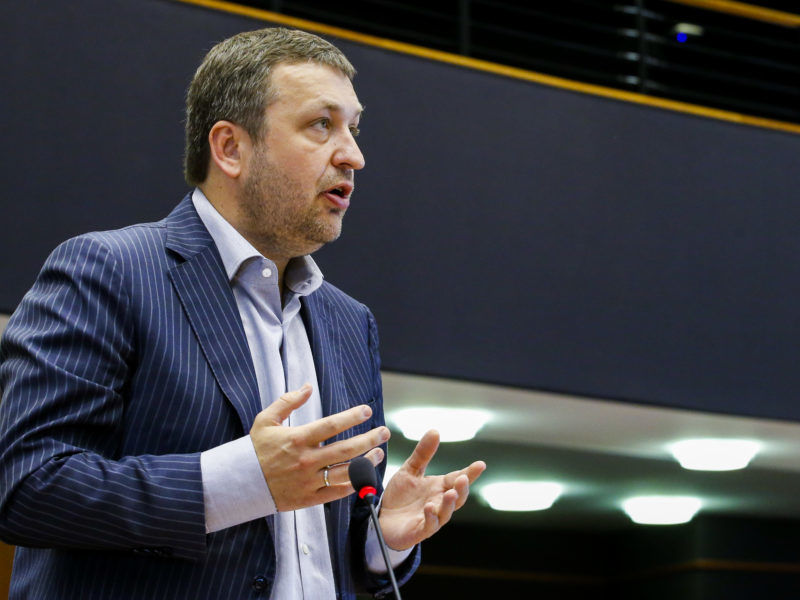