The Brief – A time for generosity 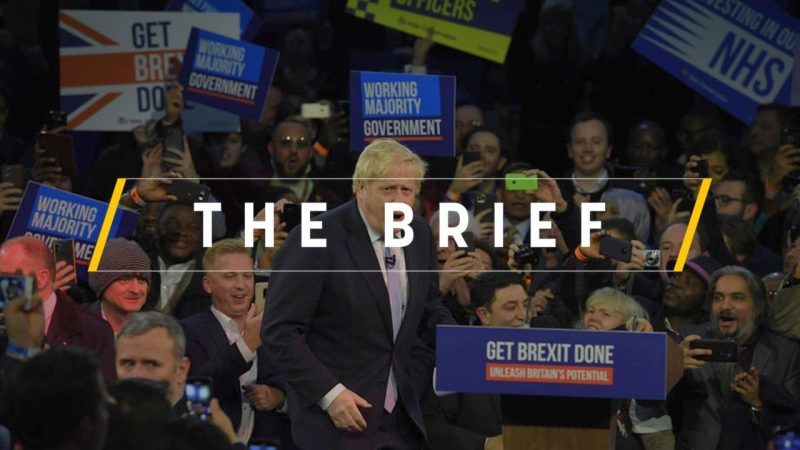 Boris Johnson will probably never be as powerful as he is now. A big majority, an opposition that is broken, possibly terminally. So he can afford a little generosity. But for the moment, unfortunately, he’s not prepared to offer it to EU citizens living in the UK.

The UK’s Settled Status scheme promises to all EU citizens, their family members, and dependents that they can remain in the UK with no change to their rights, provided that they have lived here continuously for five years. Instead, what it has delivered in thousands of cases is uncertainty and anxiety.

Some 40% of the 2.75 million who have already applied have not been given the settled status they sought. Instead, they’ve been given temporary, ‘pre-settled’ status that will expire in five years, at the end of which they will have to apply again.

And as many as 90% of EU citizens are worried about the lack of a physical document to prove their status, according to a new report by the 3million campaign group.

They have every reason to be worried.

Even before the Windrush scandal, which saw dozens of second-generation Britons wrongly deported, the Home Office had a well-established reputation for dysfunctionality. People who have dealt with the department know that the ‘hostile environment’ promoted by Theresa May when she was Home Secretary is no myth.

Yet the response to these concerns by UK ministers combines myopia and complacency.

“I don’t think you will find a single state among the 27 [EU states] that has a system in place to grant rights to established UK nationals that is working as generously and without any cost to the people concerned, as ours is in return,” added Conservative MEP Dan Hannan.

Hannan misses the point and underscores the folly of the government’s strategy of using citizens as a bargaining chip in the Brexit negotiations.

Seeing how shabbily you can treat people is not a competition worth winning. Besides, it is Brexit that forces people who are entirely blameless to change their status and, in the case of the 40%, see a diminution to their rights.

The government has now promised that EU citizens will not automatically be deported if they fail to sign up to the settled status scheme by the 2021 deadline. That is welcome, but promises are not enough unless they are made legally binding. EU nationals need to be given physical proof of their status.

Johnson is right when he talks about Britons as a generous and open people. But that rhetoric is worthless if it is not backed up. This reporter has spoken to countless civil society activists and immigration lawyers working with EU citizens’ group. They have warned that without reform, the EU Settled Scheme is a major scandal waiting to happen.

If not, the likely result is that in a couple of years’ time we will start to read reports about 80-year-old grannies from Italy being deported, at which point any talk about ‘generosity’ and ‘going the extra mile’ for EU citizens will be treated with the contempt it deserves.

The globe-trotting Formula One race signed up to the UN’s climate pact for sports, kicking its green ambitions into high gear after a commitment last year to go carbon-neutral by 2030.

Europeans remained unimpressed by American threats of tariffs on European cars as France, Italy, Spain and the UK promised to impose national digital tax if a multilateral approach does not materialise at the OECD by year’s end.

Certain countries may have been ‘bought off’ to support a controversial UN resolution backed by Russia and China, a Council of Europe cybersecurity expert told EURACTIV.

Fishermen from France’s Brittany, worried by the uncertainty surrounding Brexit, have asked the European Commission to secure their access to British waters.

Some of the EU’s auto heavyweights are calling for a mass rollout of recharging points and refuelling stations for fuels like hydrogen, as the industry revealed its masterplan of implementing the European Commission’s all-encompassing Green Deal.

More Davos coverage by our team reporting from the World Economic Forum. In Brussels, Ursula von der Leyen signs the Agreement on the UK’s withdrawal from the European Union and the European Atomic Energy Community.

One response to “The Brief – A time for generosity”