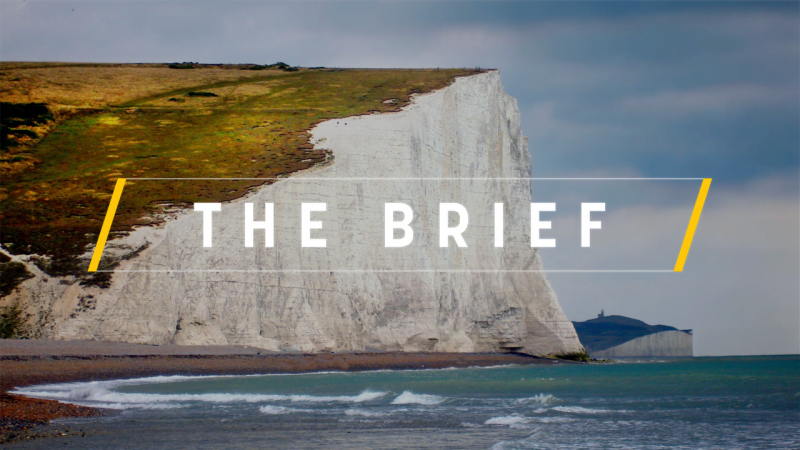 B-Day is upon us. At midnight, the Brits are out, closing another chapter in the Brexit saga (and in EU history). Looking back on the last three years, EURACTIV has been there through thick and thin.

The morning news alert on 24 June 2016 was a shock of sorts but the defining moment was when Prime Minister David Cameron resigned hours after the Leave vote was confirmed. It showed that the result meant something and would not be dismissed.

I remember watching Dave throw in the towel live with James Crisp and Jorge Valero at EURACTIV HQ, completely oblivious to the can of worms that had just been opened.

But we had already unwittingly played an historic role in the tale, all the way back in 2012, when one of our blogposts first mentioned a word that has gone on to grace the pages of most European papers.

That’s right, ‘Brexit’ was first coined on one of our sites, more than four years ahead of the fateful referendum. It is a feeling of guilt-by-association that I may never shake off.

Reporting on Brexit has posed a certain number of challenges for a Brit like me. First, the difficulty of linking a vague, wishy-washy political process to the detailed policy-driven articles we pride ourselves on was at times a Sisyphean task.

All too often, the reply to an “after Brexit, how will X affect Y” question was an expected “it all depends” or “nobody knows”. Articles sometimes descended into think pieces rather than news stories. Some were spiked for that very reason.

That didn’t stop us writing on everything from visa schemes and pet passports to Devon street parties and electricity cables. A lot of stories were just too interesting to pass up, even if there was an element of ‘what if?’ to them.

But there was an even more complex issue: reporting impartially while holding very clear personal views on Brexit and the arguments in favour of it. It crops up in climate reporting too but in this case, each article was a proper exercise in professionalism.

Rather than explicitly share my views on Brexit, I will say that it was thanks to the Erasmus scheme that I went to study abroad and an EU internship brought me to Brussels in the first place, where great friendships have emerged as a result.

I also worry about the effect Brexit will have on the bit of Britain that I still think of as home: Wales. History, precedent and simple economics point to big problems ahead.

However, the reporting job demands impartiality and the next 11 months of negotiations, and whatever emerges after, will be a further test of that.

It has undoubtedly been a great time to be a Brussels-based journalist. Interest in what happens in the EU capital is at an all-time high, in part thanks to Brexit. People now seem to care more about what the Commission, MEPs and, crucially, their nationally-elected leaders get up to here.

After more than three years of covering the story, this is perhaps the only tangible ‘Brexit dividend’ that I can offer to you, dear reader: interest and fascination might lead to awareness and understanding.

You can rely on us to do our bit towards that goal.

Brexit (part 1) drops at midnight tonight. British MEPs were packing their bags today and getting the last Eurostar out of Dodge. Beatriz Rios interviewed two departees one from Remain and one from Leave.

The three presidents of the main EU institutions said their official goodbyes but only EP chief David Sassoli broke from the scripted bland statements of his colleagues. Take a look at how he answered a “fundamental question” that has lingered for the last three years.

Sassoli will next Wednesday meet with the Incredible Hulk himself, “environmental activist” Mark Ruffalo. Council boss Charles Michel will rack up some serious air miles next week in a bumper tour of the continent.

It is of course a special Brexit-themed Tweets of the Week this time out. Everything from commemorative coins, green dogs and Lord of the Rings gets the Sam Morgan treatment in this episode.

The EU’s bank expected a lean year because of UK-caused uncertainty but it ended up cruising through 2019 in style. This year is set to be a coming-of-age moment for the EIB.

Spain’s PM has wasted no time getting the ear of Michel Barnier. The looming EU-UK talks are likely to broach a number of areas in which Madrid is heavily invested, including fishing rights and the Gibraltar question.

Check out what the rich and famous have said about Brexit over the years. You may be surprised at how some of your favourite celebrities have waxed lyrical about the issue.

Today’s deadline was pushed back a few times, leading to Austria’s post office having to tinker with a special stamp to mark the occasion. This senior conservative MP concludes that the British government simply underestimated Ireland’s clout in the talks.

Away from the stunning Brexit denouement, there is also this interview with Ukraine’s former president, a sneak-peak of the Commission’s new circular economy plan and the latest twist in the Croatia-Slovenia border dispute.

Brexit. At midnight. Have a great weekend.

2 responses to “The Brief – Brexit Retrospective”