The Brief – Don’t pull up the drawbridge 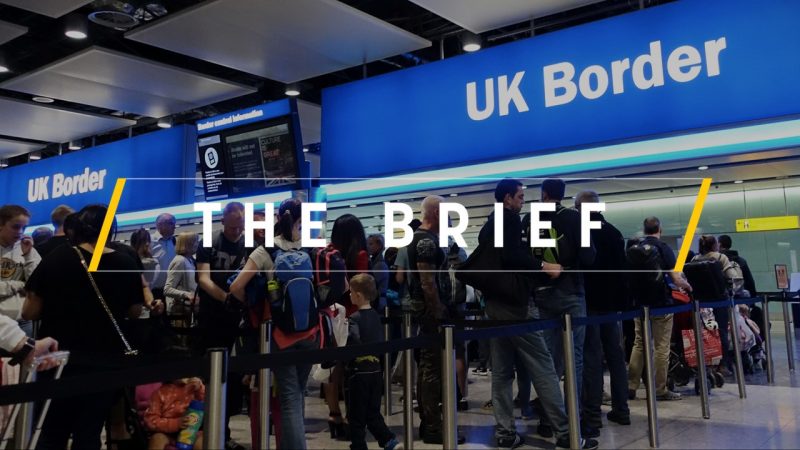 The end of freedom of movement is one of the most iconic changes heralded by the UK’s exit from the European Union this week.

The days of EU nationals being able to able to move to the UK and find work on arrival are over. Many Europeans, particularly those from central and eastern member states, see this as a declaration of hostility against them.

But it is still far from clear what the new criteria will be for those who still want to live and work in Blighty. The government has, thus far, proposed that only those with job offers for salaries of at least £30,000 (€36,000) per year will be allowed in, a threshold that would exclude the majority of EU migrants currently in the UK.

Dreamt up by Theresa May’s government, for whom creating the ‘hostile environment’ was a personal project, the £30,000 threshold was always ludicrous.

For the sake of comparison, that is more than a newly trained doctor, teacher or nurse gets paid, and is comfortably higher than the average wage. It would also exclude entrepreneurs and those launching start-ups, who tend not to be offered a lucrative salary.

Business leaders have waged a sustained lobbying campaign warning that the £30,000 threshold, combined with the government’s plans to introduce a ‘points-based’ immigration system, will leave thousands of firms across the UK struggling to attract enough workers.

Public sector organisations, meanwhile, have repeatedly warned that the rules would also impose a huge strain on schools and hospitals. That campaign is now starting, albeit slowly, to bear fruit.

In a report published on Tuesday (28 January), the Migration Advisory Committee (MAC), an independent body advising ministers, stated that the threshold should fall to £25,600 for all workers to help recruit teachers and skilled National Health Service staff.

The committee’s chair also criticised the Conservative government’s much-touted points-based immigration system as a “soundbite”. For the moment, ministers are non-committal but it would be a surprise if they did not implement most of the MAC’s recommendations.

These are baby steps, but there is reason to be cautiously optimistic that the UK will not be pulling up the drawbridge. The target of reducing migration to the tens of thousands, introduced by David Cameron and actively supported by Theresa May, has been abandoned by Johnson’s government.

The next thing to drop are rigid salary requirements.

Boris Johnson has always described himself as an internationalist. If his government’s promise of a ‘Global’ and ‘Open’ Britain is to mean anything, the offer to skilled and entrepreneurial Europeans to live and work in the UK must remain.

A new political ‘Arctic paradox’ emerges as the world pushes for stronger climate measures to stop the destruction of the Arctic, many countries are also keen to take advantage of the region’s new opportunities, with the Arctic’s own inhabitants want to have a bigger say in the region’s development.

A spat over football could spell some trouble for the government of Greece’s conservative PM Kyriakos Mitsotakis, who has expelled MEP and former footballer Thodoris Zagorakis from the ruling New Democracy party amid growing tensions between the country’s two football giants, Olympiakos and PAOK.

The European Commission launched a public debate about the EU’s upcoming Climate Law, with a view to enshrining the bloc’s 2050 “climate neutrality” target into binding legislation before the UN climate conference in Glasgow later this year.

AI technologies deployed in the public sector should be held to “particularly high standards when it comes to transparency and accountability,” the European Commission’s digital boss, Margrethe Vestager, said.

Huawei’s future involvement in the UK’s future 5G network infrastructure hangs in the balance, as Prime Minister Boris Johnson sits down with members of the UK’s National Security Council to come to an agreement on the Chinese telecoms giant.

The plant protection part of the upcoming Farm to Fork strategy should take a realistic and science-based approach that allows farmers to “explore all possible solutions”, according to French MEP.

4 responses to “The Brief – Don’t pull up the drawbridge”