The Brief – I looked after your children 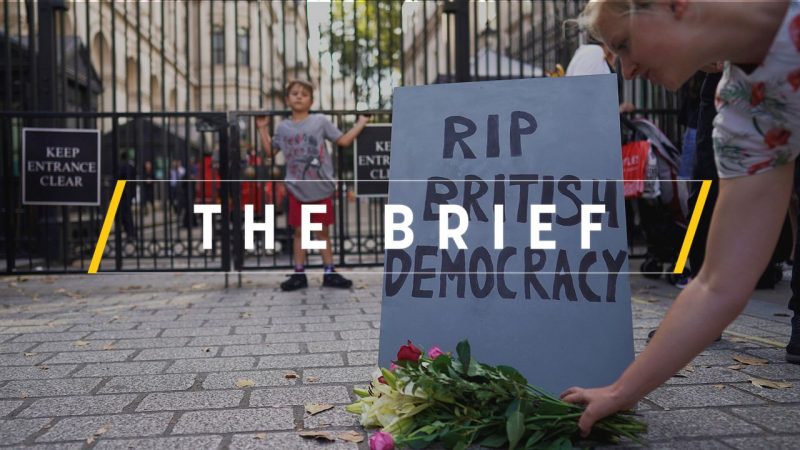 As people up and down the UK came out to protest against Prime Minister Johnson’s plans on Wednesday night, a Portuguese woman stormed the scene in London and launched an emotional call to the government in front of TV cameras, asking for her voice to be heard:

“The 31st of October is fast approaching. What am I going to do? How am I going to stay? What are my rights? I’m in the dark,” the unnamed woman said as thousands marched in London from Commons Green towards Downing Street, in a show of unity following one of the most divisive days in modern British political history.

Indeed – for a broad contingency of MPs, stopping a no-deal Brexit is an imperative priority, as many of them believe such a departure from the EU could push the country off a catastrophic cliff edge.

Externally, at least, Johnson has been keen to display a steadfast front with regards to his ‘do or die’ attitude to Brexit – his decision to request the authority of the Queen to dissolve Parliament to deliver his goal, is, at the very least, a testament to his dedication, however blindly ignorant it may be.

Johnson has no doubt boosted his profile amongst his core supporter-base. In so doing, however, he has also exposed senior members of his cabinet to ridicule and criticism.

Here is a shortlist of comments previously made by members of Johnson’s team.  All of them were once adamantly against the idea of dissolving Parliament for the sake of forcing through Brexit. But none seemed to back up their previous positions this week.

Michael Gove  – Chancellor of the Duchy of Lancaster

Sajid Javid – Chancellor of the Exchequer.

The hypocrisy of modern politicians is having a tangible and troubling impact on citizens’ lives, even before the UK has left the EU. Many of them have found themselves in a precarious position similar to the Portuguese woman who stormed our television screens on Wednesday night.

As part of the UK’s EU settlement scheme, a framework designed by the government to allow for EU citizens to remain in the UK following the country’s withdrawal from the EU, one million citizens from the continent have so far applied to remain in the UK, out of more than 3 million.

Recent government figures show that the percentage of settled status grants are decreasing. UK-based human rights lawyer Christopher Desira said recently that this could be indicative of “an increasing trend of individuals wrongly denied” settled status.

The rights of EU citizens in the UK, and similarly UK citizens in the EU, are currently being played out amid an ambiguous and shady legal and political quagmire, where their lives are being bargained with for the sake of tactless political goals.

The German government should speed up its efforts to tighten its fertiliser regulation, German and EU officials said after a meeting in Brussels that came after previous warnings to Berlin to reduce nitrate pollution in groundwater.

Despite improved awareness and EU coordination on vaccination, Europe is still experiencing an embarrassingly severe outbreak of measles in four countries where it was considered eliminated, according to a WHO report.

On a brighter note, climate action gains ground in Europe:

The Swiss government has announced that it will cut its greenhouse gas emissions to a net-zero level by 2050.

German athletes, clubs and supporters are joining forces to support the ‘Fridays for future’ movement and raise awareness of the need to fight climate change. And a Scottish gin distiller aims to produce its alcohol using hydrogen power, after securing a slice of overall government funding for clean energy projects worth more than €400 million.

Meanwhile, Italy’s political shenanigans might be coming to an end as the Five Star Movement (M5S) announced they will attempt to form a new ruling coalition with the centre-left Democratic Party (PD). Watch this space for more…

However, Italy remains the only EU member that has not nominated its Commissioner candidate for Ursula von der Leyen’s new team. If all goes well, a name should be put forward next week.  Full coverage in our Commissioner tracker here.

In Bulgaria, the government is planning to boost production of local fruits and vegetable by introducing a new simplified VAT system.