The Brief – No choice at all 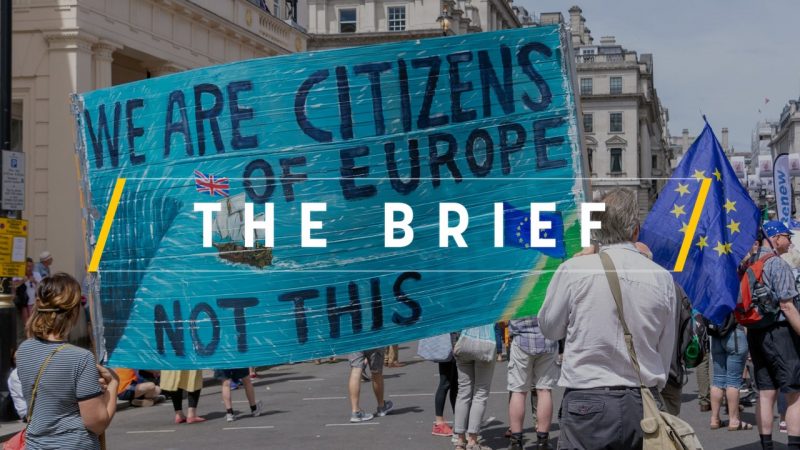 Let’s face it: the choice facing British voters next Thursday is not an appealing one. Boris Johnson and Jeremy Corbyn are locked in an unpopularity contest – both are deeply divisive, on Brexit and a swathe of domestic policies – and the winner will be the person deemed least unpalatable.

Meanwhile, Liberal Democrat leader Jo Swinson has seen her ratings tumble ever since she tried to market herself as a prime ministerial candidate.  A set of lousy options then; but at least we get to make it.

Like the four million citizens from the EU-27 residing in the UK, Britons who have lived abroad for more than 15 years do not have the right to vote in an election that will have a huge impact on their lives.

Despite a surge in registrations to vote, a hefty proportion of the estimated 1.2 million Britons living in other European Union countries will be disenfranchised.

There is a legitimate case to be made that expats who have no immediate plans to return to their country should not be able to vote in national elections – no representation without taxation, after all – but it is harder to argue that this time.

And let’s not forget that EU nationals in the UK are paying into London’s coffers without voting rights.

But in this election, they are like laboratory guinea pigs, at the mercy of an experiment which has dragged on for more than three years and shows no sign of being resolved any time soon.

“All I can do is sit and watch,” one such EU national, who has lived and worked in the UK for more than a decade, told this reporter.

At an election widely seen as a proxy poll on Brexit – if the Conservatives fail to win next week, a second referendum will become almost inevitable – they should have had the right to vote.

Political expediency ensured that there was never any chance that Brits abroad and EU nationals in Blighty would get a vote.

16-year olds are denied the franchise and will continue to be, in part because the governing Conservatives know that young people are more likely to vote Labour. Similarly, Boris Johnson’s party can be confident that EU voters and expat Brits would be more likely to vote for pro-Remain parties. Go figure.

But everyone connected with Britain, at home or abroad, has skin in this game. Disenfranchising these 4-5 million people is politically smart but morally wrong.

NATO leaders wrapped up their acrimonious 70th-anniversary meeting, bridging a series of intense internal divisions – by agreeing to focus focus more on the challenge of China’s “growing international influence” and military might. For the whole summit coverage, have a look here.

Current Earth observation technologies are not accurate enough when it comes to monitoring carbon dioxide emissions, our Sam Morgan reports from the EU’s space week in Helsinki. A new system set to launch in 2025 should change all that.

The Eurogroup failed to reach an agreement on the reform of the EU’s bailout fund and move to political discussions about the European Deposit Insurance Scheme ahead of the euro summit next week.

Budapest has asked the Russian State Duma for for assistance in upholding the rights of the Hungarian minority in Ukraine, a Russian official alleged.

The Brexit party, formed by veteran Eurosceptic Nigel Farage, is in danger of imploding after suffering a series of high-profile defections and expulsions a week before the UK’s general election on 12 December.

Czech Prime Minister Andrej Babiš has threatened to veto Europe’s goal of becoming the first climate-neutral continent in the world by 2050.

“People, planet and partnerships” will be the three pillars of the European Commission’s energy policy over the next five years.

After the controversial European Court of Justice (ECJ) ruling in 2018 that organisms obtained by new plant breeding techniques should, in principle, fall under the GMO Directive, the Council of the EU has requested a study from the Commission to clarify the situation.

4 responses to “The Brief – No choice at all”