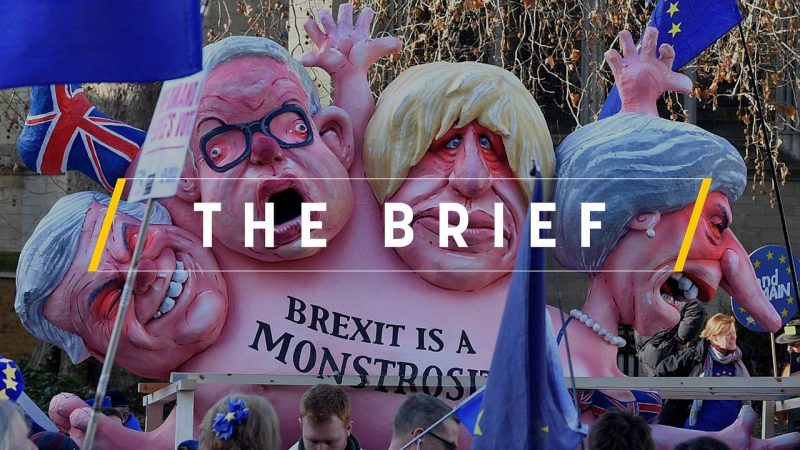 Those who shuttle between Westminster and Brussels aren’t just swapping meat pies for moules frites. The two-hour ride on the Eurostar transports you to a parallel political universe.

British politicians are as Brexit-obsessed (and deluded) as ever. The race to succeed Theresa May as prime minister and Conservative party leader is following a similar pattern.

Five of the six remaining candidates (Health minister Matt Hancock threw in the towel on Friday morning) are promising to re-negotiate the Withdrawal Agreement though few are going into any specifics on what it should look like.

Of the five, only Dominic Raab, who flounced out of May’s cabinet after five forgettable months as Brexit Secretary, seems to positively embrace a No Deal. Boris Johnson says he is sure that a No Deal will be avoided, although, given Johnson’s famously loose relationship with honesty, you would be forgiven for taking that with a giant pinch of salt.

Most of the candidates say that, in the event of a No Deal, the EU will quickly come back to the negotiating table because, of course, Brussels needs the £39 billion financial settlement.

Meanwhile, most Tory MPs and activists (and those Brits who still care) genuinely think that the EU will agree to re-open talks on the Withdrawal Agreement, and the Irish backstop will be re-written.

Rory Stewart is the only candidate making a business of defending May’s deal. He is also the outsider in the contest.

On Thursday (June 13), Stewart marked himself as the unlikely leader of the parliamentary guerrilla campaign to prevent a No Deal, promising to hold sittings in nearby Methodist Central Hall if the next prime minister dares to shut down Parliament to force through a No Deal Brexit.

Passing on these messages from London tends to provoke a mix of wide-eyed astonishment and consternation from EU officials.

‘Doesn’t the House of Commons realise that they can’t stop a No Deal?’ a Commission official asked this reporter following a debate last week.

He then repeated that the Withdrawal Agreement would not be re-opened. Don’t MPs get that, he added?

No, they don’t, and they don’t understand the EU’s intransigence.

The only two options which the EU has put on the table – the Withdrawal Agreement and a No Deal Brexit – have been repeatedly rejected by UK lawmakers, who can’t see why an alternative can’t be found.

It is hard to work out whether this is merely misunderstanding or self-deception on an impressive scale. After three years it is probably the latter.

One day a psychoanalyst will have a field day with Brexit. In the meantime, everyone else has to live in this fool’s paradise.

EU finance ministers failed to reach an agreement on Friday on an anti-shock instrument to shield the euro, as they continued to clash over almost every feature of the new fiscal tool, including the source of funding.

The EU does not have a real ‘European foreign policy’ because every country works on its own and member states do not want to give full responsibility to the EU’s High Representative, a former senior French diplomat told EURACTIV Slovakia in an interview.

Decoupling North Macedonia and Albania’s EU path, by giving the green light to the former and holding the start of accession talks for the latter is the only way forward, North Macedonia’s President Stevo Pendarovski told EURACTIV in an exclusive interview.

France’s arms sales were worth €9.118 billion in 2018, up 30% compared to 2017, and exports to European countries are seeing a strong increase, according to the French Ministry for Armed Forces, EURACTIV’s partner Brussels2.eu reports.

Pope Francis said on Friday that carbon pricing is “essential” to stem global warming – his clearest statement yet in support of penalising polluters – and appealed to climate change deniers to listen to science.

Ludger Breloh of the egg breeding company Seleggt spoke to EURACTIV about Germany’s recent decision to allow mass killings of young male chickens and how his company’s process could be used as a bridging technology until more commercially viable methods are found.

Check out our latest Tweets of the Week, as well as today’s The Capitals newsletter.