The Brief, powered by ACCA – The joker becomes the statesman 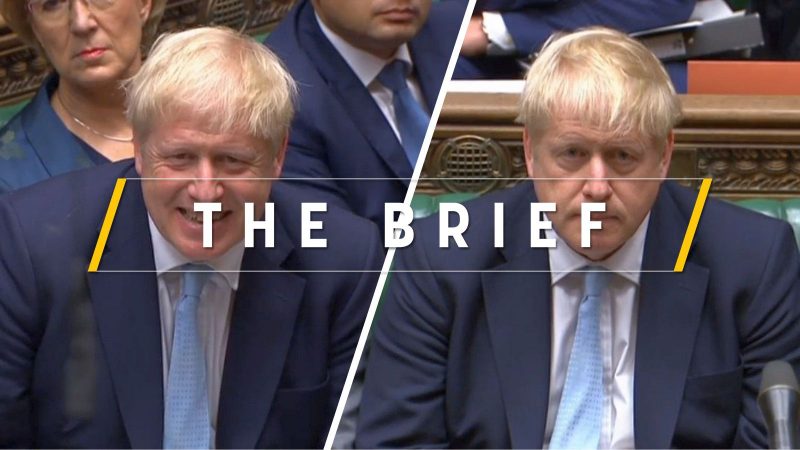 Serious, sober, respectful, Boris Johnson gave the impression of having been shot with a tranquillizer gun on Thursday. For once, he sounded almost like a prime minister.

When Johnson told the Conservative party conference yesterday that “we are not an anti-European party. We love Europe,” delegates greeted it with sullen silence. In the House of Commons today every reference to “our European friends” was lapped up by murmuring MPs.

After last week’s amateur dramatics, when the  government’s response to a Supreme Court judgement that he had unlawfully suspended parliament was to imply that the justices were biased, the sudden change of tone has discombobulated everyone.

Opposition lawmakers didn’t know what to do – so they repeated their usual attack lines accusing Johnson of being ‘cynical’ and ‘reckless’ and sounded rather shrill in the process. But what do you do when the joker suddenly behaves like a statesman?

The question is which version is the real Boris Johnson?

Even if Brussels or Dublin are far from convinced – the European Parliament’s Brexit Steering group has already expressed “grave concerns about the UK proposal, as tabled” – Johnson has bought himself some time, particularly with his own party.

One by one, Conservative MPs, including some of those expelled from the party a couple of weeks ago for voting to extend Article 50 and avoid a no-deal Brexit, stood up to commend him on his tone.

But the gaps in the Irish backstop alternative are still plentiful. The so-called ‘temporary regulatory zone’ provides for infrastructure, controls and checks but offers little clarity on exactly where and how these would be carried out.

Meanwhile, conditioning the new arrangement on the consent of the Northern Ireland executive and assembly is all well and good – but it ignores the fact that the devolved government and assembly have been suspended since January 2017.

The prospect of a Brexit deal being reached in time for the 31 October deadline are still slim to none.

The EU (and everyone else) is right to treat this blonde bombshell with extreme caution. People who have trusted Johnson’s word have tended to regret it soon after. There are already reports that Conservative MPs have been issued with a media script instructing them to attack the EU as ‘crazy’ should it reject the new proposals.

Frustrating and interminable as this must be, the only path for Michel Barnier & co is to take Johnson and his plan seriously and see if the details of a deal can be thrashed out. If not, we will know it was just the latest in a long line of pantomime acts.

A flurry of fresh parliamentary hearings with Commissioner-delegates in Brussels.

Incidentally (or not), the Estonian government announced it had joined a group of 24 member states in favour of an EU plan to slash greenhouse gas emissions drastically by 2050 while Simson was speaking.

Virginijus Sinkevičius of Lithuania (environment and oceans) and Austria’s Johannes Hahn (budget) were still going strong at the time of publishing, while Margaritis Schinas (Protecting our European Way of Life – job title of the decade) and Dubravka Suica (Democracy and Demography) are coming up this evening.

Stay tuned for more of our live coverage from 18:30 CET.

In other news, Poland’s energy minister concluded that the idea of Poland going carbon-neutral by 2050 is “a fantasy”. Germany and the Netherlands signed a joint declaration of intent laying out a common energy transition plan, as well as closer cooperation in the areas of defence and asylum policy.

Hungary’s foreign minister said it is in the European Union’s economic and security interests that Montenegro and Serbia join the bloc before 2025. The Commission is hopeful of a thaw in Russia-Ukraine relations.

On a less upbeat note, the WTO has cut its 2019 global trade growth forecasts to 1.2%, from an earlier 2.6% prediction, with South and Central America bucking the downward global trend. The Geneva-based institution also approved tariffs on EU products thanks to Airbus subsidies.

To stay on top of digital trends, read the latest weekly Digital Brief by Samuel Stolton.

Ahead of its 20th anniversary in November, EURACTIV started publishing 20 visions for Europe. The first vision, by Croatian philosopher Srecko Horvat, is here.

Environment Council. And a short break from Commissioner hearings, till next Monday.

One response to “The Brief, powered by ACCA – The joker becomes the statesman”