The Brief, powered by BP – Put it in writing 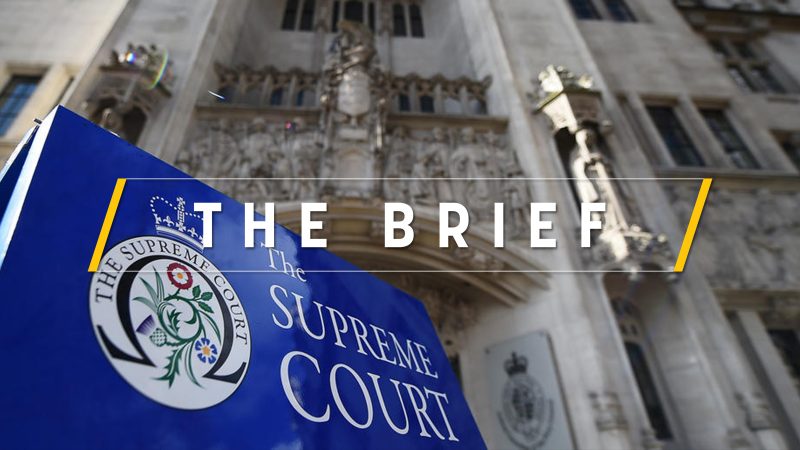 Not content with breaking the two parties that have dominated UK politics for almost a century, the Brexit behemoth has set its sights on the country’s famously unwritten constitution.

That the UK is one of the few nations without a codified constitution has been a cause of amusement and bemusement to many Europeans. But relying on legal precedent and common law has worked perfectly well for over three hundred years.

However, it only works as long as players on all sides respect the rules of the game and this no longer seems to be the case in modern-day Britain.

From governments repeatedly seeking to bypass Parliament in the Article 50 negotiations, and Leavers describing judges and parliamentarians as ‘saboteurs’, to Remainers arguing that the 2016 referendum was only advisory and can be ignored, it is clear that the rules and refereeing are broken.

“One has to accept if you behave outrageously and defy the political culture on which our constitution depends, a lot of judges are going to be tempted to push the limits there,” Lord Sumption, a former Supreme Court judge, told the BBC on Monday night.

“The problem is [Prime Minister] Boris Johnson has taken a ‘hammer and sickle’ to our political culture, in a way that’s profoundly provocative to people who believe there ought to be solutions consistent with our traditions.”

On Tuesday (17 September), a team of eleven judges in the UK’s Supreme Court began hearings into whether Johnson’s decision to suspend Parliament for five crucial weeks before the country is due to leave the EU broke the law. Courts in England and Northern Ireland deemed the move to be lawful, a Scottish court found it to be illegal.

In the late 1990s, Tony Blair’s government considered a written constitution as part of its constitutional reform programme but soon dropped the idea, seeing the time and political capital it would require.

But the luxury of that political choice no longer exists.

Regardless of whether the UK leaves the EU on 31 October, with or without a deal, in 2020 or not all, the process of healing the political divisions is going to take many years.

As the UK faces the prospect of unpicking several generations of European law, with the UK’s devolved settlement in chaos, and half the country feeling bitterly betrayed, whatever the outcome of the Brexit chaos, some form of a constitutional convention is inevitable.

Written constitutions are not a panacea. The United States, whose politicised judiciary and political gridlock make changing long-outdated provisions on gun control almost impossible, is a case in point.

But starting with the referendum, the Brexit process has exposed deep social divisions that have long existed in the UK. Its political culture and social contract, and the values that underpin them will have to be rebuilt. And that can only start by putting them in writing.

Polish Commissioner Elżbieta Bieńkowska will relinquish the reins of EU industrial policy to France’s Sylvie Goulard soon. Ahead of the changeover, she looked back on her time in office and discussed the challenges facing her successor, including her beefed-up portfolio.

The European Commission has dangled the prospect of limiting its public subsidies to the US administration in an attempt to avoid further tariffs from Washington that could come as early as next month.

Brussels is stepping up the pressure on Kyiv to take a firmer stance on tobacco smuggling and criminalise it in line with the country’s commitments under the terms of the EU-Ukraine Association Agreement.

EU and Georgian officials launched a European School in Tbilisi, the first educational institution of this kind launched beyond the bloc’s boundaries, with the objective of strengthening relations with Eastern countries.

It is the start of a new semester at the Central European University (CEU) in Budapest. But this year, many of its students are preparing to move to Vienna after it has been kicked out of Hungary.

In 2017, the most industrialised countries contributed a little above $70 billion to nations vulnerable to the effects of climate change. This number is far below the annual $100 billion pledged in 2009 for the following decade.

US President Donald Trump said it looked like Iran was behind attacks on oil plants in Saudi Arabia but stressed he did not want to go to war, as the attacks sent oil prices soaring and raised fears of a new Middle East conflict.