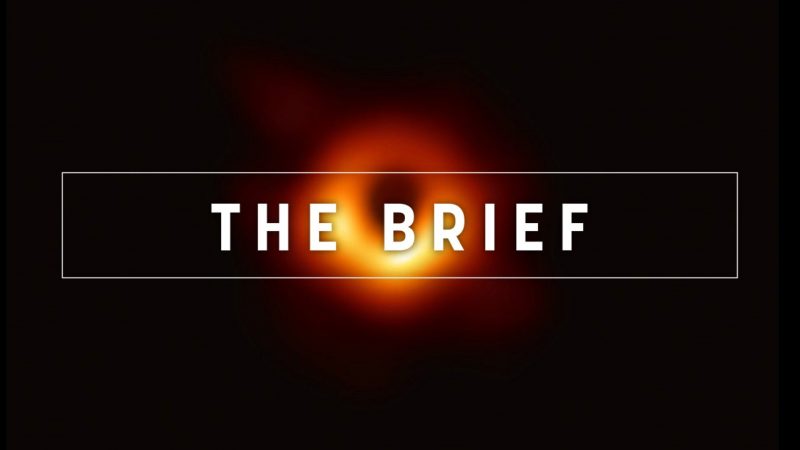 Who says eurocrats don’t have a sense of irony?

By sheer coincidence, this came just as EU leaders gathered to decide whether the UK will be plunged into the abyss of a no deal Brexit.

Described by scientists as “a monster”, the black hole is 500 million trillion km away and three million times the size of the Earth.

He might just as well have been talking about the 2016 referendum in the UK.

“Today, thanks to the contribution of European scientists, the existence of black holes is no longer just a theoretical concept,” Moedas added.

Anyone who has spent the last two years covering the Article 50 process will know the feeling.

Barring a huge surprise, Theresa May will look into the abyss and turn away from it tonight, before it stares back. Few believe there is any chance that she will turn down a ‘flextension’ to Brexit that will, potentially, keep the UK in the EU until the end of 2019.

That makes it increasingly likely that the UK will elect MEPs on May 23, mandates that will allow the 73 MEPs-to-be to tell their grandchildren that they enjoyed the shortest political careers in history. It is a pub quiz question just waiting to be written.

Fortunately, the prime minister doesn’t have to go back to that other political black hole – the House of Commons – to get MPs’ approval for an extension. On Tuesday evening (9 April), UK MPs voted to accept May’s plan for an extension until 30 June, but also gave her carte blanche to extend that extension.

The problem for Mrs May is not the Commons, but that most of her Tory MPs oppose a further extension. A handful of cabinet ministers were among 80 Conservative MPs who did not vote, while 99 voted against. Only 133 Tory MPs backed a 30 June extension.

Justice minister David Gauke is one of several pro-Remain cabinet ministers already under threat of deselection from their local party associations, who are overwhelmingly in favour of a no deal Brexit. He, Mrs May, and others may well see their careers consumed.

The good news is that black holes – although they have a reputation for consuming everything in their path – have a finite lifetime. They, and their particles, eventually dissolve and disappear. Unfortunately, it takes a rather long time – a few million years to be precise.

The UK will become a “trojan horse” inside the EU should the country fail to withdraw from the bloc, prominent Pro-Brexit conservative MP Mark Francois has threatened.

Theresa May’s Conservatives would face a crushing defeat if the UK were to take part in next month’s European elections, according to a poll.

As EU affairs ministers again discussed the rule of law in Poland and Hungary, a joint Franco-German statement proposed a new hearing after the European elections in June.

Europe is a “technology-free zone” when it comes to agriculture and it will pay the price for that, US Agriculture Secretary Sonny Perdue said, criticising the EU for ignoring science on new technologies in farming.

Cities and regions have played a fundamental role in implementing EU’s policies, particularly through the use of Cohesion Funds, which represent the main investment policy of the Union.

The European Democracy Festival takes place in Texel, The Netherlands. Look out for MEPs testing ground for the European elections in May.