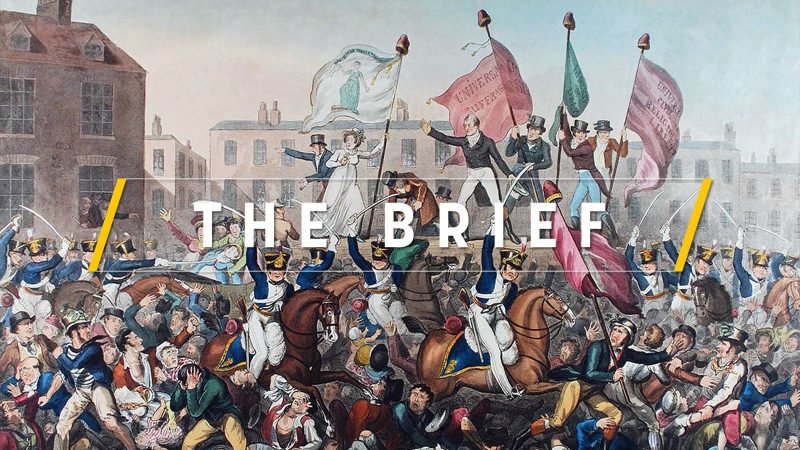 Manchester has a long history as a hotbed of radicalism. Exactly 200 years ago, the city was the site of the Peterloo massacre, when the army charged a crowd demanding parliamentary reform. 20 years later, the anti-Corn Law League, which eventually put the Conservative party out of power for a generation, was founded in the city.

So there is an historical logic to the Tories’ making their trip to Manchester for their party conference this weekend as the Brexit crisis reaches a new fever pitch, with Boris Johnson condemned over highly distasteful remarks about Jo Cox, the Labour MP murdered during the 2016 referendum campaign.

Even if the Supreme Court’s decision to send lawmakers back to Parliament on Tuesday means that Johnson will be in Manchester but most of his MPs will stay in Westminster.

The Supreme Court judgement may have been a humiliating setback (though Johnson is almost impossible to shame), but it hasn’t changed the dilemma facing the prime minister and his opponents.

For the moment, both sides are trapped in a holding pattern. Johnson cannot govern, nor can he have the pre-Brexit election he craves, which would allow him to run a populist ‘People vs Parliament’ campaign and, he hopes, give him a mandate.

The ranks of the Opposition have their bill requiring the government to request a three- month extension to the Article 50 process, but they can’t prevent Johnson from sabotaging it at the European Council in mid-October. Nor, thus far, can they agree on a person who could replace him.

Whatever the protestations of Johnson and his Brexit minister Steve Barclay that they want the UK to exit the EU with a deal on 31 October, talks between EU and UK officials have made little headway. Commission and diplomatic officials say privately that the prospects of a deal being agreed either before or at the Council summit are almost zero.

So where does that leave us?

If Johnson stays on as prime minister a no-deal Brexit is almost certain because there is no reason for the EU-27 to grant an extension while he is in office.

The most plausible way to avoid a no-deal is to defeat Johnson in a confidence vote and replace him with a caretaker ‘Unity government’.

It’s a high-risk strategy that depends on the moderate Conservatives who were expelled from the party for backing the extension bill agreeing to support a Labour-dominated coalition. That may not happen next week, but if the impasse is to be broken, there is no alternative.

The EU and Japan signed on Friday a holistic partnership to promote investment projects based on rules-based and sustainable principles, and to counter the risks posed by the US and China.

As long as farmers facing difficulties can enjoy the derogations of state aid rules for agriculture, it does not really matter which directorate-general is in charge of these facilities, the outgoing EU farming boss Phil Hogan said after the latest organisational reshuffle in the Commission.

During his political career, France’s Jacques Chirac, who died on Thursday, made a complete U-turn on Europe, from calling it a “mollusc” in 1979 to becoming a European of reason, then of heart.

For many people in France, Chirac is remembered fondly for his unbridled taste for food, wine and all the good things in life. In Europe though, he leaves a mixed legacy. EURACTIV brings you a non-exhaustive round-up of notorious Chirac quotes and slip-ups.

Bulgaria will likely seek the cancellation of a part of the Mobility Package before the EU Court of Justice unless a compromise is reached on the most contentious issues, socialist MEP Peter Vitanov, a member of the EU Parliament’s committee on transport and tourism, told EURACTIV Bulgaria.

Elections in Austria on Sunday.

3 responses to “The Brief, powered by EDAA – Bigmouth strikes again”