The Brief, powered by Yara – Boris & co run out of time 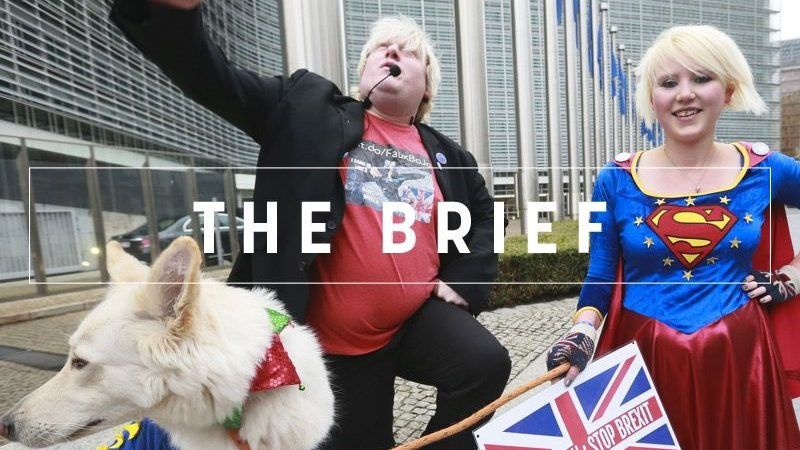 Westminster is aflutter with talk of resignations and betrayal after 24 hours in which the fragile unity of the UK government shattered like a cheap vase.

Brexit Secretary David Davis and Boris Johnson, foreign secretary and ‘Leave’ campaign frontman, have spent the last two days threatening to resign and badmouthing their colleagues over Prime Minister Theresa May’s latest attempt to fudge the question of the UK’s customs relations with the EU.

For the moment, Davis, Johnson and co remain in their jobs. Despite their best attempts to get fired, Mrs May appears to have decided that she will not be the one to pull the trigger and make them martyrs to the cause of a ‘pure Brexit’.

As ever, the reaction in Brussels to May’s Brexit ‘backstop’ – under which the UK would effectively remain in the EU’s Customs Union for at least one more year after its transition ends – was largely one of bemusement.

At five pages, May’s ‘proposal’ is positively skeletal. Until more meat is put on the bones – presumably in a long-awaited White Paper – there isn’t much to negotiate on. Rarely has so much newspaper ink been expended to describe so little.

But whether the White Paper is published before or after the June summit won’t make any difference to the Article 50 talks.

Ministers have spent so long prevaricating over ‘max fac’ and May’s tariff collection idea, both already rejected by Michel Barnier, that the clock on Article 50 has almost wound down.

Given that the deadline for concluding Britain’s formal divorce from the EU is effectively autumn – since it will take a few months for even the most minimalist of ‘heads of government’ treaties to be ratified in London and Brussels – that leaves EU leaders a matter of weeks to consider and discuss any torturously agreed offer from the UK on customs and future trade relations.

“We know that the talks on future trade relations won’t start until after next March,” a senior Tory admitted to EURACTIV.

May is a pragmatist. Brokering a new trade and political deal with the EU could take at least five years. She clearly wants to fudge Brexit so that Britain remains in the single market until then.

And Brexiteers have realised that May is trying to ensure a ‘soft Brexit’ by inertia.

As time runs out, the Brexiteers are increasingly short of cards to play. The government has, deliberately, done very little planning for a ‘no deal’ scenario. That means that the economic disruption caused by walking away from the table would be higher.

With time running out, one option is to oust Mrs May and replace her with a true Brexit believer who could try to play ‘hardball’ or walk away from the Article 50 talks entirely. There are a sizeable number of Conservative MPs so determined to have a ‘pure Brexit’ that they are even prepared to topple her government and risk Jeremy Corbyn becoming Prime Minister.

But what would that achieve? Even if most Tory MPs supported a ‘no deal’ Brexit, it would not get through Parliament.

“Boris knows that he only has a few months left to get himself sacked if he still wants the leadership,” a Tory snout told this reporter last month.

Mrs May seems to have decided that she won’t give him that bully pulpit. And Johnson appears to lack the bravery to quit.

Producing crop, not CO2. European farming is already one of the most efficient worldwide. What can be done to further reduce the impact of agriculture in Europe on the climate? Precision Farming and the correct use of fertilisers are key to making a significant difference.

The G7 Summit, just as expected, had quite a rough start. Right at the start, after a public spat with the French and Canadian leaders, isolated US President Donald Trump cancelled the climate part of the meeting. He also threatened to impose more tariffs on European and Canadian products.

And the Economist nailed his foreign policy approach with a grand cover.

Polish-German reconciliation is a miracle, a former Polish statesman once said. That this is still true shows in the fact that Polish people’s attitude towards Germans and the German view of Poles have not become more hostile

In Romania, the political party that toppled its own government is staging a massive protest in front of the government building in what is believed to be an attempt to rally support for the party leader, besieged by legal problems.

Kazakhstan, the most impressive reformer in the Central Asian region, is set to benefit enormously from China’s Belt and Road initiative as an equal partner, argues Kate Mallinson of Chatham House.

The case of Penka the cow got the unprecedented attention of the world media – and a Bulgarian columnist wrote it had outshone the official highlights of the country’s EU Presidency. The Commission stepped in to throw a lifeline to Penka.

After Sweden awarded the controversial Nord Stream 2 pipeline a construction permit, all eyes are on neighbouring Denmark now. A Danish veto, however, would not block the project.

With new governments in Spain and Italy, political realities might have shifted in favour of higher ambition on renewables and energy efficiency. Meanwhile, talks near finishing line.

Day Two of the G7 summit in Charlevoix, Canada.