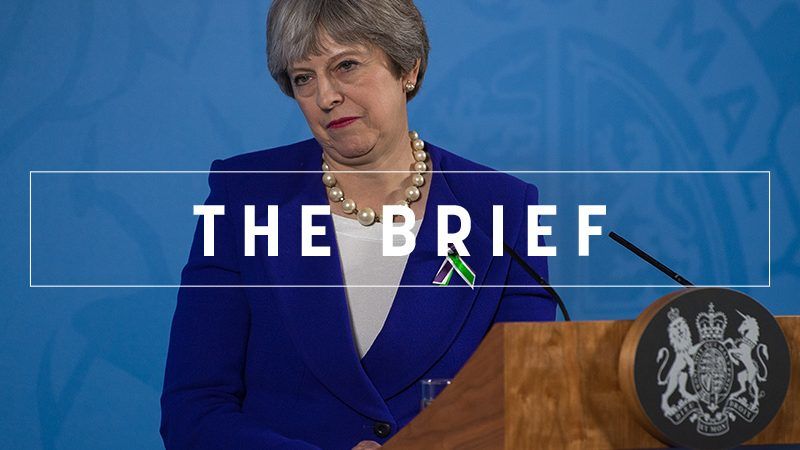 At a briefing with the US Ambassador to Brussels a week before Barack Obama’s re-election in 2012, a group of the Brussels press pack (mainly Britons) mused that America’s politics were so polarised that the country had become ungovernable.

But fast forward a few years and Britain is the land that looks ungoverned and ungovernable. Prime Minister Theresa May will be relieved that her party survived last night’s local elections. Her Conservative party’s performance in London was poor, but not as bad as many had feared. In the rest of England, its vote held up.

She shouldn’t get too excited.

The Brexit referendum appears to have unleashed a series of mini culture wars – young vs old, town vs country, internationalist vs insular – amongst them. Neither side can win. Nor does anyone look like compromising any time soon. May’s government has committed itself to a ‘hard Brexit’ that it knows, deep down, it is incapable of delivering but can’t admit.

This time last year May threw away her majority, as young voters and Remainers lent their votes to Labour. Nothing has changed since then. Last night’s municipal results would have given us a near identical set of results of the 2017 poll.

Britain is in a state of deadlock.

May’s Conservatives are not governing in any meaningful sense of the word. The only major legislation in the pipeline is the Brexit withdrawal bill. That is deadlocked. The House of Lords inserted an amendment on Customs Union membership and May probably lacks the votes to unpick it.

Nearly two years after the referendum, her cabinet sub-committee on Brexit is still deadlocked on whether to pursue a ‘customs partnership’ that would mean de facto membership of the EU’s Customs Union.

In Brussels, insiders on both sides of the Brexit talks say that the funereal pace of negotiations is the result of UK ministerial indecision.

Brexit minister David Davis and May’s advisor Olly Robbins strike agreements with Michel Barnier’s EU Commission team  – such as on how to resolve the Irish border question – only to be told to unpick them by a wrathful Conservative party when they return to London.

If May’s government is inept, indecisive and completely divided, Jeremy Corbyn’s Labour party does not look capable of governing either. The party and the Momentum group of activists closest to Corbyn face serious, not to mention shameful, accusations that they are tolerating (and even encouraging) anti-semitism.

Britain’s two tribes are at war and right now, it looks like no one will win.

On the World Press Freedom Day (3 May), MEPs adopted a resolution asking the Commission to play a much bigger role in opposing attempts by member states to limit media freedom and pluralism. The tireless MEPs have also urged the EU to launch a high-level diplomatic campaign to impose a worldwide ban on animal testing in the cosmetics industry.

Waste-burning is not renewable. A coalition of green NGOs and industries has asked EU policymakers to prevent incineration of unrecyclable waste from being counted as renewable energy.

Free tickets – yes, but… Eighteen-year olds will have to pass a six-question quiz about European history and culture to receive free Interrail train or plane tickets, as part of a €700 million project that is set to start next month.

Battle lines are being drawn for the next European election. Find out what the far-right has been up to.

No to EU blackmail, Budapest says. Hungary is the latest to criticise the Commission’s new long-term budget proposal, saying the plan link the bloc’s funding payouts to respect for the rule of law amounted to “blackmail”.

Don’t forget to check out the latest Tweets of the Week.

The Commission holds the first ever Citizens’ Panel in Brussels at the weekend, to prepare a public consultation on the Future of Europe.