Barnier - Brexit deal could be ready next week. [Julien Warnand/EPA/EFE]

Overall responsibility for the talks is being moved to the Cabinet Office, the ministry which supports May and where her main Brexit advisor, civil servant Olly Robbins, is based.

The ministry led by Brexit Secretary Dominic Raab, ostensibly the public face of the negotiations, will instead focus on domestic preparations for Brexit, including the risk of reaching no deal.

Raab, who only took over on 9 July after his predecessor David Davis quit in protest at May’s plan for close economic ties with the EU, denied he had been demoted.

He noted he met EU negotiator Michel Barnier in Brussels last week, would see him again this Thursday and intended to make regular visits over the summer.

Raab told a committee of MPs that May’s statement simply confirmed that there is “one team, one change of command”.

A shift in responsibility has been under way for months, as Davis was increasingly sidelined by Robbins before he quit — in what one eurosceptic MP suggested on Tuesday was a “coup d’état”.

But Brexit supporters expressed anger that Raab, a fervent believer in the opportunities of leaving the EU, would not be in charge of fulfilling them.

“This is absolutely devastating news to the 17.4 million people that voted to leave the EU as we now look set for Brexit In Name Only,” said Richard Tice of campaign group Leave Means Leave.

Earlier Tuesday, Raab presented to parliament a policy paper outlining the elements of the divorce deal agreed so far with the EU, which will eventually be turned into law.

Agreement has been reached on Britain’s financial liabilities and the rights of millions of British and EU expatriates living in each other’s territories.

The EU has also agreed to a post-Brexit transition period in which Britain would effectively remain a member of the bloc until the end of 2020, to ease the break.

Raab revealed this transition would require the extension of elements of the 1972 European Communities Act, which made Britain a member of the EU but is due to be repealed on Brexit day.

Talks with the EU have, however, become stalled on the problem of avoiding border checks between Northern Ireland and EU member Ireland after Brexit.

London hopes to resolve the issue by continuing a close economic relationship with the EU, including following the bloc’s rules on trade in goods.

But the plan has provoked fury in May’s Conservative party and prompted the resignations of Davis and foreign minister Boris Johnson earlier this month. 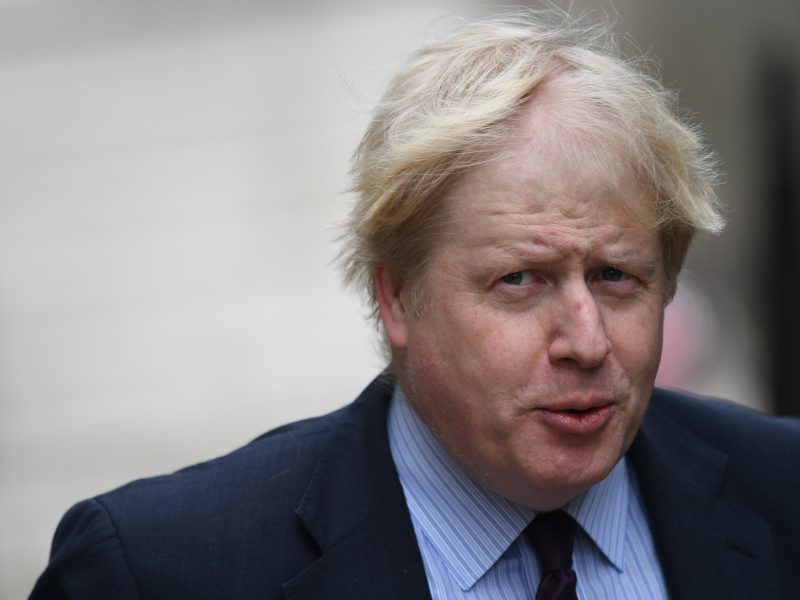 The EU has also raised major questions about the proposal.

There are growing fears now that Britain could leave without any deal, and both sides are stepping up contingency plans.

Britain will publish around 70 “technical notices” in August and September setting out what citizens and businesses would need to do.

UK to warn public every week over 'no-deal Brexit'

Britons will from next week start receiving weekly information bulletins from the government about how to make sure they’re ready for a disorderly Brexit, The Times reported today (20 July).

Asked if Britain was stockpiling food, Raab said Tuesday: “It would be wrong to describe it as the government doing stockpiling.”

He added: “We will look at this issue in the round and make sure that there is adequate food supply.”

He said he still hoped to get a deal by October, to allow its ratification by the European and British parliaments before Brexit.