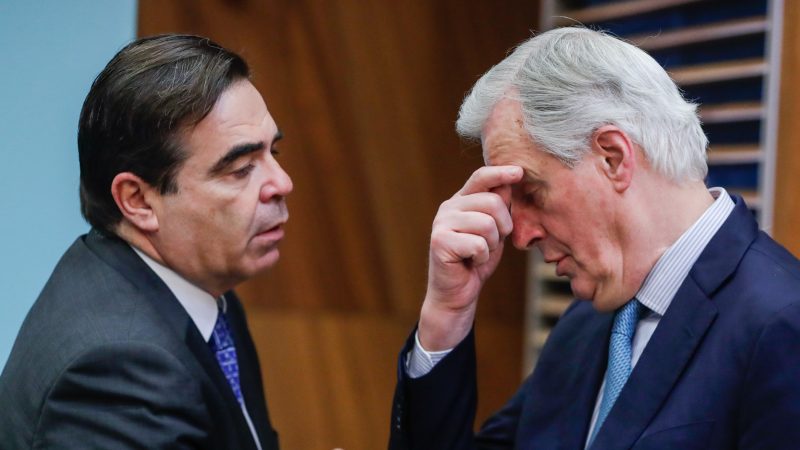 Talks with Britain on amending its divorce deal with the European Union have made no headway and no swift solution is in sight, EU officials said on Wednesday (6 March), a week before British lawmakers must vote on the plan to avoid a chaotic Brexit. 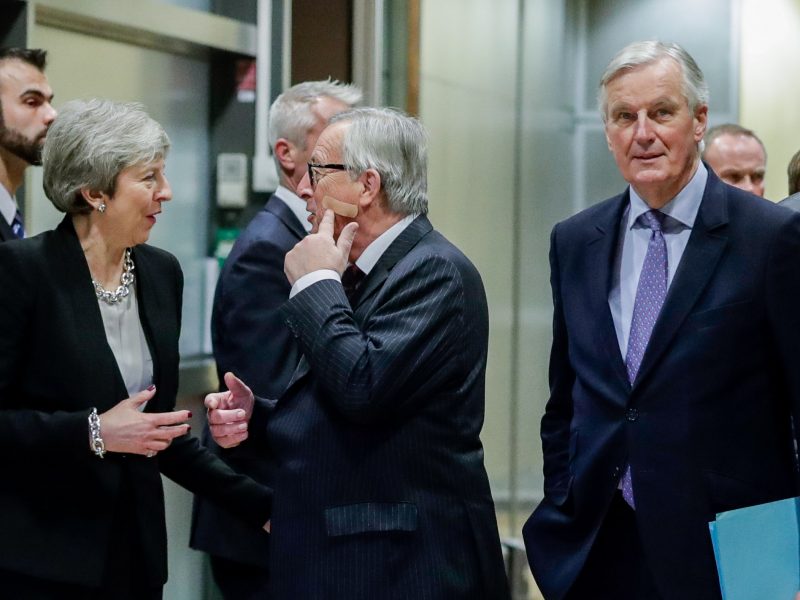 Theresa May’s government is hoping to avoid a three day marathon of voting next week that could pave the way for a ‘no deal’ scenario or delay to Brexit.

“Things are not looking good,” one diplomat said after EU negotiators briefed envoys on the previous evening’s talks with Cox. Another described the mood as “downbeat,” although Brussels insiders were divided on whether May might yet accept an EU offer by next week — or risk an 11th-hour crisis at a summit on 22 March.

At the heart of the impasse is the Irish “backstop,” an insurance policy May accepted in the withdrawal deal to ensure no return to a hard border between the British province of Northern Ireland and EU member Ireland after Brexit.

May now wants legally binding changes to the backstop to ensure it will not be indefinite, to allay concerns among lawmakers that Britain could be locked in a continued customs union with the EU. Brussels has offered assurances the backstop would be temporary pending a future trade deal with Britain.

EU Brexit negotiator Michel Barnier said after more than three hours of talks with Cox that “while the talks take place in a constructive atmosphere, discussions have been difficult,” according to the European Commission spokeswoman.

“No solution has been identified at this point,” the spokeswoman, Margaritis Schinas, told a news conference.

Cox said on Wednesday the previous day’s discussions in Brussels were “robust” and detailed.

A spokesman for May said technical talks would now continue, but again repeated Britain’s line that the EU has said it wants “this to be resolved.”

“Parliament has been clear that in order for this to happen we require legally binding changes which mean the UK cannot be trapped in the backstop indefinitely, and that is what we will continue to pursue,” he told reporters.

But an EU official said it was unlikely there would be a deal before the weekend, which would mean talks could run close to 12 March, a date by which May has promised Parliament it will have another vote on her Brexit blueprint.

Britain’s pound remained stuck near a one-week low on Wednesday over the stubborn deadlock in Brexit talks and the lack of prospect for a quick breakthrough.

Britain voted 52-48 percent to leave the EU in a 2016 referendum, a decision to end more than 40 years of union that has split the country and cast its political system into crisis.

May’s deal is widely unpopular for failing to satisfy either “Leavers” seeking a complete break from the EU or “Remainers” keen to retain close economic relations.

EU diplomats suggested that, if negotiators managed to clinch a deal over the weekend, May could come to Brussels on Monday to give it political endorsement and bring it back to London just a day before the House of Commons votes.

The EU’s 28 government leaders including May will then decide at a 21-22 March summit whether to extend the negotiating period beyond the current exit date on 29 March.

May’s government are pinning their hopes on Cox to secure changes to make the agreement more palatable to Parliament, which resoundingly rejected it in January, inflicting a record defeat on a government.

May is also trying to win round opposition Labour lawmakers by offering them more say on workers’ rights after Brexit.

The EU will be monitoring Britain’s Parliament next week but few in Brussels believe the deal will be ratified there.

“We are at a standstill,” said a national EU diplomat who follows Brexit. “How long an extension will depend on the House of Commons vote.”

With fears on both sides of the English Channel that an abrupt divorce without a pre-negotiated settlement could spell economic turmoil, the EU is nudging London to delay its exit.

May, whose lack of a reliable majority in Parliament has complicated passage of her plan, last week opened the way to a short extension of the negotiating period, and the EU sees a delay until the end of June as relatively easy.

But EU leaders have also mooted a longer delay, in part to help May coax the hardline Conservative eurosceptics to accept her deal – or risk Brexit being put off for a considerable time and perhaps never materialising at all.

“If the deal goes through then everything is fine, although the Brits may request a short, truly technical extension to complete their own legislative process,” a second EU official said.

“But if parliament rejects her deal for a second time, a short extension would not make much sense. A longer extension would be needed, six months, nine months, a year, two years.”

As the Brexit drama goes down to the wire, both sides are advancing contingency plans if Britain, the world’s fifth largest economy, tumbles out without a deal.

British Trade Minister Liam Fox said on Wednesday the government had reached an internal agreement on import tariffs in case of a no-deal Brexit, declining to give details.

He spoke after broadcaster Sky News reported that the government was planning to slash tariffs on 80-90% of goods if it left with no deal, which would benefit consumers but damage the competitiveness of many British factories and farms.

For its part, the EU said it had moved closer to extending permits for rail services between France, Ireland and Britain temporarily should the worst-case scenario transpire.