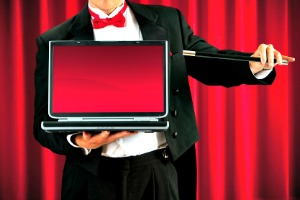 Germany, Austria and Finland have called for the withdrawal of an “absurd and unjustified” gentleman's agreement that allowed the United Kingdom to sign up to the Energy Efficiency Directive. The plea was made in a letter, seen by EURACTIV, to Energy Commissioner Günther Oettinger.

The three countries’ economic ministers said that if the agreement was allowed to stand, “the level of ambition of the Directive would be substantially reduced and the fulfilment of the EU’s 20% energy efficiency target jeapordised.”

At issue is an unpublished EU interpretation note explaining a paragraph in the directive’s Article 7, which allows countries exemptions so long as they do not lower by more than one-quarter a 1.5% savings target set for energy companies.

This would allow countries with energy efficiency obligations, such as Britain, to count energy savings from four years before – and three years after – the directive’s nominal 2014-2020 period towards their achievements.

Such ‘banking and borrowing’ allowed the UK to sign up to the deal by offering it a “massive discount” of up to 60% in its level of annual energy savings, the ministers say, enabling London to meet a far lower target of around 0.5% in practice.

But the legal basis of the text is disputed on a variety of grounds including: a lack of baseline provisions, a 2016 review clause, and the overall objective of meeting the EU’s non-binding 20% energy savings goal by 2020, measured against 2005 levels.

“It would be absurd and unjustified if paragraph 7c were now to be used as an accounting trick to significantly lower the ambition of the Article 7 target for member states,” the ministers write.

EURACTIV understands that the issue was raised at the Energy Council on 4 December and again at the European Council working group on energy on 8 December.

“We got broad support from other member states,” a German diplomat told EURACTIV. The Netherlands, Sweden and Portugal are thought to be at one with Berlin on the issue.

Germany is not eligible for the exemptions signalled in the Commission’s interpretation note, because it uses mechanisms such as guaranteed loans from the public investment bank KfW, rather than obligation schemes.

But sources say that France, Denmark, Italy and Poland which have energy-efficiency obligation schemes similar to the UK’s could also benefit from the current exemptions regime.

The Commission has referred the issue on to its legal service, which is expected to report back in January, having failed to deliver its advice before the end of 2012 as initially planned.

“The UK should not be allowed by the Commission to damage this Directive and compromise the future of Europe's energy efficiency policies,” said Matthieu Ballu, an advisor for the Coalition for Energy Savings.

With three countries now signalling that they “cannot accept” the current loopholes, and calling for the Commission to “seriously reconsider and correct” them, another energy efficiency storm could be brewing.

“We’re taking this seriously because we feel there should be a level playing field in Europe,” a German diplomat told EURACTIV.

“There are different policy approaches to energy efficiency in Europe and the current interpretation note discriminates against Germany’s,” he said.

“The UK is seeking to free-ride on existing measures to meet new targets set by the Energy Efficiency Directive,” Brook Riley, a spokesman for Friends of the Earth, told EURACTIV. “Its accounting tricks would mean fewer emission cuts and fewer new jobs, but more energy imports and more expensive bills.

“This is greenwashing from the so-called greenest government ever.”

Europe aims to reduce its primary energy use by 20% by 2020, a target which is not legally binding. But so far, EU states are only on track for savings of around 9%, according to Commission estimates.

To achieve the EU's stated goal, an Energy Efficiency Directive was proposed by the European Commission in mid-2011 and finally approved after much haggling in June 2012.

Several sectors were covered in the directive, but its cornerstone was an obligation on energy companies to reduce their energy deliveries to customers by 1.5% each year.