UK and EU negotiators are currently butting heads over the ‘big three’ issues in the Brexit talks – the divorce bill, Northern Ireland and citizens’ rights – and discussions on other matters will not start before “sufficient progress” is registered on all three.

But the clock is ticking and there have been few signs of a compromise, which seriously narrows the scope for other negotiations that need to be completed before Britain leaves the EU in March 2019. 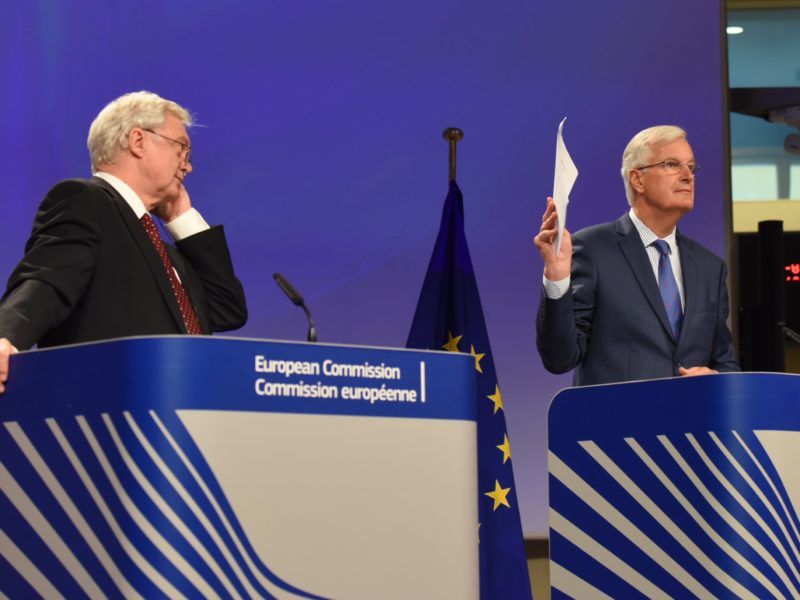 “The most realistic scenario, come 2019, unfortunately, is the cliff edge. At the moment there is no prospect of that changing because the talks are effectively stalled. Realistically, everyone should be planning for the cliff edge, that’s what we are telling our members,” said Mark Watts, a former MEP and a Brussels-based coordinator of the UK Transport in Europe.

He said transport, which was always awarded a low priority in Downing Street, should be taken seriously “and we should be looking at it now because of the catastrophic effects it will have,” Watts said.

“Even if we start now, one year is not enough. We’ve run out of time already. Talks need to be extended, we need a transitional period, we need to stay in the single market beyond the day the UK leaves because there is not enough time to negotiate all these points in detail,” he warned.

In the absence of a deal, concrete problems are likely to arise in air traffic. Because there may be no time to negotiate a whole new aviation agreement between the EU and the UK, the number of flights would fall drastically.

“Airlines always make their plans six or 12 months in advance so basically, if you don’t have clarity at the start of 2018, they will take out the flights (to and from the UK) for 2019 because they are not sure they can operate them,” an aviation source said.

“The very last moment for planning is early autumn 2018. If by that time you cannot foresee what the future will look like, the airlines will need to act,” the source added.

Contacted by EURACTIV, a European Commission spokesman said: “The possible implications to the single aviation market, and notably air traffic control, resulting from the United Kingdom’s decision to leave the EU are being assessed and will be addressed in due course in the appropriate phase of the negotiations”.

A spokesman for Ryanair confirmed the low-cost airline was “concerned at the uncertainty”.

“While we continue to campaign for the UK to remain in the EU Open Skies agreement, we caution that should the UK leave, there may not be sufficient time, or goodwill on both sides, to negotiate a timely replacement bilateral which could result in a disruption of flights between the UK and Europe for a period of time from April  2019 onwards.”

“If we do not have certainty about the legal basis for the operation of flights between the UK and the EU by autumn 2018, we may be forced to cancel flights and move some, or all, of our UK-based aircraft to Continental Europe from April ’19 onwards,” the spokesman said.

UK ports like Dover, where lorries coming from Europe now take a couple of minutes to clear, will also be affected. Should Britain effectively become a third country in 2019, this time will increase to “between 20 minutes and three hours per lorry,” Watts said.

“You will have a massive queue of lorries on both sides of the channel every day, ferries will not be able to move, you will almost have a gridlock every day,” he emphasised.

Railway traffic is also bound to suffer because of international rail freight, which is connected by ferry through the Channel tunnel, or the passenger-carrying Eurostar.

“It would mean backing up high-speed trains on the French, Belgian, Dutch and even German network. You can mitigate it to some extent, but there is no way around it,” Watts said and cautioned:

“A transitional arrangement is really the only chance we have to avoid disruptions”.