The European Union was offering Britain a “Canada plus plus plus” arrangement, Tusk told reporters after meeting the Irish prime minister, explaining Britain could have not just a free trade accord like that with Canada but also extremely close relations in security, foreign policy and other areas.

“The EU wants a relationship with the UK that is as close and special as possible,” Tusk said. “From the very beginning, the EU offer has been not just a Canada deal, but a Canada plus plus plus deal. Much further-reaching on trade, on internal security and on foreign policy cooperation.”

From the very beginning, the EU offer has been a Canada+++ deal. Much further-reaching on trade, internal security and foreign policy cooperation. This is a true measure of respect. And this offer remains in place. #brexit

“Emotional arguments that stress the issue of dignity sound attractive but they do not facilitate agreement. Every actor in this process has their dignity and confrontation in this field will not lead to anything good.

“No one can expect that because of Brexit, the EU will give up its fundamental values and key interests.”

Referring to sharp exchanges on both sides after EU leaders met British Prime Minister Theresa May at a summit in Salzburg two weeks ago, he urged her to work to a final accord by the next summit in Brussels in two weeks.

Noting his own experience as a political party leader, the former Polish prime minister said that now May had concluded her Conservatives’ annual conference on Wednesday it was time to “get down to business”.

But as a Pole, he took time during his statement to denounce comments by Britain’s foreign minister Jeremy Hunt earlier in the week in which he likened the EU negotiating stance on Brexit to the Soviet Union’s refusal to let states secede. 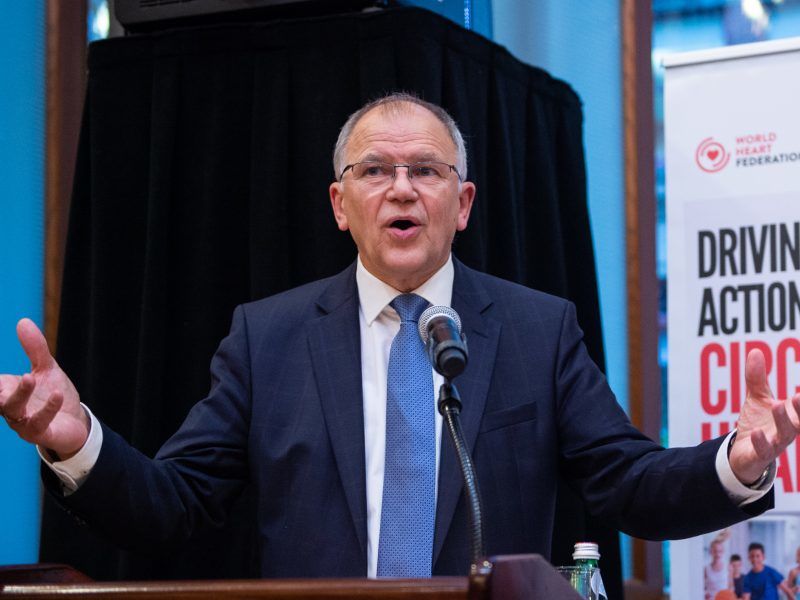 Lithuania’s EU Commissioner, Vytenis Andriukaitis, has given a scathing response to UK foreign affairs chief Jeremy Hunt, who compared the EU to the former Soviet Union.

“Comparing the European Union to the Soviet Union is as unwise as it is insulting,” Tusk said. “As the president of the European Council and someone who spent half of my life in the Soviet bloc, I know what I’m talking about.”

“Unacceptable remarks that raise the temperature will achieve nothing except wasting more time. What needs to be done is maximum progress by the October European Council.”

Britain’s former foreign minister Boris Johnson, who has led calls for Theresa May to ditch her Brexit plan, on Thursday welcomed Tusk’s proposal for the two sides to agree a Canada-style deal.

Johnson is May’s most powerful critic in her governing party and he has called for the prime minister to drop her so-called Chequers plan in favour of a Canada-type deal which drops the need for the UK to apply EU regulations on trade.

Johnson tweeted of the proposal from European Council President Donald Tusk: “Tusk’s Canada +++ offer shows there is a superb way forward that can solve the Irish border problem and deliver a free trade based partnership that works well for both sides of the channel – as I set out last week in my plan for a better Brexit.”

But the first step to achieving a mutually beneficial SuperCanada deal is the removal of the Irish backstop so there is no threat to the Union whatsoever.