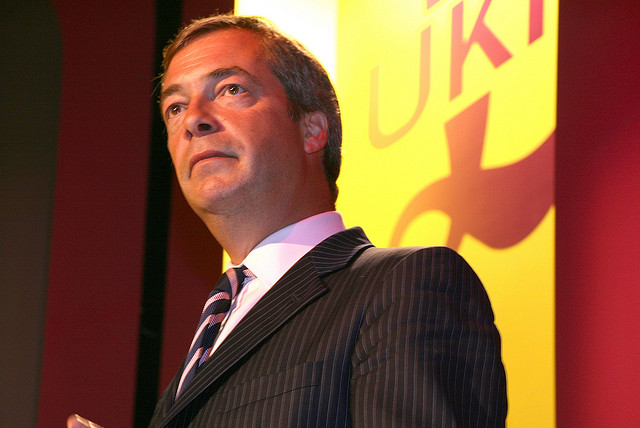 The UK Independence Party suffered a social media setback a day (21 May) before the European Parliament elections after its Twitter campaign hashtag was hijacked by internet jokers.

UKIP’s public relations team had invited their members to explain where they were supporting the Eurosceptic party in the elections. The UK goes to the polls tomorrow.

But their Twitter hashtag #WhyI’mVotingUkip was swiftly hijacked by people keen to mock the party and satirise its supporters, as well as genuine UKIP voters.

The hashtag, a way of grouping Twitter conversations by subject, was soon “trending” in the UK.  When a hashtag trends it means it is one of the most popular subjects being discussed.

The tweets refer back to a series of recent gaffes made by UKIP, including leader and MEP Nigel Farage. Farage was forced to apologise after saying he would be concerned if a family of Romanians were to live next door to him. He later took out a full page advert in a national newspaper to deny racism accusations (here).

A farcical and poorly attended “UKIP carnival” in Croydon, London clearly failed to convince all Brits that the party was not racist, if the tweets are anything to go by. UKIP was also criticised today for an election poster showing graves of British war dead with the motto (here).

Other tweets reference the  UKIP local councillor, who blamed storms and heavy floods across Britain on the government’s decision to legalise gay marriage.

We’ve put together a selection of the funniest tweets about such subjects as MEP Godfrey Bloom’s infamous “Bongo Bongo Land” comments, vanishing Romanians, the EU and Star Wars, and, of course, Eurovision.

#WhyImVotingUkip Because the weather’s really starting to pick up, and I don’t want it ruined by gays.

#WhyImVotingUkipCos I didn’t concentrate during history at school and therefore have a warped, profoundly Caucasian view of Britishness

#WhyImVotingUkip Because I saw a photo of Nigel Farage holding a pint and I drink pints so he must be alright.

#WhyImVotingUkip Because in a country built by Angles, Saxons, Normans and Germans, the last thing we need is immigrants.

#WhyImVotingUkip because 60 years of peace in Europe is crippling my share options in B.A.E

#WhyImVotingUkip because life is hard when you’re a middle class,heterosexual white male in the UK & we need to help this oppressed minority

#WhyImVotingUkip Because I’ve got the EU confused with the Empire from Star Wars. And the dude who played Darth Vader was black.

#WhyImVotingUkip because other than culture, education, great food, & engineering what have the Europeans ever done for us

#WhyImVotingUkip there’s a Romanian in my bath! Look, there he… Well he was there a minute ago, I swear. Ok? pic.twitter.com/yQbHHdCfs5

#WhyImVotingUkip because we didn’t win at Eurovision again. I’m blaming the Gay Romanians!

British Eurosceptics, such as the UK Independence Party, see the EU as an oppressive, wasteful superstate that threatens Britain's sovereignty, want a referendum on whether to stay in the EU. They are expected to make big gains in this week's elections.

0 responses to “Twitter hashtag backfires on UKIP ahead of elections”