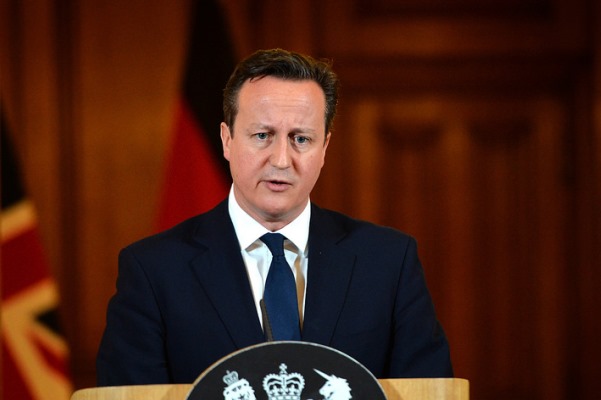 Two years after David Cameron laid out his vision for a reformed EU and promised the British public a vote on whether to stay or leave the Union, opinion is divided over whether the prospect of a ‘Brexit’ has rescinded, or moved closer.

On 23 January 2013, David Cameron delivered his landmark Bloomberg speech, calling for a deep reform of EU institutions, a renewed focus on delivering prosperity across the continent and promising a referendum on the UK’s EU membership.

Two years on, have calls for change met sympathetic ears in Brussels? Why has immigration taken on such a prominent role in the debate? And, ultimately, is the UK closer to leaving the EU than it was two years ago?

“Unfortunately, with the PM openly entertaining the notion of an EU exit, we are indeed closer to that end than we were two years ago,” said Petros Fassoulas of the European Movement, which backs deeper EU integration.

Peter Wilding, Director of the pro-EU think tank British Influence, however, disagrees: “As people look closer to the question, they are faced with two avenues. Do they want to be an inward or and outward looking country? Slowly but surely, the penny is beginning to drop. I think we are further away from exit.”

According to Wilding, most of the reforms Cameron has been calling for are already being implemented. “The reforms are signed, they are sealed, now it needs some leadership to get them delivered. This is where Britain needs to step up to the plate.”

Sean McGuire, Brussels Director of the Confederation of British Industry agrees. “There is a genuine feeling that progress is being made,” McGuire said. “Especially since the new Commission has come in with reform at the heart of its agenda.”

For many observers, credit should go to Jean-Claude Juncker, the new President of the European Commission, whose appointment was so vehemently opposed by Cameron.

“The new Commission priorities could have easily been written in No 10,” Faloussas said.

“David Cameron can stand up now and say ‘I gave this speech two years ago, and the European Union have agreed in principle to these demands’,” says Wilding. Yet instead of celebrating his achievements they have become ‘the success that dare not speak its name’.”

Pawel Swidlicki of Open Europe, a euro-critical think tank, describes progress since Bloomberg as “mixed”, saying Cameron has “a lot to do” if he remains in power.

“Despite some significant victories including cutting the budget, securing some safeguards for non-eurozone member states, in many areas, rhetoric needs to be translated into tangible reforms. It is frustrating that the UK government has not been more proactive”.

UK Foreign Secretary Philip Hammond is confident the government can achieve its aims: “‘I have visited 18 EU states and I am very clear that we will be able to negotiate a significant package of reform,” he told the House of Commons EU Scrutiny Committee on Tuesday (20 January).

>> Read: Hammond: ‘Everybody fears the consequences of Britain leaving the EU’

However, the UK’s confrontational and adversarial style of negotiation has, in Fassoulas’ opinion, isolated the country from its natural allies.

“Mr Cameron’s approach to relations with the EU and his willingness to entertain the possibility of EU exit, has led many traditional allies to distance themselves,” says Fassoulas. “Why do deals with a member that might be on the way out?” Things can move forward only “when the UK engages constructively with its European partners, to find common solutions to common problems,” says Fassoulas.

Patience appears to be wearing thin, with Commission President Jean-Claude Juncker publicly admitting a UK exit from the EU is possible, saying “I am against all forms of grovelling.”

As a result, Labour’s Shadow Foreign Secretary Douglas Alexander said Cameron has “presided over the most significant decline in British influence in Europe for a generation.”

Remarkably, immigration and freedom of movement were absent from Cameron’s Bloomberg speech. But the issue has since taken on a prominent role in the domestic debate and been a source of friction with other member states.

A surge in support for the UK Independence Party (UKIP) and their victory in the European Parliament election in May 2014 have helped push immigration higher up the political agenda.

The failure of the Conservative government to meet their election pledge to reduce net migration to the “tens of thousands” and increased pressure on the principle of free movement.

Caps on EU migration numbers where mooted and then dropped, as were calls for job offers to be made before EU nationals were allowed to come to the UK. Recent plans to restrict in and out of work benefits until a claimant has been paying into the system for four years – something that would be achievable via domestic legislation rather than EU level treaty change.

According to Fassoulas, the recent attacks on free movement have proved the most damaging to UK-EU relations: “Mr Cameron chose to ignore the totemic significance that fundamental right holds… as a result he has managed to alienate significant allies like Germany and Poland and project an image of a hostile, inhospitable Britain.”

Sajjad Karim, a Conservative MEP, says the Bloomberg speech not only kick started a debate on the EU, but has also brought about tangible results.

“[Cameron’s] arguments that the EU should focus more on building the single market in digital and energy are now major priorities,” Karim told EURACTIV. “And the idea that the EU should be seeking to ambitiously deregulate is being taken forward by Commission VP Timmermans.”

“The Bloomberg speech was the start of a longer process of trying to secure reforms that will benefit the whole of Europe and in that extent it has had an impact. That is not to say that there is not more work to do, but it might have been the moment that we started to turn the oil tanker around,” said Karim.

In a landmark speech one year ago, David Cameron laid out three challenges facing the EU at the start of 2013:

The speech also marked the announcement of a referendum on UK membership of the EU to tackle the democratic consent for the EU in the UK which Cameron described as “wafer thin”.

If Cameron’s Conservative party are returned to power after next May’s general election the vote will take place by the end of 2017 at the latest with the aim of setting the “European question in British politics”.

Cameron said in the speech, and subsequently, that he would campaign for the UK to stay in a reformed EU saying “Britain’s national interest is best served in a flexible, adaptable and open European Union.”

0 responses to “Two years after Cameron’s EU speech: Is Britain closer to leaving?”