Concern over the future of the UK agricultural sector has grown following the Secretary of State, Michael Gove’s ‘Farming for the next generation’ speech on 4 January. Gove announced government plans to abandon the current system of farm subsidies under the EU’s Common Agricultural Policy (CAP) after 2022.

Gove described the CAP system as “unjust, inefficient” and a driver of “perverse outcomes”. A proposed five-year ‘phase-out’ period is enough time, according to Gove, for farmers to “change their business model if necessary, and prepare for the future.” Gove also announced that “farmers who may choose to leave the industry” would be supported in some way.

Tom Hind, chief strategy officer for the Agriculture and Horticulture Development Board (AHDB) said that Gove’s “stark” speech “reflected the prevailing orthodoxy of political parties in the UK: that the only justification for paying public money toward farmers and landowners is the delivery of public goods.”

He also stressed the importance of investing in the agricultural sector, noting that “Brexit or no Brexit, productivity will have to be addressed as the imperative facing our industry.”

The sector is currently ineffective in “translating innovation into practice. The sector needs to seize the current opportunity presented [by Gove] to enable us to be more competitive and maintain market share.” 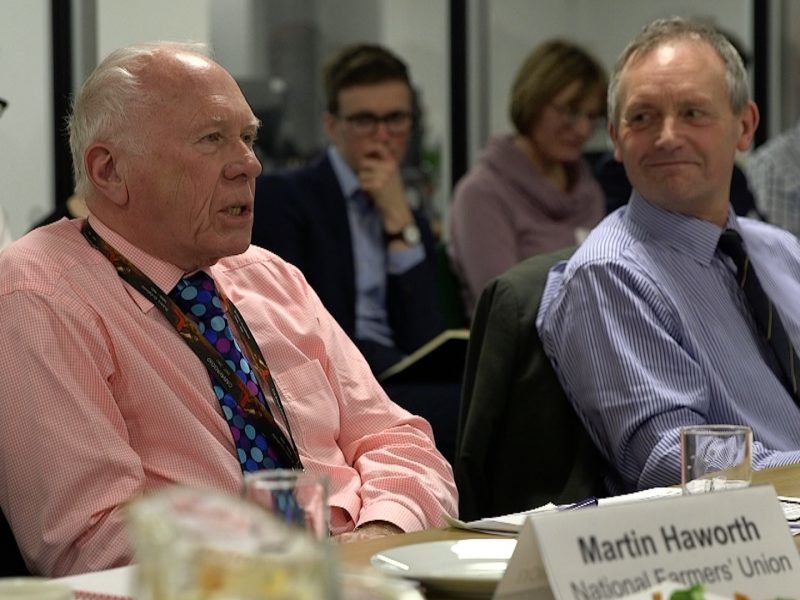 The prospect of the UK leaving the EU and the single market has forced the farming sector to look at alternative markets for their meat and produce.

“We need to explore the markets in China and the United Arab Emirates, but the chance of these replacing the EU market is remote,” said Martin Haworth, director of strategy for the National Farmers’ Union.

“Without regulatory alignment, the costs (of accessing the EU market) could be really high,” he added.

“96% of sheep exports go into the EU market. The industry will feel a huge impact from lost access or imposed tariffs, which could be as high as 50% of the total cost,” said Phil Stocker, chief executive of the National Sheep Association.

Speakers also called on the UK government to address the labour shortage that could face the sector once EU rules on freedom of movement cease to apply. Haworth said that concerns are not limited to “seasonal labour, Britain’s agri and horti sectors are heavily dependent on EU workers for permanent workers.”

Without a system in place to incentivise seasonal workers to return and EU-born permanent workers to remain “it is difficult to see how the agricultural sector can continue,” Haworth added.

“The sun will always rise for Irish and UK agriculture… but we don’t see any plan (for after Brexit),” said Conor Mulvihill, director of Dairy Industry Ireland. “I see a lot of aspirations from a man who’s not going to be there in two years time,” he said, referring to Gove.

“We need to drag this out and get a transitional period so that we can have a plan,” he added.