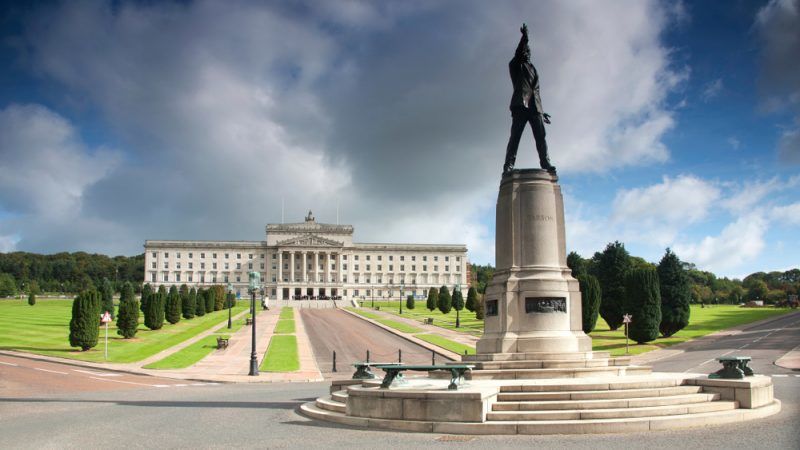 The UK government and European Commission need to do more to explain how changes to EU law could impact Northern Ireland, UK lawmakers warned this week, amid concern about the unique democratic deficit that faces the province. [Shutterstock]

The UK government and European Commission need to do more to explain how changes to EU law could impact Northern Ireland, UK lawmakers warned this week, amid growing concerns about the unique democratic deficit that faces the province.

A report by a House of Lords committee on the Northern Ireland protocol criticised the quality of the UK government’s ‘explanatory memoranda’ on new EU laws.

While praising the Department for Environment, Food and Rural Affairs (Defra) for the quality of its submissions, it added that “too many documents from other departments do not contain sufficient information about the implications of EU legislation for Northern Ireland

Northern Ireland’s unique status under the protocol, which effectively keeps it in the EU’s single market for goods and therefore subject to a swathe of EU law, despite being outside both the EU and the European Economic Area, has created a new democratic deficit.

These include establishing structured dialogues between Northern Ireland officials, civic society and businesses and the Commission, and stronger links between the Northern Ireland Assembly and the EU-UK Parliamentary Partnership Assembly.

A website will also be set up to show how EU legislation is applicable in Northern Ireland.

However, in their recommendations, the Lords committee suggested that a pre-legislative consultation or a Legislative Consent Mechanism could be introduced.

New EU laws tabled by the Commission which will affect Northern Ireland are subject to a formal consultation process with the UK government via the Joint Committee. However, there is no equivalent process for when the EU amends or replaces existing laws, which automatically apply in Northern Ireland – what is known as “dynamic regulatory alignment”..”

The committee suggests the ongoing negotiations on the protocol are being used as an excuse to provide minimal information.

“Notwithstanding the ongoing discussions… the government has an obligation, in the meantime, to set out the full implications of EU legislation applying to Northern Ireland under the protocol as it currently operates,” it says.

Robbie Butler, a Northern Ireland assembly member for the Ulster Unionist Party, told EURACTIV that the protocol had created “a unique democratic deficit in Northern Ireland”, leaving it as a rule-taker from the European Commission and Westminster.

The prospect of political deadlock following the Northern Ireland assembly elections in May could also affect the oversight and scrutiny of new EU law.

The devolved Northern Ireland executive was unable to take office for three years from 2017 because of political disagreements between the parties, and further deadlock could emerge in May.

Under the provisions of the Good Friday Agreement, the leading Unionist and Nationalist parties share the top government positions in the power-sharing executive.

However, Sinn Fein, which supports a united Ireland, is set to emerge as the largest party in the May polls, while the main Unionist party, which backs Northern Ireland’s status in the United Kingdom, has indicated reluctance to sit in government with Sinn Fein.