The UK and Norway will begin trade talks within the coming weeks in a bid to minimise disruption and lost business after the UK leaves the EU single market at the end of 2020.

Oslo’s negotiating team this week published their mandate for a trade pact with London to come into force when the UK’s post-Brexit transition period – during which it remains part of the single market – ends. The pact will be negotiated together with Norway’s EEA/European Free Trade Association partner countries Iceland and Liechtenstein.

Norway says it wants the same access to the UK market for its businesses as the EU. That would include “full free trade for seafood”, according to Oslo’s Ministry of Trade, Industry and Fisheries.

“This would be an improvement over the current situation in which Norwegian seafood exporters do not enjoy free trade into the EU but must deal with a variety of different quotas and tariffs,” the Ministry added in a statement.

The mandate also seeks to also to improve market access for some of its agricultural products and to maintain existing trade in goods and services.

Some 22% of all Norwegian exports go to the UK, making it Norway’s largest single export market. The UK’s trade with its North Sea neighbours, Iceland and Norway, was worth around £30 billion (€33 billion) last year, with just over £24 billion (€27 billion) of this in goods.

However, the Norwegians do not expect a free trade pact to offset the losses from the UK being outside the common trading bloc.

“It will unfortunately not be able to replace the EEA [European Economic Area] agreement, and the business community must prepare for the fact that they will experience new trade barriers when the UK leaves the internal market,” Norway’s Trade and Industry Minister, Iselin Nyboe, stated last week.

Having ruled out the possibility of joining Norway as a member of the EU single market via the European Free Trade Association, Boris Johnson’s government has begun talks with a handful of countries, including the United States and Japan, alongside its ongoing talks with Michel Barnier, the EU’s chief negotiator on future relations.

But progress on all fronts has been slower than hoped for. This week, UK and US officials conceded that a trade pact will not be finalised this year, while on Thursday (23 July) Barnier warned that continuing “considerable differences” meant that an EU-UK agreement this year was also “unlikely”. 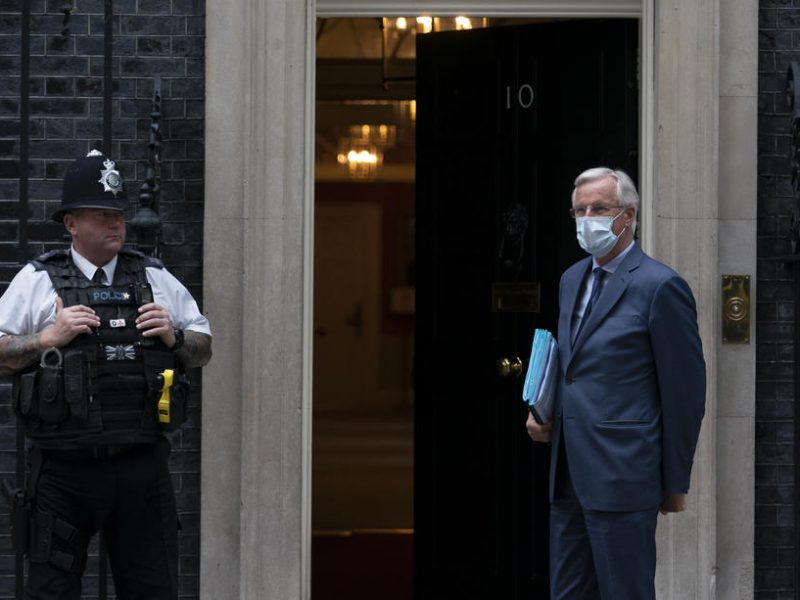 Last year, the UK, Norway and Iceland signed a trade continuity agreement covering trade in goods in the event of a ‘no deal’ scenario between the UK and EU.