In an unprecedented intervention in the debate over the UK’s EU membership, Hill said that other member states would try to poach top financial workers.

“If Britain chooses to become a competitor rather than a partner, why wouldn’t they seek a competitive advantage in the new relationship?” Hill said.

“To build up their financial services sector.  To roll out the red carpet to our bankers, insurers and asset managers.”

Losing access to the single market would also rob British financial services of its current easy access to EU markets, exposing it to regulatory risk and increased administration costs, he said in a speech at the London School of Economics tonight (23 May).

London is the leading financial centre in the EU, but some have argued that Paris and Frankfurt would look to usurp that position post-Brexit.

“In the EU Britain’s biggest export earner, financial services, are flourishing and if Britain remains there should be more and better to come,” Hill said.

“But if Britain leaves it is certain that there will be barriers to trade and that will damage the British economy, jobs and growth.”

Conservative peer Hill, a pro-EU veteran of the Tory civil war over the Maastricht Treaty, was hand-picked for the Commission by Prime Minister David Cameron, who backs Remain.

He has until now limited his comments on Brexit to stating that both the UK and EU are stronger together.

The European Commission has repeatedly refused to comment any further beyond that position, saying the 23 June vote is a matter for the British people alone.

In his speech Hill argued;

He poured scorn on Leave arguments that Britain would be able to negotiate a new trade agreement with the EU to give it access to the single market.

He said, “After having spent the last three decades making the case for it, shaping its [the Single Market] rules to fit our interests and working with our partners to take it further, the UK  is advised to abandon it for an unspecified new trade arrangement.

“Terms and conditions unclear: subject to negotiation. A negotiation with 27 countries who sell 8% of their exports to the UK, but on whom we depend on for nearly half of ours. ”

“There is absolutely no reason to believe that discussions would be quick or easy.  Greenland’s negotiation […] took three years even though there was really only one subject to talk about – fish.”

Any negotiators would have to face up to a “new reality” post-Brexit, according to Hill.

He said, “The reality of negotiating from outside; of trying to persuade trading partners who have every reason to defend their own turf.

“And even once a deal is finally done, the reality of having to accept that new rules would and could be set with the UK outside the room, without its interests represented at the table, simply informed of the results and any new requirements.”

Hill lashed out at Leave campaigners, who have pointed to Norway’s and even Albania’s relationship to the EU as alternatives to full membership.

Hill said, “If any student here [at the LSE] were to submit an essay making a series of internally contradictory arguments, I suspect they’d be told to rip it up and start again.

“That […] there is still no coherent economic plan for what Britain should do if it leaves that the EU suggests perhaps that we should be a little sceptical about what they claim.”

Hill also criticised Leave arguments that Commonwealth and US trade could replace the British relationship with the EU.

He said, “But when the leaders of Australia, India, Canada and the United States, amongst others, say that they think it’s in Britain’s interests to remain in the EU, we’re told not to listen to a bunch of meddling foreigners.

Commission ‘not part’ of the campaign

The Commission earlier insisted that Hill’s speech did not mean the executive was interfering in the referendum campaign.

Chief spokesman Margaritis Schinas said, “The Commission is not party to the campaign – we haven’t been and we won’t be. However it may be the case that Commissioners in the context of their duties will have dealings with the UK and it’s I think perfectly compatible with our basic position.

“In the context of that trip it’s a different matter, it’s not direct participation in the referendum campaign.”

Schinas was quizzed over Commission President Jean-Claude Junker’s recent comments to the Le Monde newspaper that “deserters” from the EU could not expect to be treated with kid gloves.

“Jean-Claude Juncker, after 30 years in public life has earned the right to speak on stakes. But this was not an intervention, this was a reply to your colleagues at Le Monde,” he said. 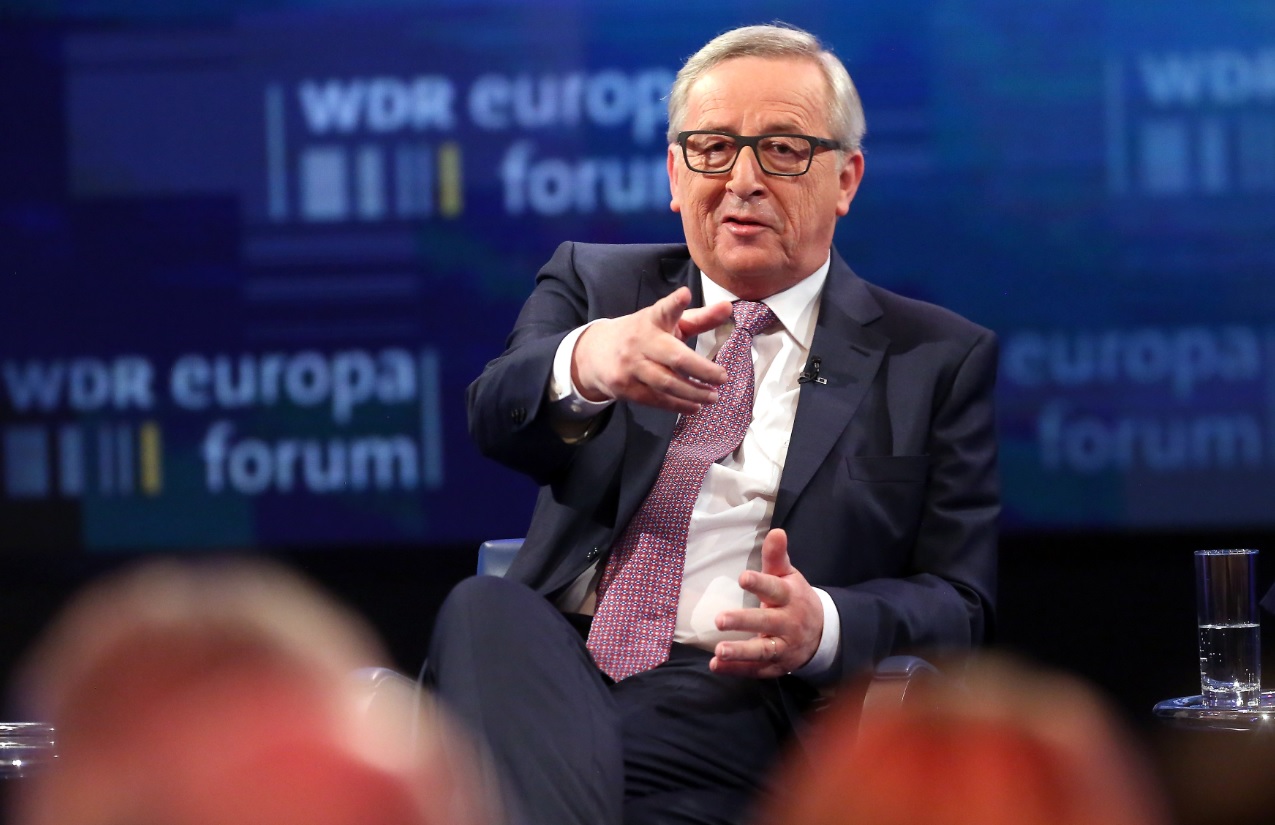