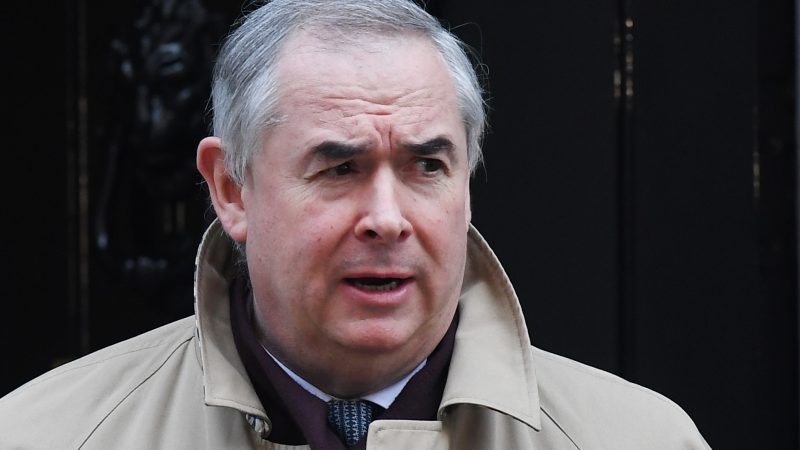 epa07398850 British Attorney General Geoffrey Cox departs following a cabinet meeting in 10 Downing Street in London, Britain, 26 February 2019. British Prime Minister Theresa May has announced that the Commons will be given a vote on no-deal Brexit and Brexit delay if her plan are rejected. EPA-EFE/ANDY RAIN

The House of Commons appears set to reject Theresa May’s Brexit deal next week after government ministers conceded that little progress had been made on the Irish backstop, a key issue for London that has thwarted the process for months.

Ministers confirmed on Thursday (7 March) that lawmakers will vote next Tuesday on whether to back Theresa May’s Withdrawal Agreement. If they reject the Agreement, MPs will vote on whether to accept a ‘no deal’ Brexit or an extension to the Article 50 process, expected to be no more than three months.

Talks aimed at resolving the UK’s long-standing concerns over the Irish backstop stalled this week in Brussels, making it increasingly likely that the Withdrawal Agreement, which May agreed with EU leaders in November, will be rejected for the second time in two months.

The backstop is an insurance mechanism to ensure there is no hard border on the island of Ireland in the event of a no-deal Brexit, but many lawmakers fear that it could lock the UK into a permanent customs union with the EU.

Unless May’s team is able to secure legally binding guarantees that the ‘indefinite nature’ of the Irish backstop is replaced by a defined time period in the Agreement, it is all but certain that MPs will again reject the deal by a hefty majority of more than 100 votes.

Much hangs on Geoffrey Cox, the UK government’s Attorney-General, and whether he changes his advice to MPs.

Addressing the House of Commons on Thursday (7 March), Cox hinted that the government had given up on its demand that the EU re-open the Withdrawal Agreement, telling MPs that ministers were “continuing to seek legally binding changes to the backstop to ensure that it cannot be applied indefinitely”.

Cox, who was in Brussels on Tuesday, told MPs that negotiations with the EU negotiators would “continue over the weekend”.

EU officials continue to complain that the UK is yet to offer an alternative proposal to the backstop, while the European Commission’s chief spokesperson briefed reporters on Wednesday that little progress had been made.

“Discussions have been difficult and no solution has been identified that is consistent with the withdrawal agreement, including the Northern Ireland protocol which, as you know, will not be reopened,” said European Commission spokesman Margaritis Schinas after EU Brexit negotiator Michel Barnier debriefed the Commission on the state of the negotiations.

Those comments were played down by Cox, who told MPs that he was “surprised to hear the comments that have emerged over the last 48 hours that the proposals are not clear.”

“They are as clear as day. And we are continuing to discuss them.”

Meanwhile, the May government is set to lose another senior member of its Brexit negotiating team on the date it is set to exit the bloc. Philip Rycroft will retire as permanent secretary at the Department for Exiting the European Union on 29 March after just over a year in the role.