The UK government confirmed on Wednesday (19 December) that most EU workers will no longer enjoy the automatic right to live and work in the UK, as it laid down its plans to reform immigration policy after the country leaves the EU.

Home Secretary Sajid Javid said that the government’s immigration White Paper, which will form the basis for legislation, was aimed at bringing “net migration down to more sustainable levels”.

The desire to control migration was one of the decisive arguments in the June 2016 referendum campaign, and Prime Minister Theresa May has consistently made ending freedom of movement one of her ‘red lines’ in the Brexit negotiations. Annual net migration  to the UK currently stands at around 273,000.

May’s government says it wants to focus on attracting ‘high skilled’ workers to the UK – a similar approach to that taken by Australia – and has accepted a recommendation from the independent Migration Advisory Committee to scrap the current limit of 20,700 on workers classed as high-skilled coming to the UK using “Tier 2” visas.

One of the chief sources of controversy in the White Paper is over whether to introduce a minimum salary requirement of £30,000 for ‘skilled migrants’ seeking five-year visas.

This disagreement, together with fears from the food, service and health sectors that their industries could be badly hit by hiring restrictions, has resulted in the White Paper being delayed by over a year.

There are also concerns that it would stifle the UK’s booming tech sector, currently Europe’s largest.

“The fact remains that startups will suffer under this new immigration system,” said Dom Hallas, Executive Director of the Coalition for a Digital Economy, adding that “only Government would think that less than £30,000 equals a low-skilled role. Many startups can’t afford to pay more.”

The White Paper also states that low-skilled workers may be able to apply for short-term visas of up to a year. Meanwhile, EU citizens would not need a visa for visits of up to six months. The UK government plans to phase in the new system from 2021, but Javid said that the immigration bill could be implemented “with or without a deal” with the EU.

“Britain is going to continue to stay open for business,” Javid told MPs as he launched the White Paper on Wednesday.

“We are not closing our doors. We are simply controlling who comes through it.” 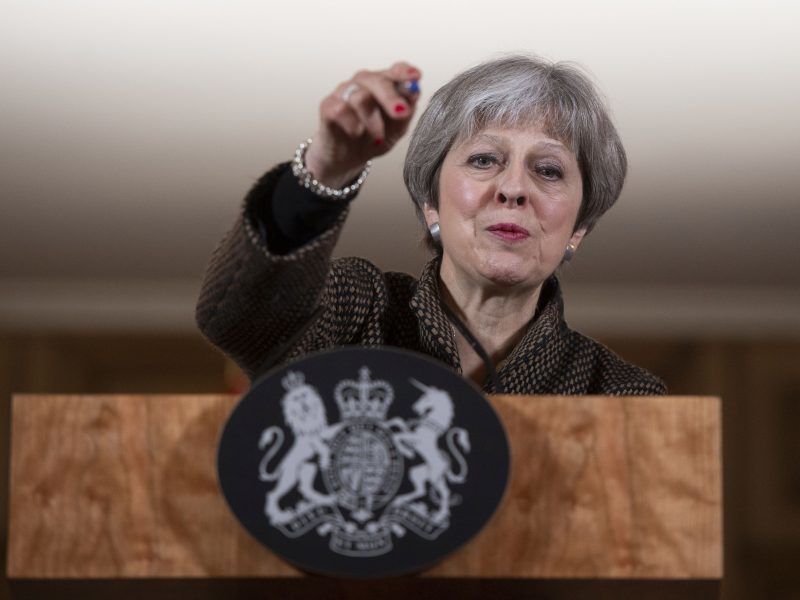 UK Prime Minister Theresa May and her ministers have agreed to focus Britain’s post-Brexit migration system on high-skilled migrants and will not offer preference to European Union workers, newspapers said.

But the proposal was widely criticised by business leaders.

“The proposals outlined in the white paper don’t meet the UK’s needs and would be a sucker punch for many firms right across the country,” said the CBI’s deputy director general, Josh Hardie.

The Federation of Small Businesses complained that reducing their ability to hire mid and low skilled workers would cause “serious disruption to the economy”.

“With the employment rate at a record-high, small firms are already struggling to access the skills they need,” said the FSB’s Chairman Mike Cherry.

The Scottish government also attacked the plan, with First Minister Nicola Sturgeon describing it as “an act of vandalism on the Scottish economy & public services”.

“If we even have a situation where the number of migrants halves, that would actually see our population decline in Scotland by 1%, it would reduce our number of children by 4.3%, and hurt contributions to our tax base,” Scotland’s External Affairs minister Fiona Hyslop told EURACTIV in an interview in November.