What is the future for the EU's Charter of Fundamental rights? [nitpicker/Shutterstock]

The ECJ’s Advocate General Manuel Campos Sánchez-Bordona said in an opinion that “the Court of Justice should, in its future judgment, declare that Article 50 TEU allows the unilateral revocation of the notification of the intention to withdraw from the EU”.

The opinion will give hope to Remain campaigners seeking to reverse the June 2016 referendum in which Britons voted by a narrow 52-48% margin to leave the EU.

Sánchez-Bordona’s advice responds to a case brought to the Luxembourg-based Court by a group of Scottish parliamentarians led by Andy Wightman, a Scottish Green party MSP. 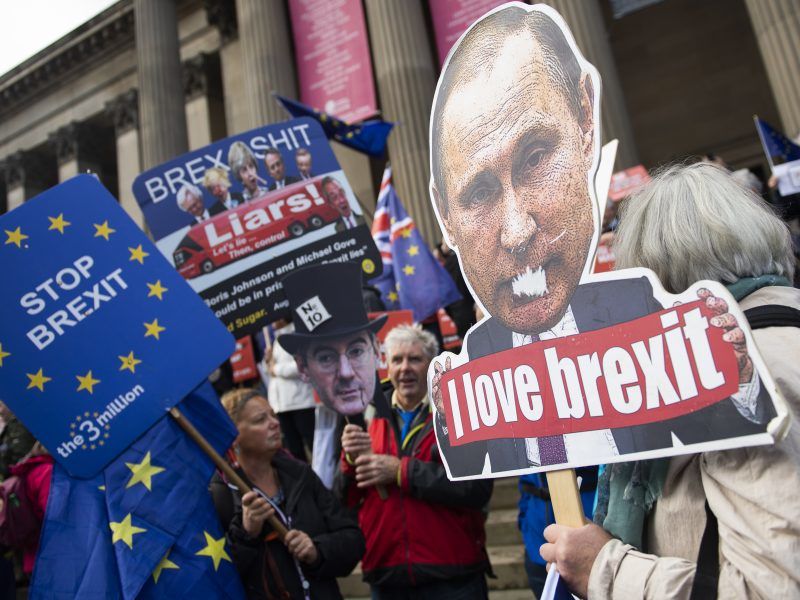 The UK government’s Scottish law adviser, Lord Keen, had told the ECJ the UK government had no intention of abandoning Brexit under any circumstances, making the question inadmissible.

However, in his opinion, Sánchez-Bordona stated that “the dispute is genuine, the question is not merely academic, nor premature or superfluous, but has obvious practical importance and is essential in order to resolve the dispute.”

Until now, many have thought that the UK would have to formally leave the bloc before it could negotiate re-admission, and that the Article 50 process could only be ended by a decision by EU governments.

That was dispelled by Sánchez-Bordona, who stated that he “rejects the contention that Article 50 TEU only allows the possibility, put forward by the Commission and the Council, of a revocation following a unanimous decision of the European Council”.

“A revocation by mutual consent of the departing member state which changes its position and the EU institutions with which it is negotiating its withdrawal is possible. However, this would not prejudice unilateral revocation,” he stated

“It would be illogical to force that member state to withdraw from the EU in order to then have to negotiate its accession.”

UK MPs will vote on 11 December on whether to accept the withdrawal agreement reached by Prime Minister Theresa May and the EU.

May has ruled out resigning if she loses the vote, which appears highly likely.

The divisions in both May’s Conservative government and parliament, together with a series of recent opinion polls suggesting that a narrow majority of British citizens wish to stay in the EU, have prompted increased demands for a second referendum, general election or extension of the Article 50 process.

The Advocate General’s opinions are advisory but are seldom overruled by the Court justices.