Japan to the rescue: the Nissan Qashqai. [Wikimedia]

The stronger-than-expected growth figures published on Thursday further diminished the likelihood of the Bank of England cutting rates as soon as next week, prompting investors to sell British government bonds.

But the Chancellor of the Exchequer, Philip Hammond, sounded cautious, saying he still planned to provide support for the economy as Britain launches tough negotiations with the EU next year.

“I think it is right that we still prepare to support the economy during the coming period to make sure that we get through this period of uncertainty,” said Hammond, who is due to announce his first budget plans next month. 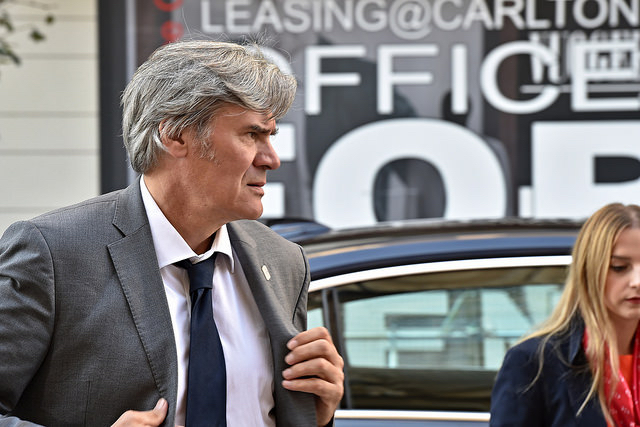 Britain cannot have it all as it exits the European Union and cannot leave behind the bloc’s problems while benefiting from its advantages, French Agriculture Minister Stéphane Le Foll said on Wednesday (26 October).

Official data showed the economy grew by 0.5% between July and September, less rapid than the strong growth of 0.7% seen in the second quarter but comfortably above a median forecast of 0.3% in a Reuters poll of economists.

Sterling jumped to a one-week high against the U.S. dollar after the data and the yield on 10-year government bonds hit its highest level since the European Union membership referendum.

Marc Ostwald, a strategist at ADM Investor Services, said the GDP data killed the chance of a rate cut on 3 November and could also prompt the Bank’s most stimulus-sceptical policymaker Kristin Forbes to call for an end to its bond-buying.

Britain’s dominant services industries provided all the growth, helped by a boom in the film and television sector as the latest releases in the Jason Bourne and Star Trek series hit the screens in July along with other blockbusters.

Compared with the third quarter of last year, growth picked up to 2.3%, the strongest pace in more than a year, according to the preliminary figures from the ONS.

Brexit supporters said the figures backed their argument that warnings of a big hit to the economy from a Leave vote were little more than scaremongering.

UK Prime Minister Theresa May warned privately that companies would leave Britain if the country voted in favor of Brexit, the Guardian newspaper reported, citing a recording of the remarks she made to Goldman Sachs last May.

Economists for Brexit, a group who disagree with the majority view in their profession that leaving the EU is damaging, said Britain’s finance ministry “must now come clean” and admit that its long-term forecasting was likely to be wrong, just as its short-term forecasts were.

But many economists are still warning that the real challenge is yet to come.

“The adverse consequences of the Brexit vote will become increasingly clear as inflation shoots up and firms postpone investment over the coming quarters,” said Samuel Tombs of Pantheon Macroeconomics, who correctly predicted the quarterly growth rate in the Reuters poll.

The sharp fall in the value of the pound since June is expected to push inflation to around 3 percent next year. BoE Governor Mark Carney this week noted the “fairly substantial” fall in sterling, in a sign that the Bank was no longer expecting to cut rates on Nov. 3.

Many companies are expected to put investment plans on hold pending the outcome of the two-year process of negotiating Britain’s exit from the EU and a possibly longer period for securing the terms of its new relationship with the bloc.

But Japanese carmaker Nissan gave Prime Minister Theresa May a boost by saying it will build its new Qashqai model in Britain. A source said on Thursday (27 October) the government had offered support to counter any damage from leaving the EU.

Ireland will bid to host the European Union’s banking regulator when it is forced to leave London after Britain leaves the bloc, the Irish department of finance announced yesterday (25 October).

The new investment in manufacturing came as the ONS data showed how reliant Britain has become on its services sector, which grew by 0.8% from the April-June period.

By contrast, industrial production, including manufacturing, and construction both contracted, down 0.4% and 1.4% respectively. The fall in construction was the biggest since the third quarter of 2012.