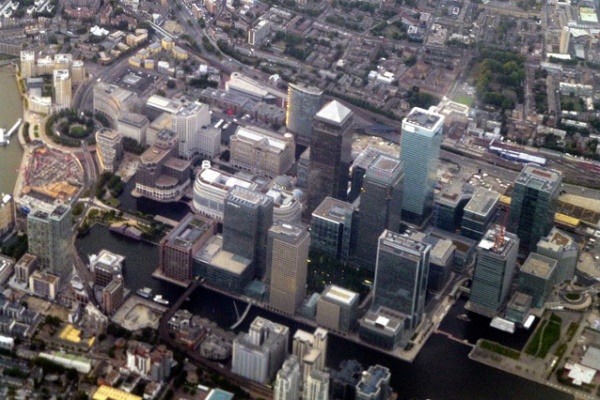 London is likely to suffer the most in the event of the UK leaving the European Union, according to a new report by Open Europe, a euro-critical think tank.

The report, published on Monday (9 March), analyses the impact of a Brexit on exports to the EU.

It finds that all sectors would initially suffer uncertainty and disruption. But while some exporting sectors may recover, the report concluded there was a “low chance” of financial services gaining access to the European single market similar to the close relationship they currently enjoy.

Other than full EU membership, only EEA membership offers full single market access, and accepting all the EU rules without votes. Any deal between the UK and EU would need to be negotiated after the result of a referendum was known.

“The EU has an established policy of only offering firms in non-EU countries – including Switzerland – limited cross-border access to EU markets predicated on strict conditions,” says the report.

The UK runs a trade surplus with the EU in the service industries of £19.9 billion. Combined with variations in regulatory regimes, the negotiation of seamless access to EU markets would be more difficult for services than for goods, according to the report.

The report looked at eight of the UK’s key exporting sectors, covering half of exports to the EU.

Its findings were more positive for exports of goods such as cars, chemicals and food, all of which stood at least a “medium to high” chance of regaining their current level of access to the EU.

“Our analysis suggests that, after the initial disruption, there would be a strong incentive for the UK and the EU to conclude trade agreements covering the UK’s key goods exports,” said Open Europe’s Stephen Booth. “While short of the market access offered by current EU membership would provide a strong basis for continued UK-EU trade.”

“The case is far less clear cut for key services industries such as financial service,” he added.

The report does say there may be benefits to the financial services industry from leaving the EU. Hostility towards the industry from the European Parliament, and potential caucusing of the single market by Eurozone members, could mean that the UK has more flexibility to adapt its regulation to increase global competiveness of the financial services industry.

This weekend, one of the UK’s most successful fund managers said that the Eurozone was “fundamentally flawed”, but that uncertainty over EU membership could hit the economy.

Neil Woodford, who worked with Invesco Perpetual for 25 years before leaving to start his own company last year, told the BBC that “pretending that Greece was Germany is a fundamental error”.

“The likelihood of a referendum, I think, will put a brake on external investment, international investment in the UK,” said Woodford.

Prime Minister David Cameron, said he would campaign for the UK to stay in the EU, but only if he is able to negotiate reforms to the EU, saying, “Britain’s national interest is best served in a flexible, adaptable and open European Union.”

The opposition Labour Party say they will only hold a referendum in the event of a significant transfer of powers from London to Brussels.

Open Europe report: The impact of Brexit on the UK's key export sectors