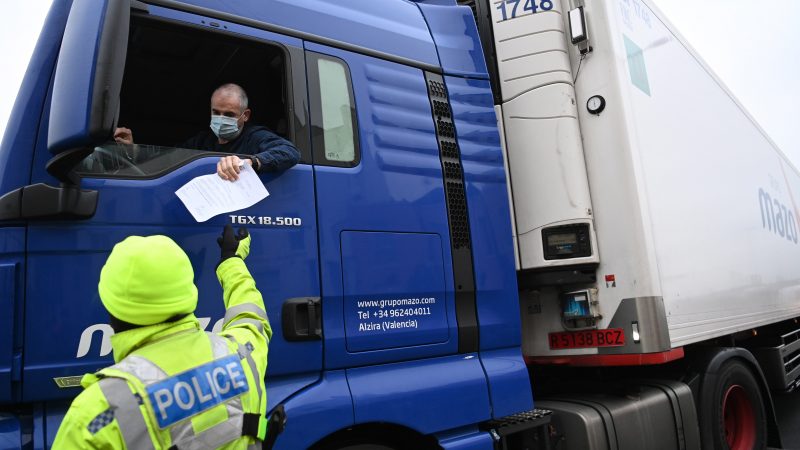 Police check document as lorries arrive at the port of Dover in Britain, 1 January 2021. [Neil Hall/EPA/EFE]

Fast food chains McDonald’s, KFC, and Nando’s, as well as bakery chain Greggs, have all faced disruption this week as suppliers struggled to deliver to them.

Trade body Logistics UK said Britain currently had a shortage of 90,000 truck drivers, and on Aug. 22 it and the British Retail Consortium asked the government to grant temporary visas to truck drivers from the European Union.

Since Jan. 1, most EU citizens planning to work in Britain need visas which are typically only available for higher-paid jobs than those in the logistics and hospitality sectors.

Britain’s business ministry said on Saturday it did not expect these visa rules to change.

“We want to see employers make long-term investments in the UK domestic workforce instead of relying on labour from abroad,” a government spokesperson said.

The Times newspaper had reported earlier on Saturday that the government was considering bringing forward a review of visa rules to tackle the shortage.

Alex Veitch, general manager for public policy at Logistics UK, said he was disappointed by the government’s decision as it could take until early next year to work through a backlog of driving tests that had built up during the COVID-19 pandemic.

“The industry needs drivers now,” he said. “Logistics UK is frustrated with the government’s decision to reject the logistics industry’s call for temporary visas to be made available for EU heavy goods vehicle drivers as a short-term solution while new domestic drivers are recruited, trained and tested.” 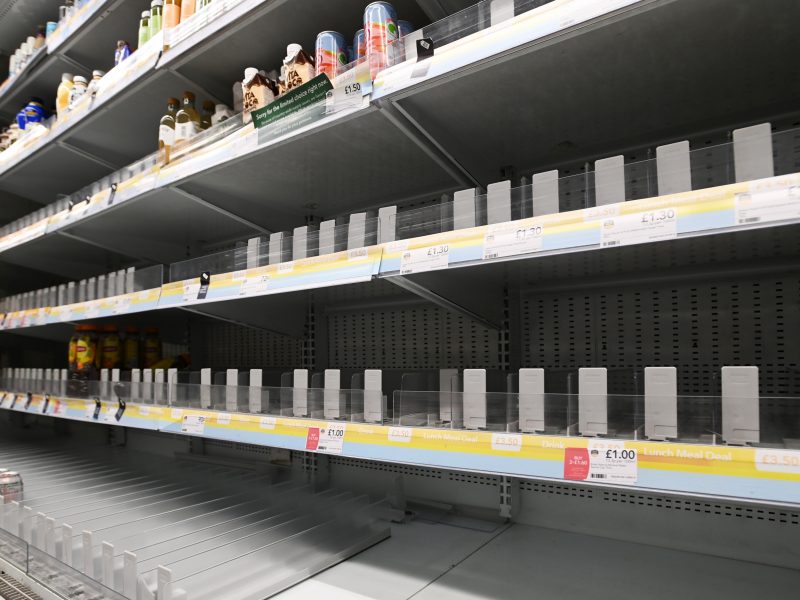