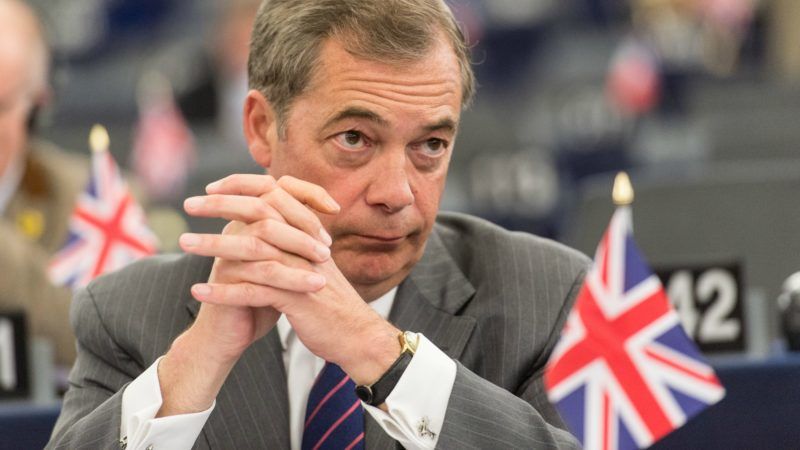 Britain’s Electoral Commission is investigating whether a leading anti-EU campaigner breached referendum finance rules, after speculation mounted that Russia may have meddled in the Brexit vote.

Arron Banks, a major donor to the anti-EU campaign who was pictured with Donald Trump and leading Brexiteer Nigel Farage outside a gilded elevator soon after Trump’s 2016 US presidential election victory, denied the allegations.

The Electoral Commission, which is already looking at whether Banks’ pro-Brexit Leave.EU group received any impermissible donations, said its new investigation would examine whether he was the true source of loans to a campaigner.

The investigation cannot overturn the referendum, though Banks, a 51-year-old insurance tycoon, said it was an attempt by the “Remain establishment” to discredit the Brexit result.

“Complete bollocks”, “not a sausage”

“Allegations of Brexit being funded by the Russians…are complete bollocks from beginning to end,” Banks said in an emailed statement, signing off “nostrovia”, a version of “na zdorovye”, Russian for “cheers!”.

British foreign minister Boris Johnson, another leading figure of the pro-Brexit campaign, was equally dismissive. Asked whether he believed Russia had played a role in British elections, Johnson said: “No, I haven’t seen any (evidence), not a sausage … As far as I know they have played no role.”

When asked about the investigation, Prime Minister Theresa May told parliament: “We take very seriously issues of Russian intervention, or Russian attempts to intervene, in electoral processes or in the democratic processes of any country.”

The announcement of the investigation comes after Ben Bradshaw, a lawmaker from the opposition Labour Party, asked the government to look into reports by advocacy group Open Democracy that the origin of some campaign funds was unclear.

Bradshaw said he was also concerned about what he said were significant British connections in the US investigation into whether the Trump campaign colluded with Russian efforts to meddle in the presidential election.

Russia denies meddling in Brexit or the US election and Trump denies any collusion with Russia.

Trump ‘full of good ideas’, says Farage after US visit

Leading Brexit campaigner Nigel Farage visited Donald Trump at his home on Saturday, after suggesting he could act as a go-between to help smooth British relations with the US president-elect.

The Electoral Commission, which did not mention Russia, said it was looking at whether a company called Better for the Country Limited (BFTCL) – of which Banks was a director –was the true source of donations made to campaigners.

BFTCL was not registered as a permitted participant in the referendum but five registered campaigning groups reported receiving donations from it totalling 2.4 million pounds (€2.74m), the Commission said.

Participants in the referendum were only allowed to accept donations from donors that conformed to a strict set of rules, for example they could not be based outside the UK.

The Commission said in April it was investigating Leave.EU’s funding as well as looking at whether its spending return was complete.

“Questions over the legitimacy of funding provided to campaigners at the referendum risks causing harm to voters’ confidence,” said Bob Posner, director of political finance and regulation at the Commission.

“It is therefore in the public interest that the Electoral Commission seeks to ascertain whether or not impermissible donations were given to referendum campaigners and if any other related offences have taken place,” he said.

The Commission has the power to impose fines and other sanctions if it finds rules were broken.

Donald Trump hailed Britain’s vote to leave the EU as “fantastic” as he arrived in Scotland on Friday on his first international trip since becoming the presumptive Republican presidential nominee.