UK lawmakers back Brexit compromise to avoid ‘no deal’ chaos 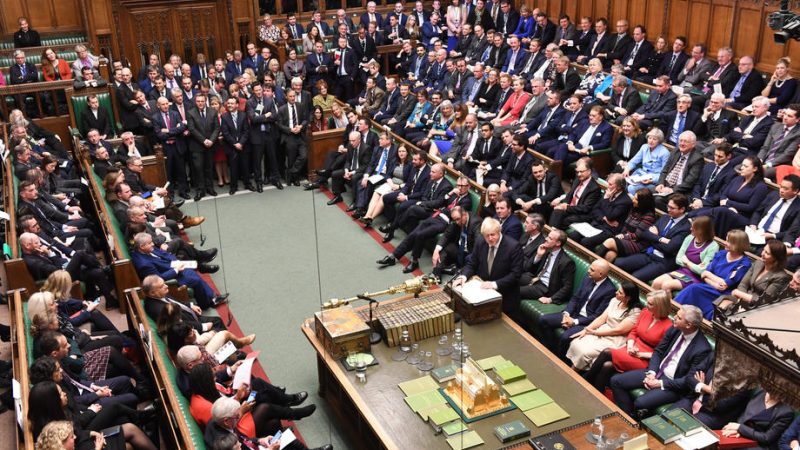 UK lawmakers have urged Boris Johnson and Michel Barnier to broker a compromise to avoid an economically damaging ‘no deal’ Brexit scenario.

In a report published on Thursday (18 June), lawmakers on the UK parliament’s Future Relations committee called for both sides to compromise after three months of negotiating rounds which have delivered little progress on fisheries, governance and the so-called ‘level playing field’ on regulatory standards.

The Future Relations committee said that a compromise could be brokered “that takes as its starting point the de facto alignment of the UK and the EU when it comes to current rules and standards,” with future market access dependent on continued adherence to these standards.

It added that this would require the establishment of an independent body to adjudicate in the case of any disputes. The report also calls for clear rules on the use of subsidies or state aid, monitored and enforced by an independent authority in the UK and the European Commission in the EU.

Hilary Benn, who chairs the committee, said that “it has become increasingly clear that political leadership is needed if an agreement is to be reached in time to prevent the UK leaving the transition period on 31 December 2020 without an agreement.”

“With the global economy facing an unprecedented economic shock as a result of COVID-19 and just over four months left in effect to reach an agreement, both sides must show a willingness to compromise on the areas currently in dispute,” he added.

However, although a video-summit between Johnson and European Commission President Ursula von der Leyen resulted in a commitment to “intensify” talks in July with a view to concluding a deal by the autumn, both sides have continued to offer tough rhetoric.

UK: No need for “prolonged negotiations into the autumn”

Following a visit of French President Emmanuel Macron to London on Thursday, Johnson’s office stated that “the UK does not believe it makes sense for there to be prolonged negotiations into the autumn”.

Meanwhile, the UK’s Cabinet Office has set out plans for a ‘shock and awe’ information campaign starting in July to encourage businesses to make preparations for a no deal scenario that would result in EU-UK trade being conducted on World Trade Organisation terms.

For its part, on Thursday the European Parliament backed a resolution stating that it would veto any EU-UK trade pact that does not include “robust level-playing field guarantees and a satisfactory agreement on fisheries”.

“The EU will not agree to a deal at any cost,” added the report was backed by 572 MEPs, with just 34 rejections and 91 abstentions.

“The European Parliament is expressing its readiness to conclude an ambitious and fair agreement, without compromising our principles and our objectives”, said David McAllister, the Chair of the European Parliament’s Foreign Affairs committee and the UK Coordination Group (UKCG).