Switzerland is a member of the EFTA, but not an EU member - one possible future option for the UK. [Matt Tempest/Flickr]

The slow pace of Brexit negotiations, and lack of clarity from Theresa May’s government on what its preferred trade arrangements with the bloc should be, has put membership of the European Free Trade Association (EFTA) back on the table as a possible ‘halfway house’ measure.

Carl Baudenbacher, the Swiss President of the EFTA Court, was in London this week to tout EFTA’s wares to the UK as an alternative to EU membership.

“The EFTA court offers more sovereignty than the ECJ (European Court of Justice),” he told the Institute for Public Policy Research, a London-based thinktank, on Tuesday (6 February).

“Hard Brexiters talk fondly of falling back on the World Trade Organisation, but they seem to forget it is a supranational body. There needs to be some sort of body or court out there to referee the match,” said Catherine Barnard, Jean Monnet Chair of EU Law at the University of Cambridge, at the same event. 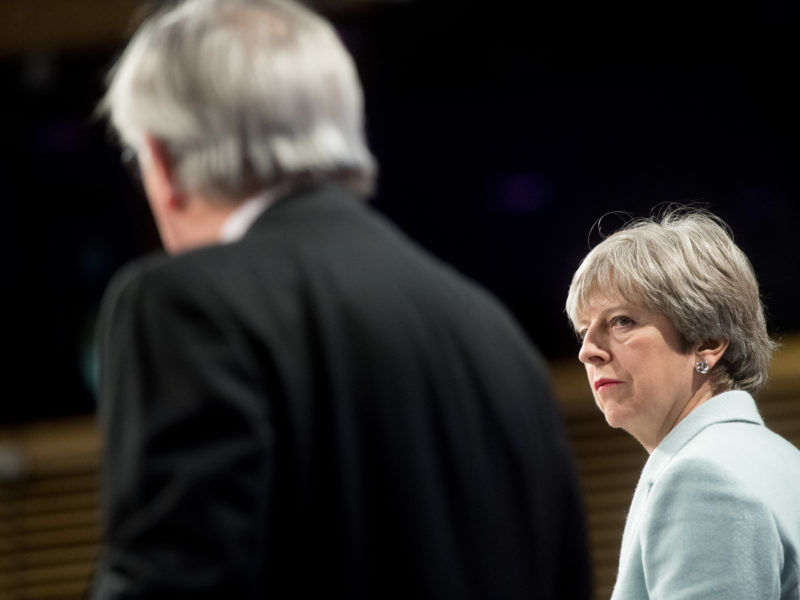 The idea is popular among MPs who want the UK to retain access to the EU’s single market but have the ability to agree trade pacts with other countries. Switzerland is not part of the EEA agreement.

At a Westminster Hall debate on Wednesday (7 February), MPs extolled the virtues of EFTA membership as a post-Brexit ‘halfway house’.

“We [the UK] would not be subject to the controversial CAP & CFP and justice and home affairs laws. We would have control over these policy areas”

The possibility of the UK joining EFTA has not been welcomed entirely enthusiastically by its current members Norway, Iceland, Liechtenstein and Switzerland, who fear that the UK, whose population is around four times the size of theirs put together, would become a dominant member.

However, Conservative MP Stephen Hammond told MPs that the UK ambassador to Norway had told him that Norway “would maintain an open-minded stance in the event of UK application to EFTA”.

“Overall it is in Norway’s interest to maintain as close as relationship with the UK as possible,” he said.

The UK is currently seeking to roll over around 750 international agreements between the EU and third countries into its national law as part of a Trade Bill that is about to make its way through the UK Parliament. Despite the number of trade officials in the UK civil service growing from 45 to 550 since the June 2016 referendum, little progress has been made towards brokering new international trade deals.

Hammond has tabled amendments to the Trade Bill mooting the possibility of EFTA membership.

Others see it as a convenient way to fulfill the referendum result and buy time to agree new trading relationships.

“In 10 years we will regret rushing to get out of EU as fast as possible to meet an arbitrary and self-imposed deadline,” commented Paul Masterton MP.

“EFTA provides from day one signs of power back to the UK,” added James Cartlidge MP.

Not everyone is convinced, however, that EFTA membership is a silver bullet that could satisfy both Brexiters and Remainers.

“Straight EEA membership is not acceptable to anybody in the UK,” said Professor Simon Hix, of the London School of Economics, at a EURACTIV event in January.

“If economic interests triumph then we are looking at the EEA,” says Paal Frisvold, a Norwegian political consultant based in Brussels.

That is similar to Stephen Hammond’s remark on Wednesday that “the EFTA-EEA agreement is clearly motivated by economy rather than politics, which is in its favour.”

For the moment, the idea has no support from the government. Brexit minister Robin Walker said that it would leave the UK bound to EU single market rules that it had no say over, though he did leave a small get-out clause in stating that May’s ministers “do not currently plan to seek membership”.