By Henriette Jacobsen | EURACTIV.com with AFP 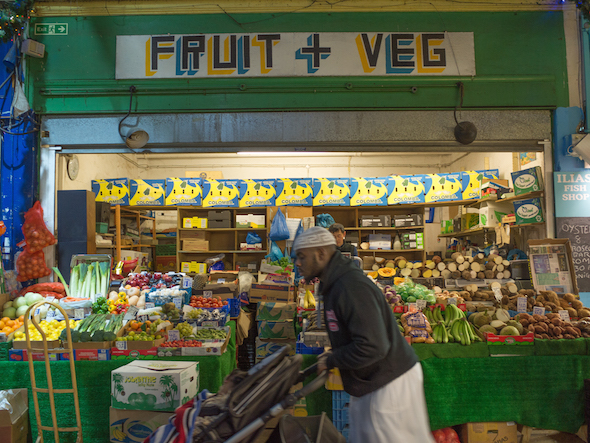 Net migration to Britain has hit record levels, official figures showed Thursday (27 August), with the difference between migrants leaving and arriving in Britain rising to around 329,000 in the year to March.

“The net migration figure was a statistically significant increase from 236,000 in year ending March 2014 and is the highest net migration on record,” the Office for National Statistics (ONS) said.

Immigration Minister James Brokenshire called the figures “deeply disappointing”. Prime Minister David Cameron had vowed to reduce the numbers to less than 100,000 by May of this year. Some 636,000 people immigrated to Britain over the 12-month period, a rise of 84,000, while 307,000 people emigrated, down 9,000.

The net figure is 9,000 more than the previous record, which was set in the year ending June 2005. The report found that 269,000 EU citizens had moved to Britain permanently, a “statistically significant” increase of 56,000. An estimated 53,000 were Romanian and Bulgarian citizens, almost double the 28,000 in the previous 12 months.

Cameron has vowed to hold a referendum on Britain’s membership of the European Union by 2017, and is hoping to wrest powers from Brussels, particularly over immigration, before the vote.

“While these figures underline the challenges we need to meet to reduce net migration, they should also act as a further wake-up call for the EU. Current flows of people across Europe are on a scale we haven’t seen since the end of the Second World War,” he said. “This is not sustainable and risks the future economic development of other EU member states. It reinforces the need for further reform at an EU level as well as within the UK.”

Keith Vaz, a senior lawmaker from the opposition Labour Party, said the figures were “shocking”.

“Broken promises on migration do not build confidence with the public. We need a radically different approach,” he said.

“If open borders are not part of the Cameron renegotiation then what’s the point of it?,” he said.

“Scrabbling around to find measures to hit a bizarre and unachievable migration target is no way to give British businesses the stable environment they need,” said Simon Walker, director general of the Institute of Directors.

“Combined with ministers’ increasingly strong rhetoric on immigration, the UK’s reputation as an open, competitive economy is under threat.”

The figures also revealed that Britain’s foreign-born population has now surpassed eight million for the first time, meaning one in eight residents were born abroad, up from one in 11 in 2014.

Despite the refugee crisis in the Middle East and North Africa, the figure remains low relative to the peak number of applications – 84,132 – in 2002.

Immigration has been a hot topic in Britain over the summer, with the front-pages dominated by news of migrants massed at the French port of Calais trying to enter the country through the Channel Tunnel.

A surge in Euroscepticism has firmly pushed the European Union up the political agenda in Britain.

The ruling Conservatives have promised an in/out referendum on EU membership before the end of 2017.

Prime Minister David Cameron has said he would campaign for the UK to stay, but only if the EU was able to reform.