The opposition Labour Party has said it would keep Britain in the European single market and customs union for a transitional period after Brexit, offering an alternative to the government line after months of uncertainty over Labour’s position.

The party would seek to maintain the “same basic terms” with the European Union, including the free movement of people, beyond March 2019 when Britain is set to leave the bloc, Labour’s Brexit spokesman Keir Starmer said.

Labour wanted to avoid a damaging “cliff edge” for Britain’s economy that might be caused by an abrupt separation in less than two years’ time.

It would aim to keep a form of customs union with the EU, and possibly agree a new relationship with the single market, subject to negotiations, Starmer wrote in Sunday’s Observer newspaper.

Senior ministers in Prime Minister Theresa May’s Conservative government have ruled out remaining in the single market and customs union during any transitional phase following Brexit.

Starmer said following EU rules for a period would allow goods and services to continue to flow between the EU and Britain without tariffs, customs checks or additional red tape.

Labour recognised that a transitional deal would not provide long-term certainty or resolve the question of migration, one of the key issues for voters in the referendum in 2016.

“That is why a transitional period under Labour will be as short as possible, but as long as necessary,” he added.

Starmer’s comments follow a long period of uncertainty and division over the party’s position on Brexit under leftwing leader Jeremy Corbyn.

The Conservatives said Labour’s new policy was a “weak attempt to kick the can down the road”.

“Their leader can’t say they would end unlimited freedom of movement, they can’t decide whether we are leaving the single market and they have no vision for what Britain should look like outside the EU,” a spokesman said. 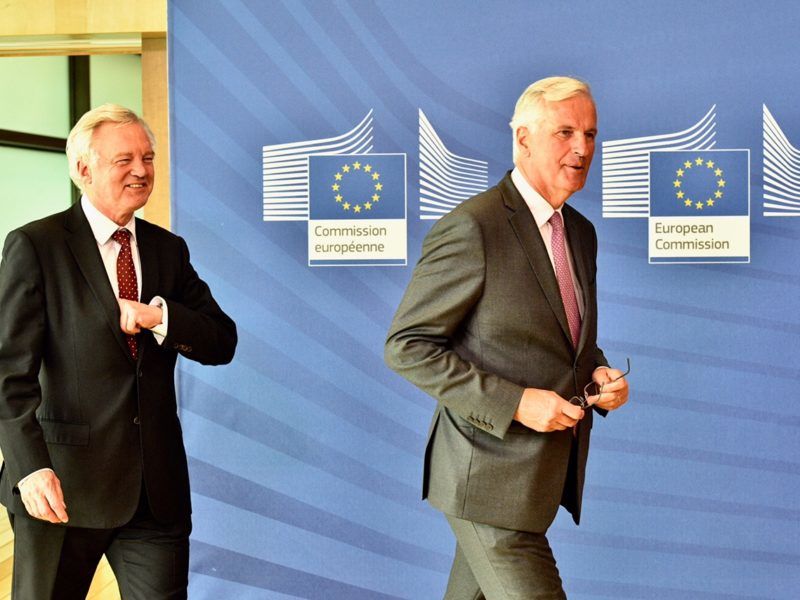 EU negotiators and their British counterparts kicked off the third round of Brexit talks on Monday (28 August) as the bloc’s chief negotiator urged London to take a more serious stance and quickly provide official positions on all issues to be tackled in the historic divorce talks.

Labour “arguing from the sidelines”

“This week we will be heading out to negotiate a deal with the EU that avoids unnecessary disruption to people and businesses, and allows the UK to grasp the opportunities of Brexit. Labour are still arguing from the sidelines.”

“Corbyn promised he would leave the single market. He has now betrayed every Labour voter at the General Election,” he said on Twitter.

“If we are leaving the European Union, which I regret deeply, then we must stay in the single market and the customs union,” said Nicola Sturgeon, SNP leader and Scotland’s first minister.

“Not for some transitional period, but period.”

Britain will return to Brexit talks on Monday after publishing a series of papers in the last two weeks on subjects ranging from future customs arrangements to data.

The EU wants to make progress on three areas – the rights of expatriates, Britain’s border with EU state Ireland and a financial settlement – before moving on to the other subjects.

Starmer said Labour would make jobs and the economy a priority in any settlement.

“That means remaining in a form of customs union with the EU is a possible end destination for Labour, but that must be subject to negotiations,” he added.

“It also means that Labour is flexible as to whether the benefits of the single market are best retained by negotiating a new single market relationship or by working up from a bespoke trade deal.”

Writing in Monday’s Financial Times, Peter Mandelson, a former Labour minister and a frequent critic of party leader Corbyn, expressed doubts about how sustainable Labour’s position would be.

“The question is whether Labour’s commitment will hold and succeed in creating a head of steam in parliament,” Mandelson said.