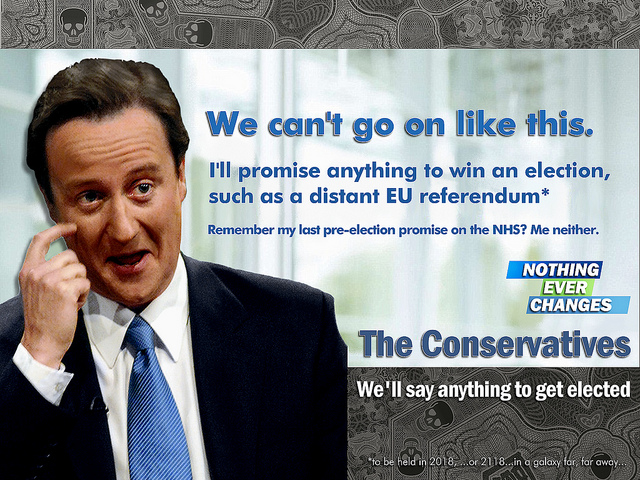 The British government will not use large amounts of public money to back any one side of the campaign in the final weeks leading up to Britain’s planned European Union membership referendum, Foreign Secretary Philip Hammond said on Tuesday (9 June).

Prime Minister David Cameron, elected for a second term last month, has promised to renegotiate Britain’s relationship with the 28-nation bloc ahead of a referendum by the end of 2017.

British lawmakers will vote to enshrine the referendum into law on Tuesday, but many have raised concerns over the government’s plan to scrap a so-called purdah period in the run-up to the referendum, which would have barred it from publishing anything which could influence the outcome of the vote.

Britain’s election watchdog, the Electoral Commission, has warned this could see the government able to spend unlimited amounts of public funds on promoting its preferred outcome, risking giving an unfair advantage to one side of the argument.

“It will be for the ‘Yes’ and the ‘No’ campaigns to lead the debate in the weeks preceding the poll […] The government has no intention of undermining those campaigns and is not proposing to spend large sums of spending public money during the purdah period,” Hammond told parliament.

“A vibrant robust debate in the best traditions of British democracy is in all of our interests.”

The Tory government may use the momentum from its win to bring the vote forward to 2016, avoiding clashes with French and German national elections due in Spring 2017.