The UK economy’s recovery from the COVID-19 pandemic risks being derailed if it leaves the EU’s single market without a successor trade deal, the Organisation for Economic Co-operation and Development has warned. [Shutterstock]

The UK economy’s recovery from the COVID-19 pandemic risks being derailed if it leaves the EU’s single market without a successor trade deal, the Organisation for Economic Co-operation and Development has warned.

“The United Kingdom is at a critical juncture,” the Paris-based think tank wrote in its UK economic survey, published on Wednesday (14 October).

“Decisions made now about management of the COVID-19 crisis and future trade relationships will have a lasting impact on the country’s economic trajectory for the years to come.

“The outlook is exceptionally uncertain,” says the UK economic survey – the first of its kind published by the OECD since 2017.

The UK’s GDP is projected to fall by 10% in 2020 followed by a 7.6% recovery in 2021. But that recovery could be stalled, warns the 125-page report. A “disorderly” exit from the EU at the end of the Brexit transition period “would have a major negative impact on trade and jobs.”

“Agreeing a close trade relationship with the European Union would support recovery, productivity and employment for both parties,” the OECD said.

“A no-deal on both sides would be very painful, but it would be more painful for our British friends,” said Germany’s Europe minister, Michael Roth, this week.

However, officials close to the talks say that long-standing differences on state aid, fisheries and dispute settlement remain unresolved.

Boris Johnson’s government has consistently said that it will trade with the EU on World Trade Organisation terms if it fails to obtain the trade deal, modelled on the EU-Canada pact and some ministers have argued that the post-pandemic recovery will offer greater opportunities to the UK than if it stayed bound to the EU’s single market.

However, the OECD warned that agreement on a comprehensive FTA could still lead to a fall by about 6.1% of UK exports and 7.8% of UK imports compared to the current situation, with an overall output loss would amount to 3.5%.

The report estimates that two-thirds of the cost would come from rising trade costs on goods and the remaining one-third stems from rising regulations on services.

“The North East and North of England and Wales will be particularly affected by the expected fall in manufacturing trade in the move to a FTA. London and Southern England are the areas most exposed to a disruption in trade in services,” it states

Third country trade deals “are likely to bring only limited benefits relative to EU membership, given the current strong integration of the UK economy with the European Union,” the report adds. 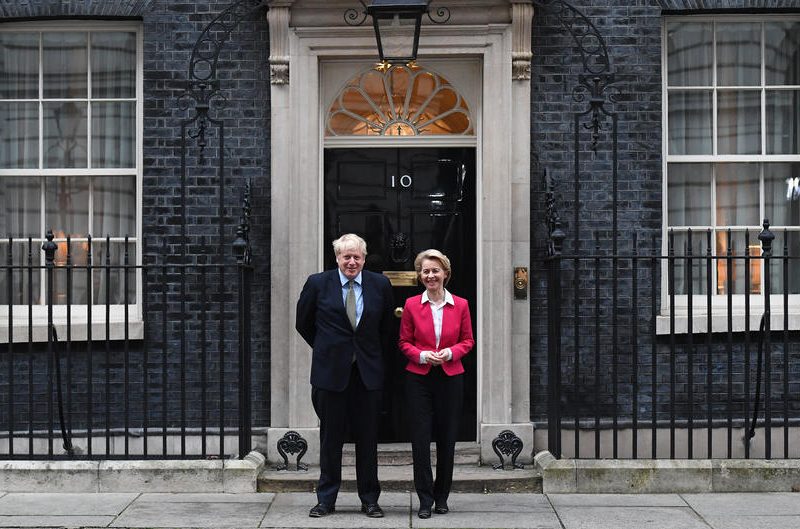 Boris Johnson and European Commission President Ursula von der Leyen on Saturday (3 October) tasked their negotiators with working “intensively” over the coming weeks to see if a post-Brexit EU-UK trade agreement can be obtained by the end of the month.