UK rules out ‘staying in EU by the back door’ 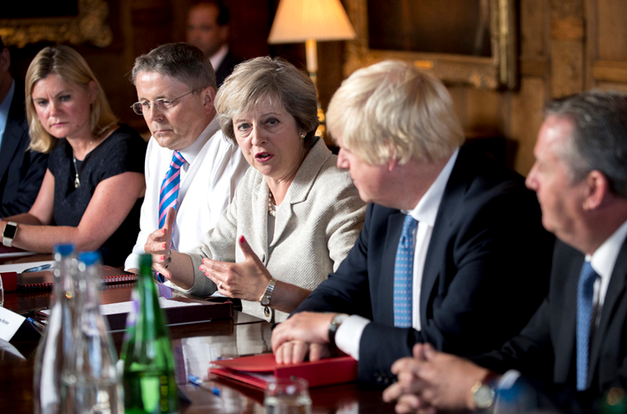 Theresa May heads here first cabinet meeting after the summer break, with each minister presenting a Brexit action plan. [Number10/Flickr]

In her first major statement on the EU since the summer, British Prime Minister Theresa May has ruled out any second referendum, or any attempt “to sort of stay in the EU by the back door”.

She was speaking at an ‘away day’ for her cabinet at the PM’s country residence of Chequers, where ministers had been ordered to come up with individual Brexit ‘action plans’.

Ruling out any second referendum seemed a reference to the opposition Labour party, riven by a summer-long leadership contest and trailing the Conservatives by double-digits in the opinion polls.

Challenger Owen Smith has promised a second referendum on the terms of any Brexit deal, but seems destined to lose to current leader Jeremy Corbyn – who has called for the triggering of Article 50.

May told the cabinet, “We’ll also be looking at the opportunities that are now open to us as we forge a new role for the UK in the world.

“We must continue to be very clear that ‘Brexit means Brexit’, that we’re going to make a success of it. That means there’s no second referendum; no attempts to sort of stay in the EU by the back door; that we’re actually going to deliver on this.”

Repeating that ‘Brexit means Brexit’ may have been aimed at Brussels, where on Tuesday (30 August), Commissioner Guenther Oettinger, said: “I wouldn’t bet big money on Brexit.”

However, the cabinet itself is largely split on what exactly Brexit means – from a bespoke relationship with the EU, to the European Free Trade Association, to a Norway or Switzerland arrangement, or something else entirely. 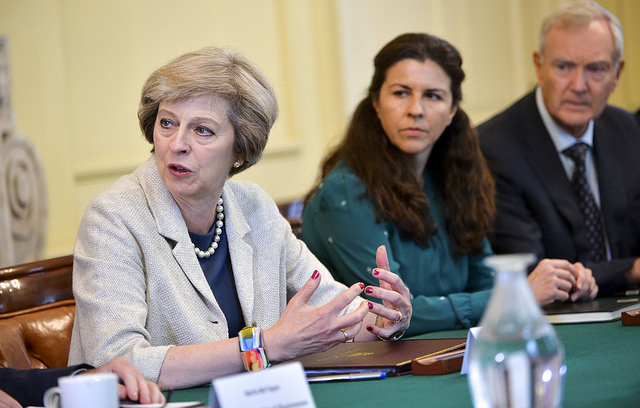 May demands Brexit ‘action plans’ at Chequers meeting this week

British Prime Minister Theresa May will demand Brexit ‘action plans’ from her ministers, at a meeting to be held at Chequers, her official country residence, later this week.

The Foreign Office is believed to be keen on keeping access to the single market, with only mild modifications on the free movement of people, whilst the Home Office is keener to limit immigration.

The three ministers largely in charge of Brexit (May herself campaigned for Remain) have spent the summer briefing against each other, and rearranging their departments.

May herself warned that “This really is a very significant moment for the country, as we look ahead to the next steps that we need to take.”

Britain voted 52%-48% to leave the EU in a June referendum, prompting the resignation of May’s predecessor David Cameron, who led the campaign to remain in the 28-nation bloc.

May is not expected to give MPs a vote on triggering Article 50, either.

The spokesman said there was “no legal obligation” for her to consult parliament before doing so.