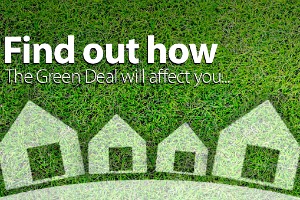 EU regulators have rubber-stamped €700 million of public support the UK is offering under a ‘Green Deal’ energy-efficiency scheme, but the project’s VAT component is still firmly under the Brussels microscope.

Under state aid rules, the European Commission ruled on 5 February that use of various public bodies and the Green Investment Bank in support of the EU’s climate objectives would keep distortions of competition to an "acceptable minimum".

“The UK Green Deal allows consumers and businesses to improve the energy efficiency of their buildings without making huge upfront investments,” EU Competition Commissioner JoaquÍn Almunia said in a statement.

The Green Deal allows private companies to offer loans to homeowners for efficiency measures such as loft insulation, modern boilers, draught proofing and other materials, which can then be recouped through energy bill payments.

In Whitehall, the project is considered an environmental flagship, despite criticisms about a lack of cost-saving guarantees for consumers.

But the EU’s tax department has begun an infringement proceeding against the UK because of a reduced 5% VAT rate – rather than the previous 20% level – which the deal offers for efficiency home improvements.

Under the VAT directive, Brussels argues that tax reductions can only be offered “as part of a social policy” aimed at, for example, improving housing opportunities for low-income families.

Any exceptions to that rule could lead to objections from other EU member states, even if the UK’s measures are intended to help it meet the EU’s climate obligations, according to Emer Traynor, a spokeswoman for the EU’s tax commissioner, Algirdas Šemeta.

'Twisted in the press'

“The issue has been twisted in the press into one of the EU trying to hamper environmentally-friendly legislation but there has to be fair play and a level playing field for everyone,” Traynor told EURACTIV.

The Commission’s taxation directorate (DG Tax) contends that direct subsidies are better than flat-rate VAT cuts at promoting energy savings because of the complexities of defining and reviewing relevant products, and targeting the measures at those who need them most.

Businesses that have the right to deduct VAT would also not be affected by such measures, the EU argues, and the reduced rates are often not passed on to final consumers through a lower price.

EURACTIV understands that the UK has formally replied to the EU’s reasoned opinion on the dispute, with an offer to partially amend its legislation.

But “it does not look like the measures will be enough to bring the UK legislation into conformity with the EU rules,” an EU source said.

British green building advocates are frustrated with the EU’s positioning in the case, and are urging the UK government to stand firm.

“In bringing proceedings, DG Tax has placed too narrow an interpretation of what constitutes social policy,” said Jenny Holland, the head of parliamentary affairs for the UK Association for the Conservation of Energy.

“It could mean a whole raft of things and we say that energy savings measures definitely form part of a social policy,” she added.

The dual argument that using VAT as an instrument of environmental policy breaches fair-play rules – and is also ineffective – was “muddley” in Holland’s view.

“You can’t have it both ways, saying that it distorts the market and that it won’t have an uptake,” she said.

As negotiations between Brussels and London drag on, a possible face-saving alternative to a European Court of Justice case may be brewing in the EU’s policy rooms.

“You should bear in mind that Commissioner Šemeta has already started a fundamental review of reduced [tax] rates in general,” Traynor said. “He will present proposals to this end later this year.”

The UK’s Green Deal allows British householders to potentially claim thousands of pounds back from the government for energy efficiency improvements, in the form of reduced energy bills.

The measure is likely to be integrated into the UK’s implementation of the EU's Energy Efficiency Directive, a key measure to help meet the EU’s voluntary climate target of a 20% reduction in primary energy use by 2020.