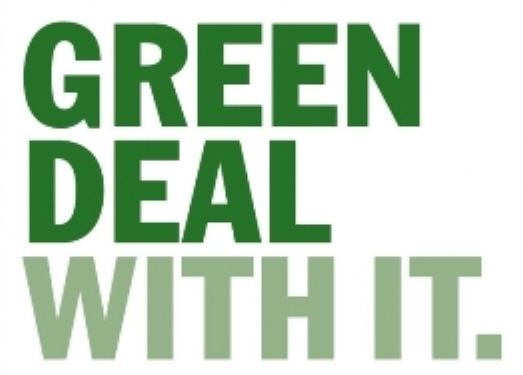 Britain enjoys a reduced rate on the installation and supply of “energy-saving materials” for housing, but now faces mounting weekly fines unless it changes the rules.

The European Court of Justice (ECJ), which rules on points of EU law, in Luxembourg agreed with the European Commission and ruled that the lower price broke the VAT Directive.

The UK’s €700 million ‘Green Deal’ programme is intended to help Britain meet its climate targets by allowing cost-effective renovations and refurbishments of energy-inefficient homes, which can be recouped through energy bill payments.

Renovating buildings to boost energy efficiency is one of the best ways to reduce consumption, increase energy security, and fight climate change.

The European Commission has called on member states to put “energy efficiency first”. The executive’s Energy Union strategy names building renovation as one of its major goals.

Ashley Fox, leader of Britain’s Conservatives in the European Parliament, said, “When you consider the importance these days of promoting energy-saving, this judgment is most unfortunate and thoroughly unwelcome. It defies common sense.

“People will be aghast when they see the EU on the one hand hectoring member states about carbon reduction while on the other handing down judgments like this.”

According to the Commission, which brought infringement proceedings against the UK, the reduced rate could only apply to transactions related to social housing.

The UK argued that a policy of housing improvement would have social effects. But the judges decided that because the rate applied to all residential property and all residents, it was not “essentially social.”

Even if it was essentially social, Commission lawyers argued, the reduced rate couldn’t be applied if material supplied cost a significant part of the value of the service provided.That is the case with building renovation materials, they said.

Commission taxation spokeswoman Vanessa Mock said the UK must take immediate measures to comply with the judgment and that the Commission would follow the matter closely.

“However, the objective of supporting energy saving in itself is supported by the Commission and there are other ways of promoting the installation of energy-saving materials while remaining in line with EU law, for example through direct subsidies.”

“The Commission intends to communicate its vision for a definitive VAT regime next year. We recall that any reform in this field will need member states’ unanimous support at the Council,” she added.

The UK’s Green Deal allows British householders to potentially claim thousands of pounds back from the government for energy efficiency improvements, in the form of reduced energy bills.

Conservatives in the European Parliament