Fox, who campaigned for a Brexit vote in June’s referendum, also indicated he was seeking a flexible approach on trade to try to ensure the best deals for the British economy.

Businesses and investors have raised concerns that the UK faces a “cliff-edge” at the end of Brexit negotiations and finance minister Philip Hammond has backed the idea of a transition period.

Asked in a BBC interview whether he supported such a plan, Fox said: “That depends what the actual arrangement is as we come to leave the European Union and the timescale needed to implement it.”

The UK is due to launch Brexit negotiations by the end of March, setting the clock ticking on up to two years of talks. 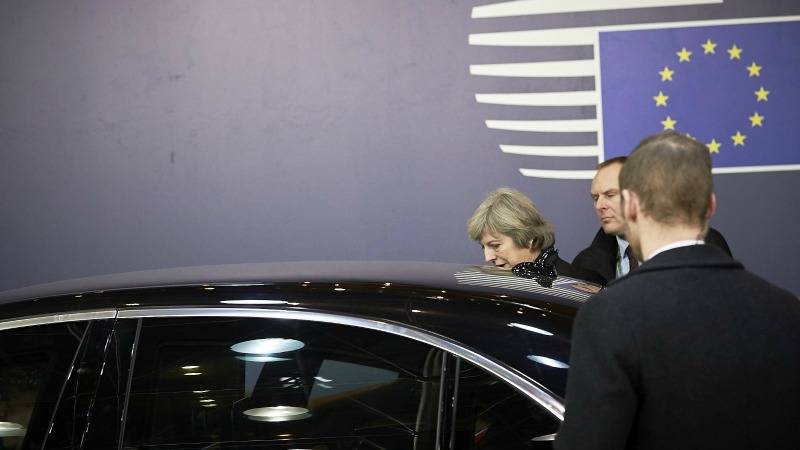 EU clarifies approach to Brexit talks, May left out in cold

European Union leaders agreed their plan for Brexit negotiations on Thursday (15 December), pledging to move swiftly and stick together to ensure Britain does not cherry pick a sweet deal that might inspire others to unstitch the bloc.

Fox, who is reported to be more in favour of a clean break with the EU, said the government needed to seek to minimise disruption to businesses and international trade.

“But at the same time you can’t afford to buy back into so much of the European Union that we are actually diminishing the effect of what the British people told us to do,” he said.

Fox said British voters had made it clear they did not want to see uncontrolled immigration or to be governed by European courts and the government needed to take that on board.

He was still looking at whether the country should seek to stay in the EU’s customs union or its single market.

Staying in the customs union would impact the kind of free trade deals Britain could do with non-EU countries by putting limits on its ability to set tariffs, but it was not a simple in/out choice, he said.

“It is not binary,” he said. “Turkey for example is in part of the customs union but not other parts. What we need to do before we make final decisions is to look at the costs.”

The Mail on Sunday reported Fox believes trade with Europe will be damaged by Brexit but this will be outweighed by greater trade with the rest of the world, citing sources saying he had described it as “Europe-minus” and “world-plus”.

“You can’t say we are beacon of free trade in the world and the main thing you achieve is a huge act of protectionism, the biggest in British history,” he told the BBC.

The British government is in the process of formulating its negotiating position ahead of formal divorce talks with the European Union next year.

Anxious businesses have been pressing for more clarity over the future relationship so they can better plan for Brexit.

Britain would consider making payments to the European Union in return for achieving the best possible access to the bloc’s markets for businesses, Brexit minister David Davis said on 1 December.