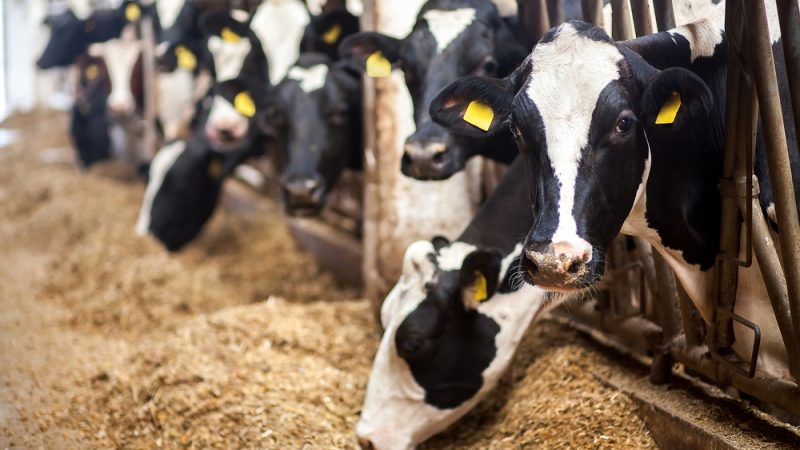 The UK is expected to sign an ambitious liberalising trade pact with Australia, its first major new trade deals since leaving the EU, following a row between ministers on whether to open up the UK market to meat imports. [SHUTTERSTOCK]

The United Kingdom is expected to sign an ambitious liberalising trade pact with Australia, its first major new trade deal since leaving the EU, following a row between ministers on whether to open up the UK market to meat imports.

On Friday (21 May), UK officials confirmed that under the deal set to be offered to Australia, tariffs and quotas on goods trade between the two countries would be phased out over 15 years. Prime Minister Boris Johnson hopes to conclude the deal before a G7 summit that he will host in June.

The ability to cut free trade pacts without the restraints of the EU was touted by Brexiteers as one of the main economic reasons to leave the bloc during and after the 2016 referendum on EU membership.

While the UK has agreed to roll over the terms of almost all of the EU’s existing trade deals with third countries, the EU does not have a trade pact with Australia.

However, there is disagreement among ministers in Johnson’s government, industry and consumer groups on what these trade deals should cover.

In the case of Australia, the trade agreement is likely to lead to a dramatic increase in Australian meat imports into the UK over the coming years. Hugh Killen, the chief executive of the Australian Agricultural Company, has forecast that beef exports could increase tenfold.

Meanwhile, the National Farmers’ Union has warned that small-scale beef and lamb farmers in the UK risk being put out of business by the more intensive Australia meat production industry.

COMING SOON: Be sure to look out for EURACTIV’s live …

The UK International Trade department estimates that a free trade agreement could increase UK exports to Australia by up to £900m.

NFU president Minette Batters has warned that removing tariffs on the meat market would “have a massive impact on British farming”.

“A tariff-free trade deal with Australia will jeopardise our own farming industry and will cause the demise of many, many beef and sheep farms throughout the UK. This is true whether tariffs are dropped immediately or in 15 years’ time,” she added.

Johnson, however, said on Friday that the UK should see these new openings not as threats but as opportunities”.

The row between the government and UK farming unions looks set to be a forerunner of controversies to come in talks with the United States, Canada and Mexico, all of whom are priority countries for the UK.

The US, in particular, is keen to have unfettered access to the UK market for its agrifood sector, and UK government ministers are divided on whether imports of US beef and chicken, which are produced using different sanitary and phytosanitary standards, should be permitted.

Environment and Agriculture Minister George Eustice and his predecessor Michael Gove are both known to oppose allowing these products into the UK market.

That, in turn, could lead to the UK’s regulatory standards diverging significantly away from the EU’s in the future.