Europeans will maintain the right to move to Britain to live, study and work after withdrawal from the European Union in March 2019 until the end of the transition, which the bloc has said should last around 21 months.

Like those who arrive before Brexit, these EU citizens and their relatives will be able to apply for the right to stay indefinitely after five years of continuous residence, and stay for as long as they need to accrue this.

EU says jump and May asks how high:
Theresa May concedes on EU migrants’ residency rights during Brexit transition https://t.co/3hMoQuWOyG

However, they will have to register with the authorities if they stay more than three months — unlike those who are already in the country.

And relatives who want to join them after the transition will have no special status, instead being subject to normal British immigration rules, including a minimum income requirement.

The EU and Britain agreed a deal in December on the rights of around three million EU citizens living in Britain and their relatives.

But Prime Minister Theresa May rejected the EU’s request for these rights to be extended to those arriving during the transition period.

London is hoping that an agreement can be reached by March on the transition, but EU negotiator Michel Barnier has warned that differences on citizens’ rights could delay it. 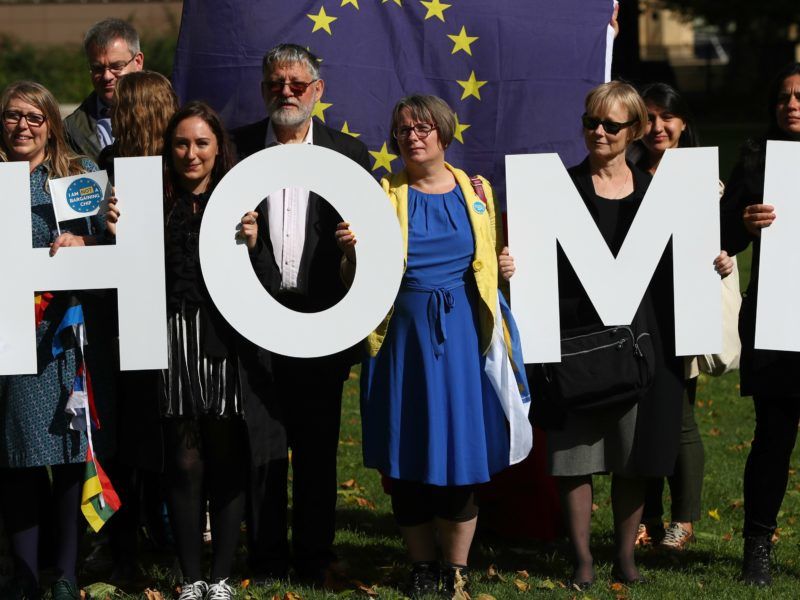 Hundreds of EU nationals living in Britain were joined for the first time on Wednesday (13 September) by British citizens living in the EU for a day of protest in London to demand that MPs protect their rights after Brexit.