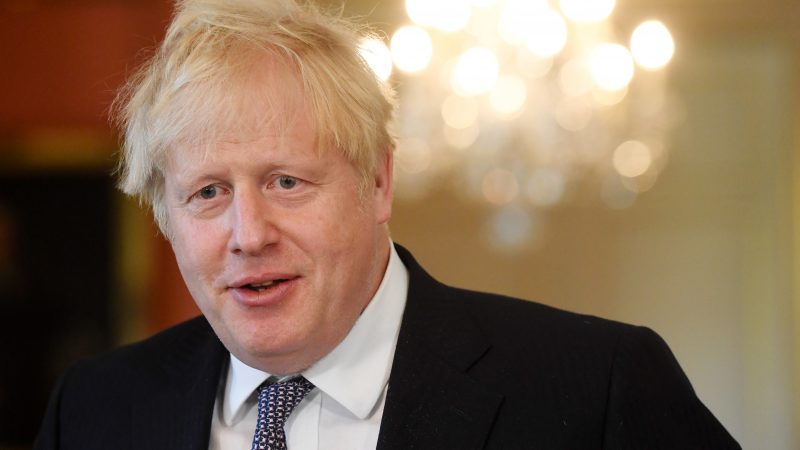 The UK-US “special relationship” has been an article of faith for generations of British leaders. But Prime Minister Boris Johnson is rejecting old pieties as he heads into his first face-to-face talks with President Joe Biden.

The leaders are set to meet on Thursday (10 June) in Cornwall, southwest England, ahead of a weekend G7 summit devoted to the coronavirus pandemic and climate change among other priorities.

Even as a member of the European Union, Britain tended to look west to Washington for foreign policy inspiration. After Brexit, the transatlantic connection between the English-speaking, free-trading democracies might be expected to take on new urgency.

The New York-born Johnson, however, told Biden in a phone call that he “disliked” the phrase “special relationship”, according to a lengthy profile published this week by The Atlantic magazine.

“To Johnson it seemed needy and weak,” the article said, with the prime minister projecting instead his vision of a “Global Britain” that is regaining its vim after ending five decades of EU membership.

“The prime minister’s on the record previously saying he prefers not to use the phrase,” Johnson’s official spokesman told reporters in response to The Atlantic profile.

“But that in no way detracts from the importance we regard our relationship with the US, who are our closest ally.”

For the White House at least, the phrase remains in currency.

With Johnson, Biden will “affirm the enduring strength of the special relationship”, before stressing US priorities at the G7 including shared democratic values, climate change and pandemic recovery, according to press secretary Jen Psaki.

The relationship — special or otherwise — is back on a more even keel after Biden succeeded Donald Trump in January, choosing Johnson as his first European leader for a post-inauguration phone call.

While the former journalist Johnson is seen as a populist in the hue of Trump, and has a trail of off-colour remarks in print bashing Democrats and Biden’s old boss Barack Obama, he is far more in tune with this White House on the biggest crises.

The two leaders share a determination to combat climate change, and their governments have adopted similar views on the challenges posed by Moscow and Beijing, as Biden heads on to a separate summit with Russian President Vladimir Putin in Geneva.

Just prior to the Cornwall summit, Britain signed on to Biden’s push for G7 countries to adopt a minimum floor for rates of corporate taxation, in a bid to stop multinationals such as tech giants from gaming the global tax system.

And the two governments have taken the heat out of a Trump-era trade row that gave a bad taste to makers of Scottish whisky, among other sectors.

But there is some tension over Northern Ireland, with the White House uneasy at Britain’s attempts to row back on its post-Brexit trade commitments to the EU, threatening the fragile peace in the province.

International relations expert Julie Norman at University College London said the outcome of UK-EU talks on Wednesday over Northern Ireland is likely to play into the Johnson-Biden meeting the next day.

The White House has warned London that any retreat on Northern Ireland’s 1998 peace accord, which was brokered by Bill Clinton’s administration, could imperil slow progress towards a US-UK trade deal.

“Biden was pretty forceful in his comments on that, even during the campaign, even before he was elected, saying how much he wanted to ensure that whatever happened that the Good Friday Agreement was protected,” Norman told AFP.

“So he was really speaking those words quite clearly to Johnson.”

But more broadly, Norman added, the notion of a special relationship is “more than just rhetoric” on both sides even if Johnson would prefer to reframe its portrayal.

“At the end of the day the relationship, the alliance is strong, and I think that’s what matters whatever adjective we attach to it,” she said.

British finance minister Rishi Sunak is pushing for the City of London to be exempt from a new global minimum corporation tax system championed by the Group of Seven (G7) economies, the Financial Times reported on Tuesday.

An official close to the talks said the UK was among those countries pushing “for an exemption on financial services” over fears that global banks with headquarters in London could be affected,

Sunak raised the issue at the G7 ministerial talks in London, the report added, citing people briefed on the talks.

The UK treasury department did not immediately respond to a Reuters request for comment outside business hours.

Sunak is expected to make the case that the City of London should be exempt from the plan when talks move to the G-20 next month, the report added.

“Our position is we want financial services companies to be exempt and EU countries are in the same position,” the report quoted one British official as saying.

The United States, Britain and other large, rich nations reached a landmark deal last weekend to squeeze more money out of multinational companies as they backed a minimum global corporate tax rate of at least 15%.