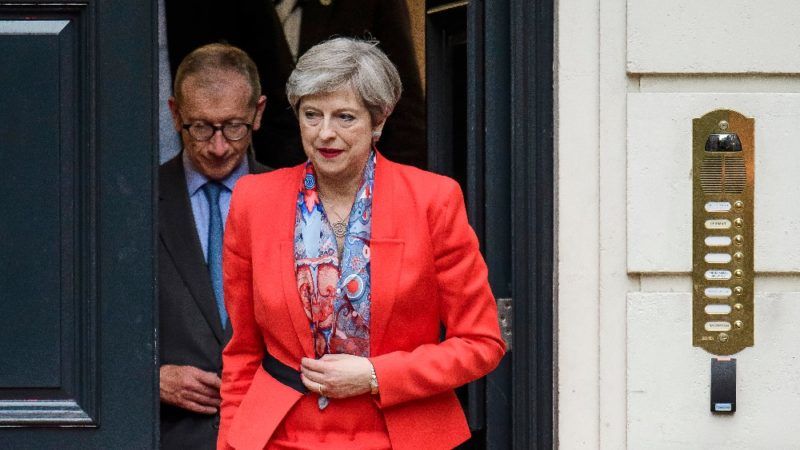 Theresa May faces a new showdown with Brexit rebels this week.

The so-called “exit bill” is one of the first issues on the Brexit negotiating agenda, and also one of the most contentious. The EU has floated a figure of €60 billion, while Britain has not indicated how much it would be prepared to pay.

The Sunday Telegraph reported that Britain would be willing to pay up to €40 billion, citing three unnamed sources familiar with Britain’s negotiating strategy.

“In terms of this figure, I don’t recognise it,” May’s spokesman told reporters.

“The prime minister made clear in the letter triggering Article 50 (the EU exit process) that the UK and the EU need to discuss a fair settlement of both our rights and obligations as an EU member state.”

Britain has less than two years to negotiate the terms of its exit from the EU – an unprecedented untangling of more than 40 years of legal, economic and political ties. Early rounds of talks have made little progress, with the EU’s negotiating team demanding more clarity from Britain on what it wants.

When asked whether Britain and the EU were expecting to come up with a firm figure for the exit bill at this stage in the talks, or a less precise agreement covering the rules which would be used to calculate it, the spokesman said:

“I’m not getting into a running commentary on the negotiations or the precise structure of them.”

The bill is expected to be made up of money Britain has already committed to the multi-year EU budget, ongoing financial risks it agreed during its membership to help cover, and a contribution to the pension scheme for EU officials.

The size of the bill will also heavily depend on the shape of Britain’s transitional agreement – a staggered exit process which could see the government paying into EU regulatory schemes while new domestic ones are established.

Britain has yet to set out what kind of transitional deal it is seeking, making estimates of the final bill difficult to calculate.

As well as finding a deal that satisfies both an EU establishment keen to deter other members from trying leave, and the strained purse-strings of the British budget, May must also reach an amount her own political party is prepared to swallow.

Some eurosceptics within her own party argue Britain should not have to pay anything at all, and any settlement perceived to be generous to Brussels could prompt revolt within the Conservative ranks.

After May lost her majority in a national election earlier this year, a rebellion of more than a dozen or so Conservatives would endanger her chances of getting the Brexit deal, and all the necessary supporting legislation, approved by parliament.