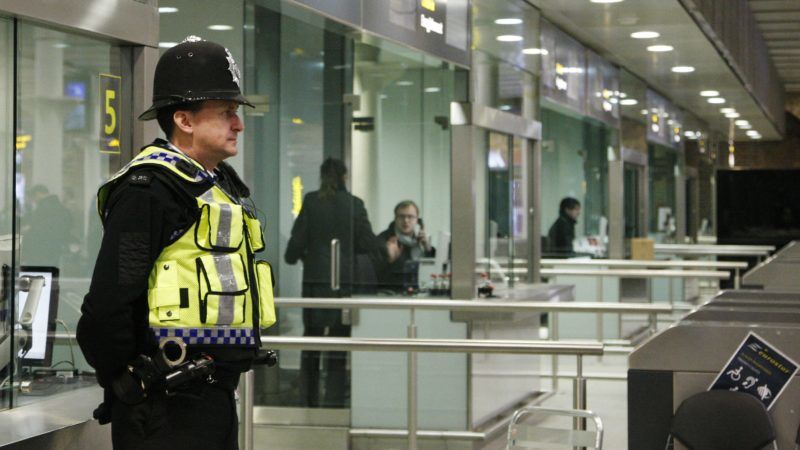 UK government authorities and businesses will not be prepared for life outside the EU’s single market regardless of whether talks on a post-Brexit trade deal bear fruit, the Institute for Government (IfG) think tank said on Tuesday (3 November). [Luke MacGregor/REUTERS]

UK government authorities and businesses will not be prepared for life outside the EU’s single market regardless of whether talks on a post-Brexit trade deal bear fruit, the Institute for Government (IfG) think tank said on Tuesday (3 November).

“Even if the UK civil service has the necessary resources to do so, the devolved administrations, local authorities and businesses may well be overwhelmed,” the IfG argued in a report ‘Preparing Brexit: How Ready is the UK?’

Although UK ministers have piloted new immigration and agriculture bills through Parliament, the future state aid regime and a domestic replacement of the EU’s structural funds, known as the Prosperity Fund, are still unclear.

The government has been criticised by business leaders for its brinkmanship in trade talks with the EU, who point out that if talks fail, firms will only have a matter of weeks to prepare for new border checks and paperwork.

The UK only announced funding for 500 new border and customs posts in July, prompting Tony Smith, the former director-general of the UK Border Force, to say that the funding was “obviously welcome” but “a bit late in coming”.

“Disruption in January is inevitable,” said Maddy Thimont Jack, associate director at the IfG, who said that the effects of the COVID-19 pandemic would increase the strain in terms of cash and resources on government to cope.

“In choosing not to extend the transition period, the Government set itself and business the difficult task of preparing for Brexit alongside a global pandemic. But even if the Government is able to get its own house in order, businesses will struggle,” report author Joe Marshall said.

Having formally left the EU in January, the transitional period, during which the UK remains in the single market, expires at the end of this year.

“At any point, this would pose a steep challenge for the government, but the pandemic makes it so much harder. Ministers will need to be prepared to make difficult decisions about where to prioritise resources come January,” said Thimont Jack.

The two sides are getting closer to agreeing a tariff and quota free trade agreement, and both EU chief negotiator Michel Barnier and his UK counterpart David Frost will brief political leaders on progress on Wednesday.

Barnier will update representatives of the EU’s 27 member states, while Frost will brief Johnson and other Cabinet ministers.

The IfG report also predicted that the Northern Ireland protocol will not be implemented on time since new IT systems and infrastructure for border control posts will not be ready.

Meanwhile, on Tuesday, a spokesperson for Prime Minister Boris Johnson confirmed that the UK government had ignored the EU’s deadline for replying to its formal letter of notice about the controversial Internal Market Bill, which would unpick parts of the Withdrawal Agreement that took the UK out of the bloc.

However, the spokesman said that London remained “committed to working through the joint committee process to find a satisfactory outcome for both sides.”

In Brussels, the European Commission said it was considering legal proceedings against the UK on the Internal Market Bill.

“I can confirm that the EU has received no reply from the UK, therefore we are considering next steps, including issuing a reasoned opinion [of the European Court of Justice],” a European Commission spokesperson told reporters on Tuesday.

The Internal Market Bill, which would give UK ministers the power to unilaterally override the Northern Ireland protocol, is set to be voted on by the House of Lords in the coming weeks.